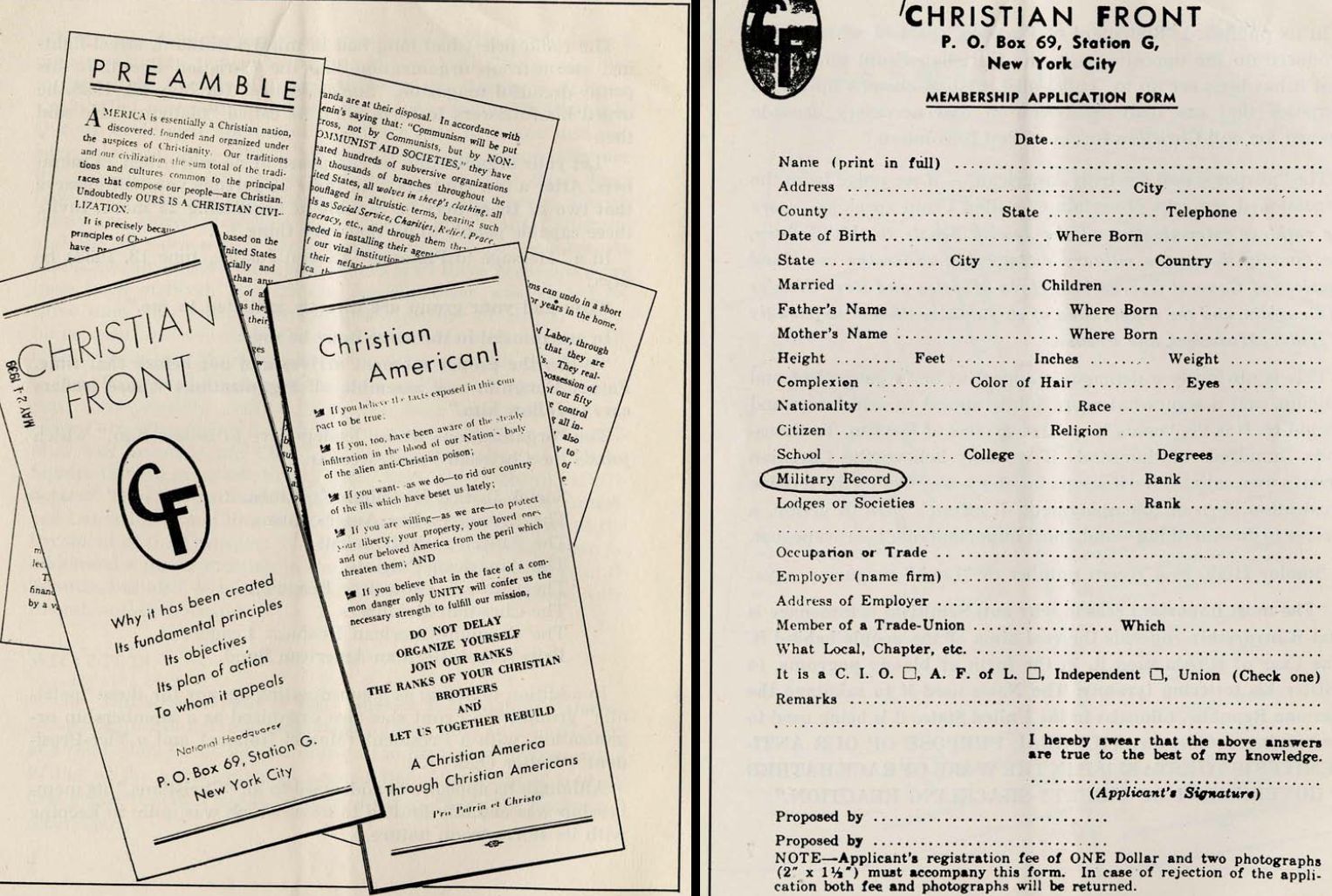 The Christian Front was a predominately Catholic group of working class Irish and German Americans in the USA from 1938 to 1940. The motto of the organization was "For Christ and country". 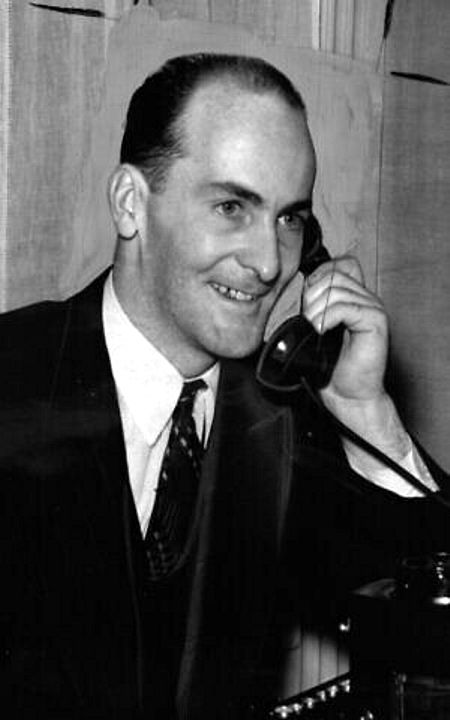 Francis Moran, New England director of the Christian Front, on January 16, 1940, the day after the New York Christian Front arrests were reported in the press. 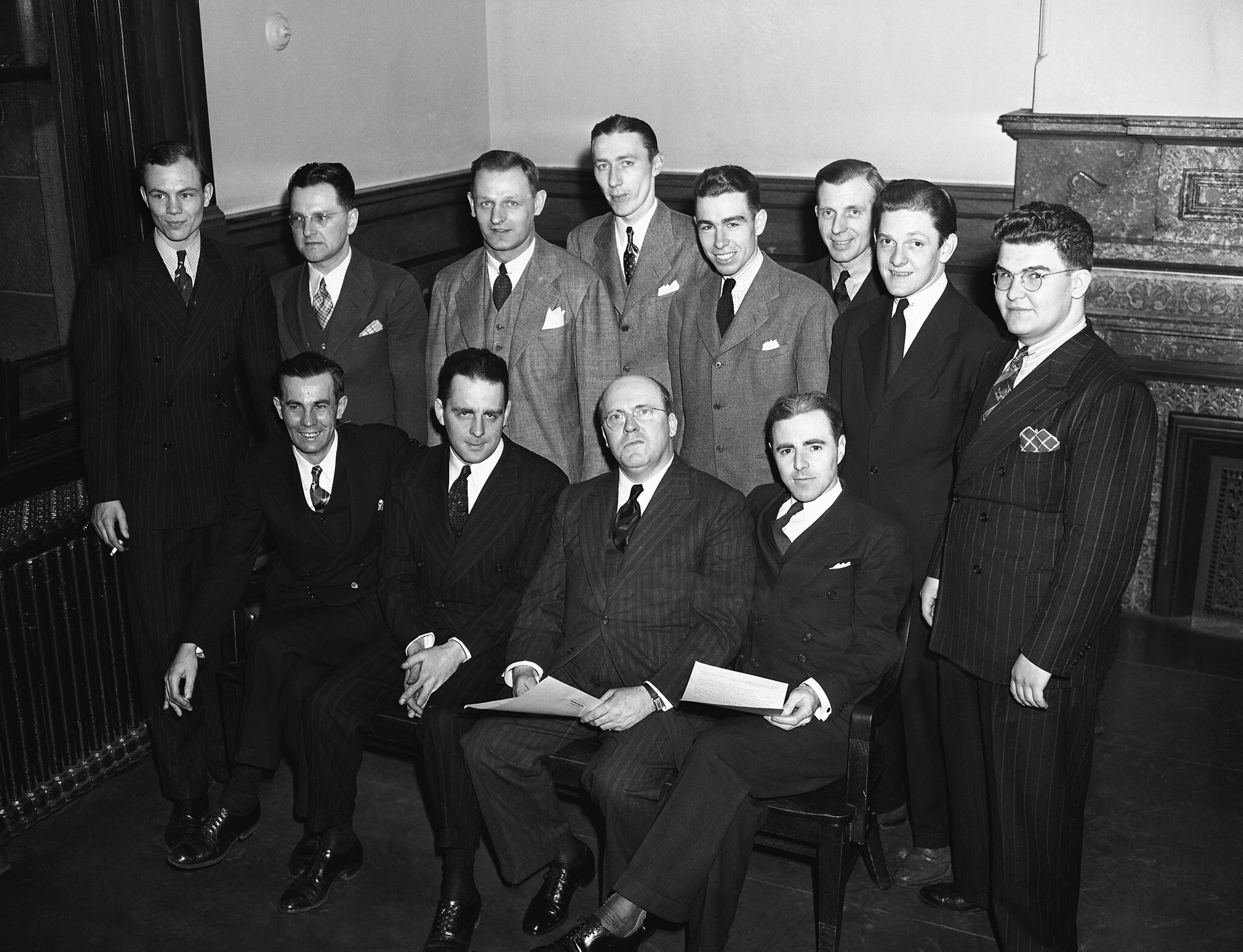 The Christian Front trial in New York on April 9, 1940

The Christian Front began to sell Father Coughlin’s newspaper Social Justice on the streets of the city. At one time they had nearly five hundred salesmen in the streets of New York.[3]

In 1939 the Christian Front held its first meeting at the Church of St. Paul the Apostle at Columbus Circle and 59th Street in New York City. Many of the early members were also members of the German American Bund.[4] By the Fall of 1939 Christian Front membership had spread to the major cities of Philadelphia, Pittsburgh, Boston, Cleveland, Cincinnati, Chicago, Minneapolis, St. Louis and Detroit.[5]

The Christian Front welcomed Protestants to join them in the fight against communism. Christian Front speakers called for Christian unity, to "Think Christian", and to buy from only Christian businesses and to boycott Jewish merchants.

On January 14, 1940, eighteen members of the Christian Front were arrested and later indicted for allegedly plotting to overthrow the government of the United States.[6] A "Parents' Defense Fund Committee" was ogranized to collect money and hold rallies on behalf of the defendants. A rally was held on March 1, 1940, at Prospect Hall, Brooklyn, to raise money for defense expenses, Bernard T. D'Arcy and Father Edward Lodge Curran were the speakers.