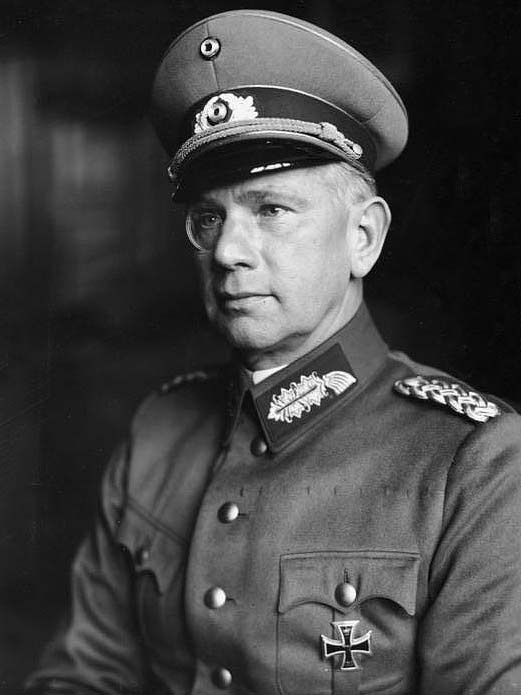 Walther von Reichenau (8 October 1884 – 17 January 1942) was a high-ranking German officer who participated in the German invasions of Poland, France, and the Soviet Union. He died in 1942 due to a stroke and/or head injuries from a medical aircraft crash landing.

He is alleged to have been an ardent National Socialist and to have been involved in various atrocities, such as issuing the Severity Order / Reichenau Order and the Babi Yar and Bila Tserkeva massacres, but despite this at the same time to have been a member of the German resistance.