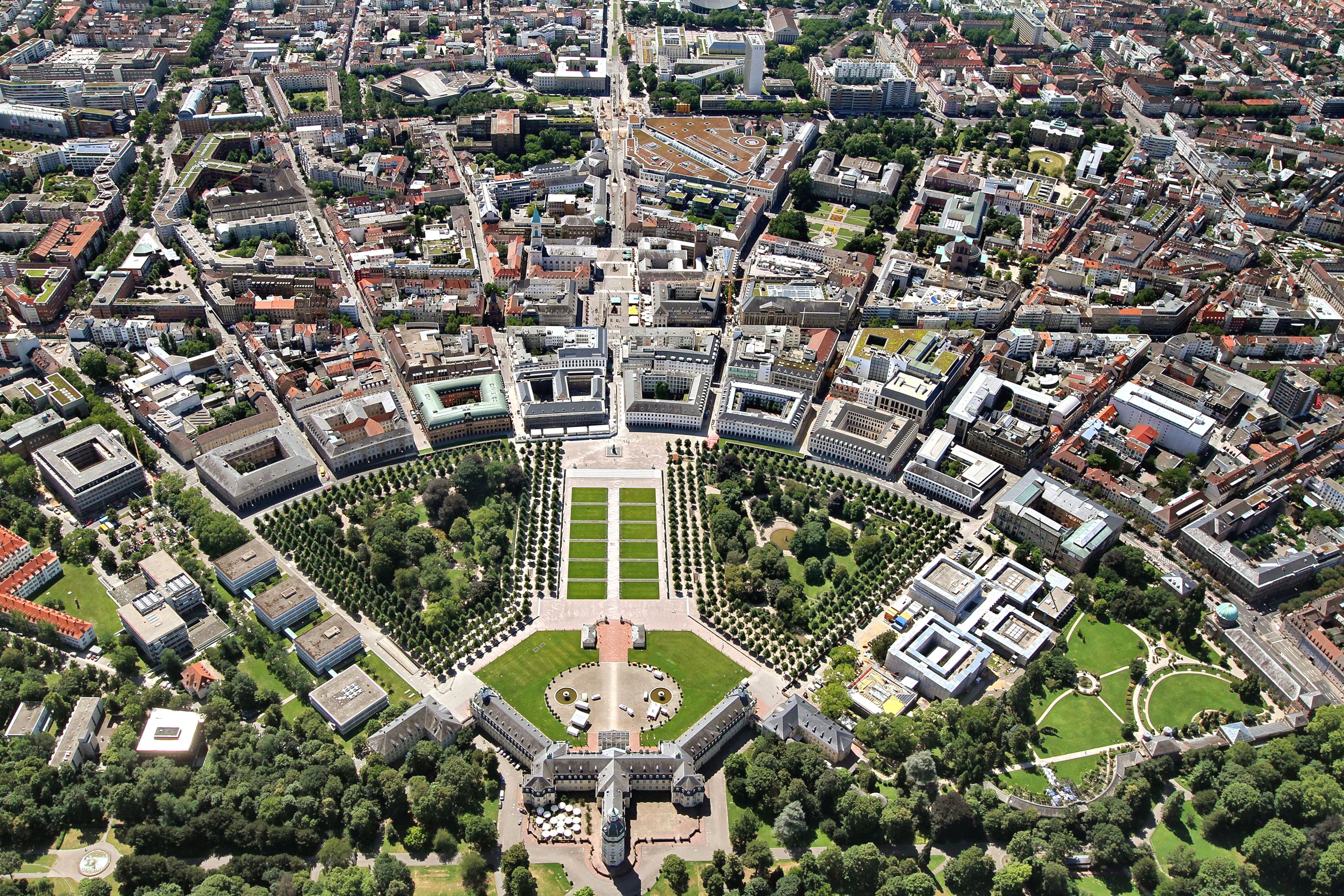 Karlsruhe is a city on the Rhine in the state Baden-Württemberg in Germany. It is in the north of the Black Forest, close to the French border and has 308,436 inhabitants (31 December 2020). Karlsruhe is also a governing district (Regierungsbezirk) of Baden-Württemberg. The District is subdivided into the three regional associations: Mittlerer Oberrhein (Middle Upper Rhine), Rhein-Neckar (Rhine-Neckar) and Nordschwarzwald (Northern Black Forest). 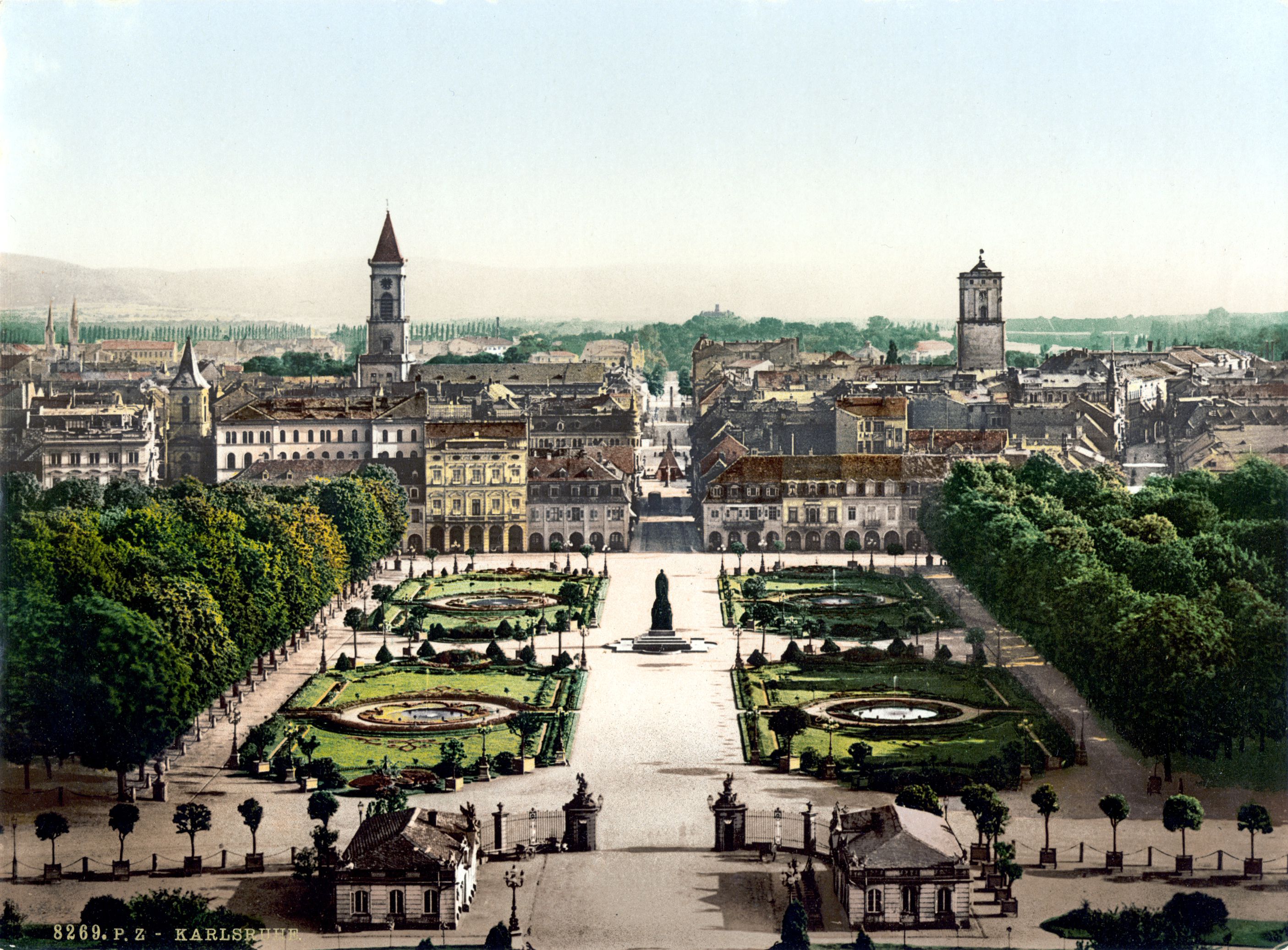 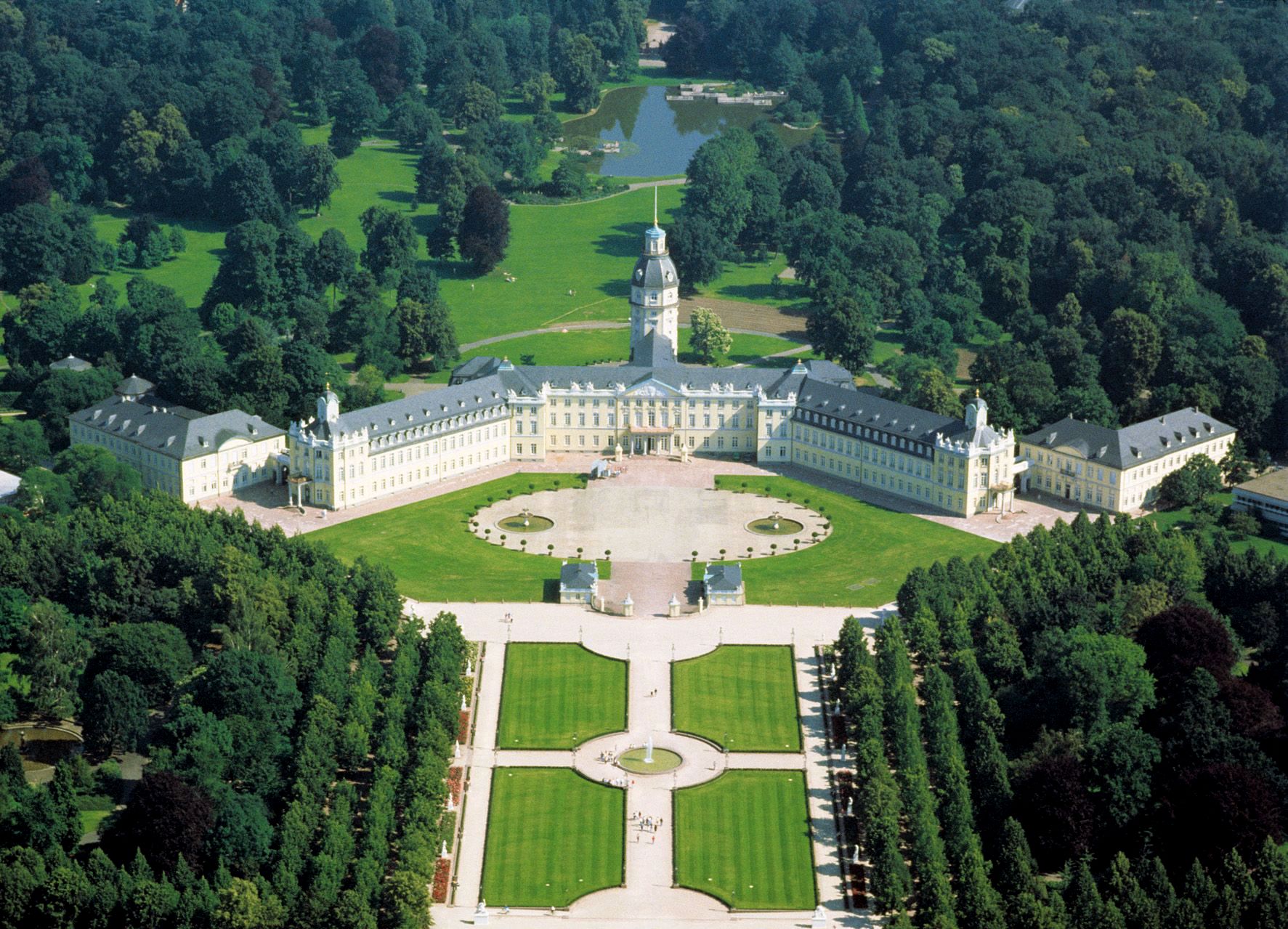 The city was founded in 1715 by margrave Karl Wilhelm von Baden. The city was laid out on the drawing board. It consists of a central circle, containing the castle, and streets running towards the castle as radial "spokes". This pattern is still visible today. Due to the fan-like layout, Karlsruhe is known as the "fan city" (Fächerstadt). The Rhine valley, where Karlsruhe is located, is the warmest part of Germany because it is only about 115 m above sea level and there are mountains in the east (black forest) and west (vogesen). Therefore, Karlsruhe has more sunny days than many other parts of Germany. There isn't a lot of tourist traffic to Karlsruhe. Tourists generally tend to gravitate towards the cities of Heidelberg (50 km to the north) and Freiburg (100 km to the south), with their well-preserved old towns. It's a shame though, as Karlsruhe's radial layout is one of the best early examples of New Urbanism, and is really a joy to explore. Maybe that's a benefit to travelers who do venture there, as the number of visitors is low enough to be sort of a novelty for the locals. Karlsruhe is home to the two highest federal courts of Germany, the Bundesverfassungsgericht (Federal constitutional court) and the Bundesgerichtshof (Supreme federal court). Because of this and other administrative facilities, Karlsruhe has a reputation as a city of civil servants. Karlsruhe has a large technical university, as well as several other colleges.[1]

Karlsruhe, city, Baden-Württemberg Land (state), southwestern Germany. It lies at the northern edge of the Black Forest, northwest of Stuttgart and just a few miles from the Rhine River. It was once the capital of the former Baden state, and it is now the seat of Germany’s Federal Constitutional Court (Bundesverfassungsgericht). It originated in 1715 when Karl Wilhelm, margrave of Baden-Durlach, built a castle near his hunting lodge, Karlsruhe (“Karl’s retreat”). The castle tower became the focal point of a fan-shaped town layout. Friedrich Weinbrenner gave it its essential character by erecting many buildings in Neoclassical style, including the town hall and the Evangelical and Roman Catholic churches. The city sustained severe damage in World War II, but many noteworthy buildings have been restored.[2]