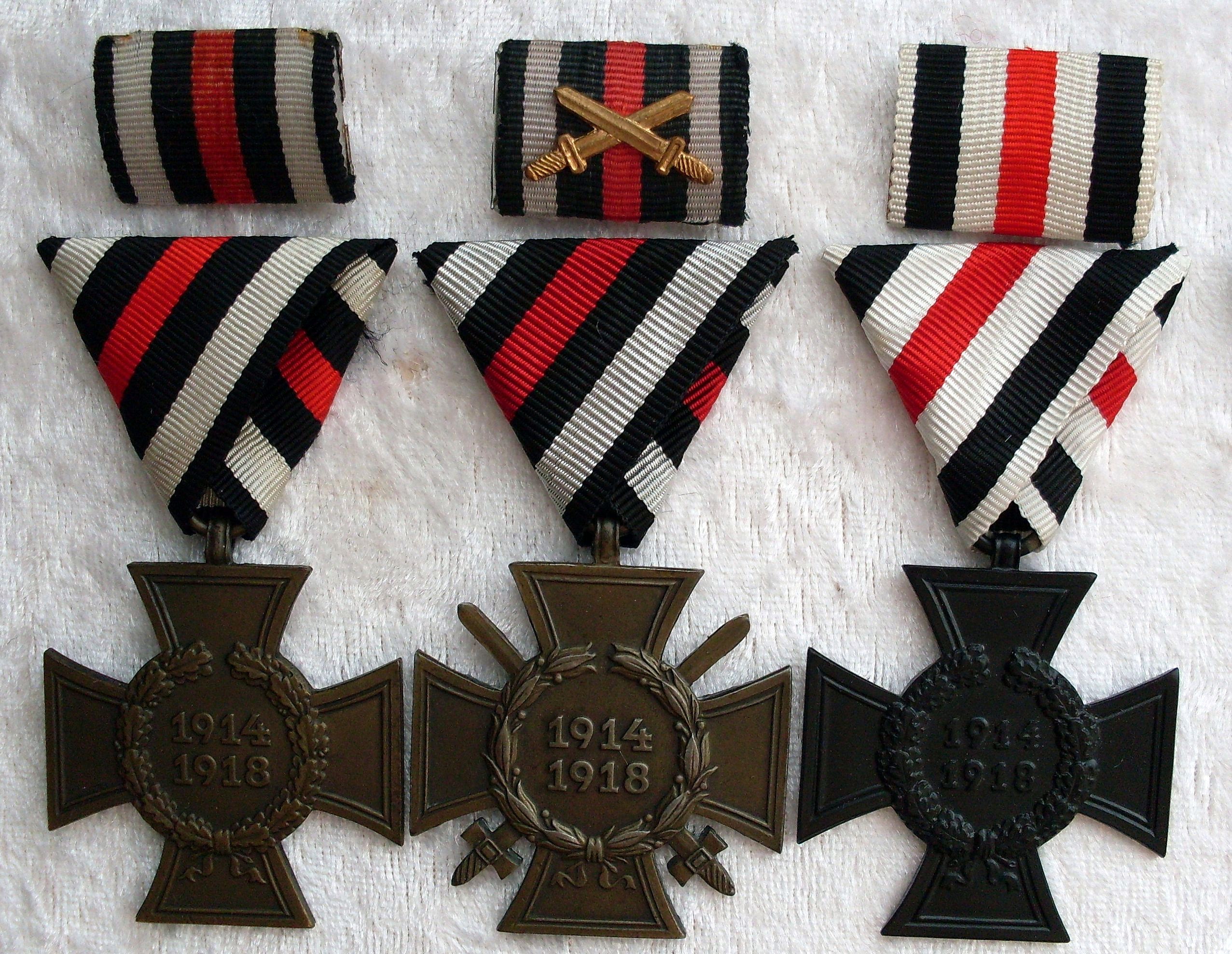 The Honour Cross of the World War 1914/1918 (German: Ehrenkreuz des Weltkrieges 1914/1918), also inofficially known as the Hindenburg Cross, was the German WW I Service Cross established by Reichspräsident (President of the German Reich ) Generalfeldmarschall Paul von Hindenburg by decree dated 13 July 1934 in order to commemorate the service of the German people and sometimes their allies of the Central Powers (German: Mittelmächte) during the First World War as well as on the battlefield as on the home front between 1 August 1914 and 31 December 1918. 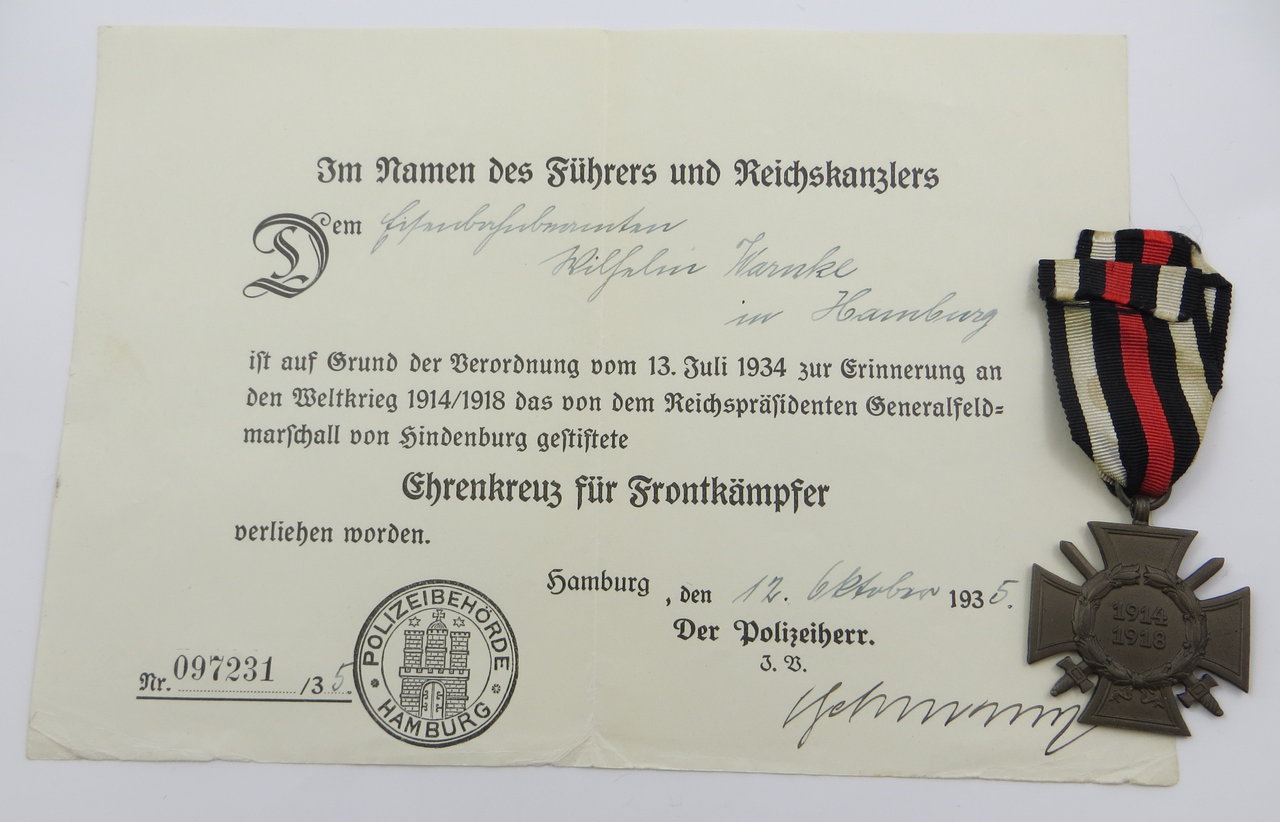 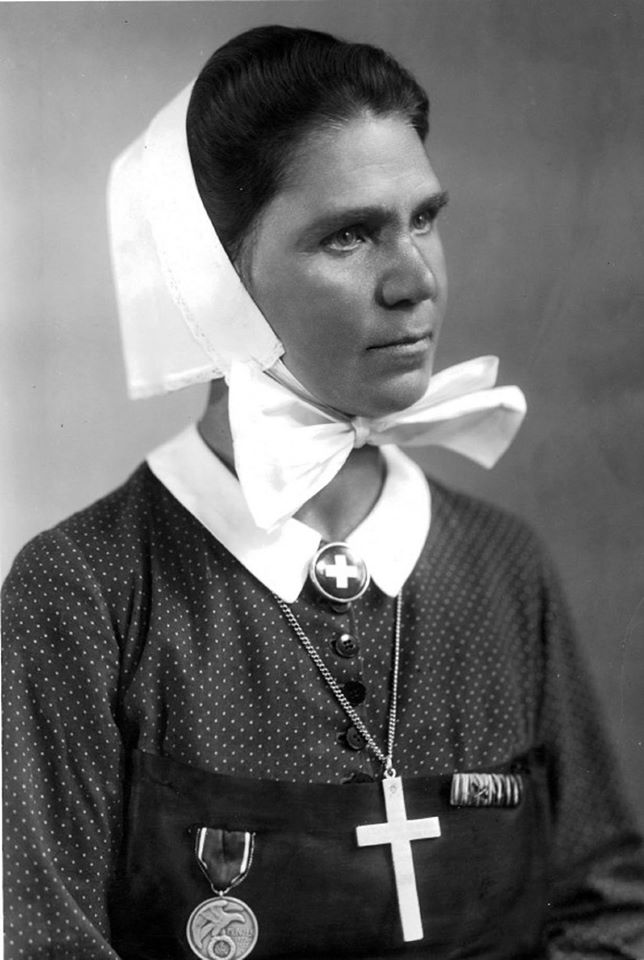 The Catholic nun Schwester Pia (Eleonore Baur; 1885–1981)[1] had not only the Honour Cross with swords, but also the famous Blood Order, along with many Red Cross awards, but also Freikorps awards.

After the accession of Austria to National Socialist Germany the soldiers of the k. u. k. Armee (de), now once again German nationals, would per decree dated 30 November 1938 also receive the Honour Cross of the World War. By 1940, it had also been approved for persons of German heritage/descent from the freed lands of the Sudetenland, Danzig, Saar and Memel. Awarding of the cross to war participants of German heritage continued after the deadline for applications had closed within the previous boundaries of Germany. Such Honour Crosses were still being awarded as late as 1944. For all attached military personnel outside these regions, the Führer, through the ordinance of 30 June 1942, had already ordered approval of these awards.