From Metapedia
(Redirected from The Führer)
Jump to: navigation, search 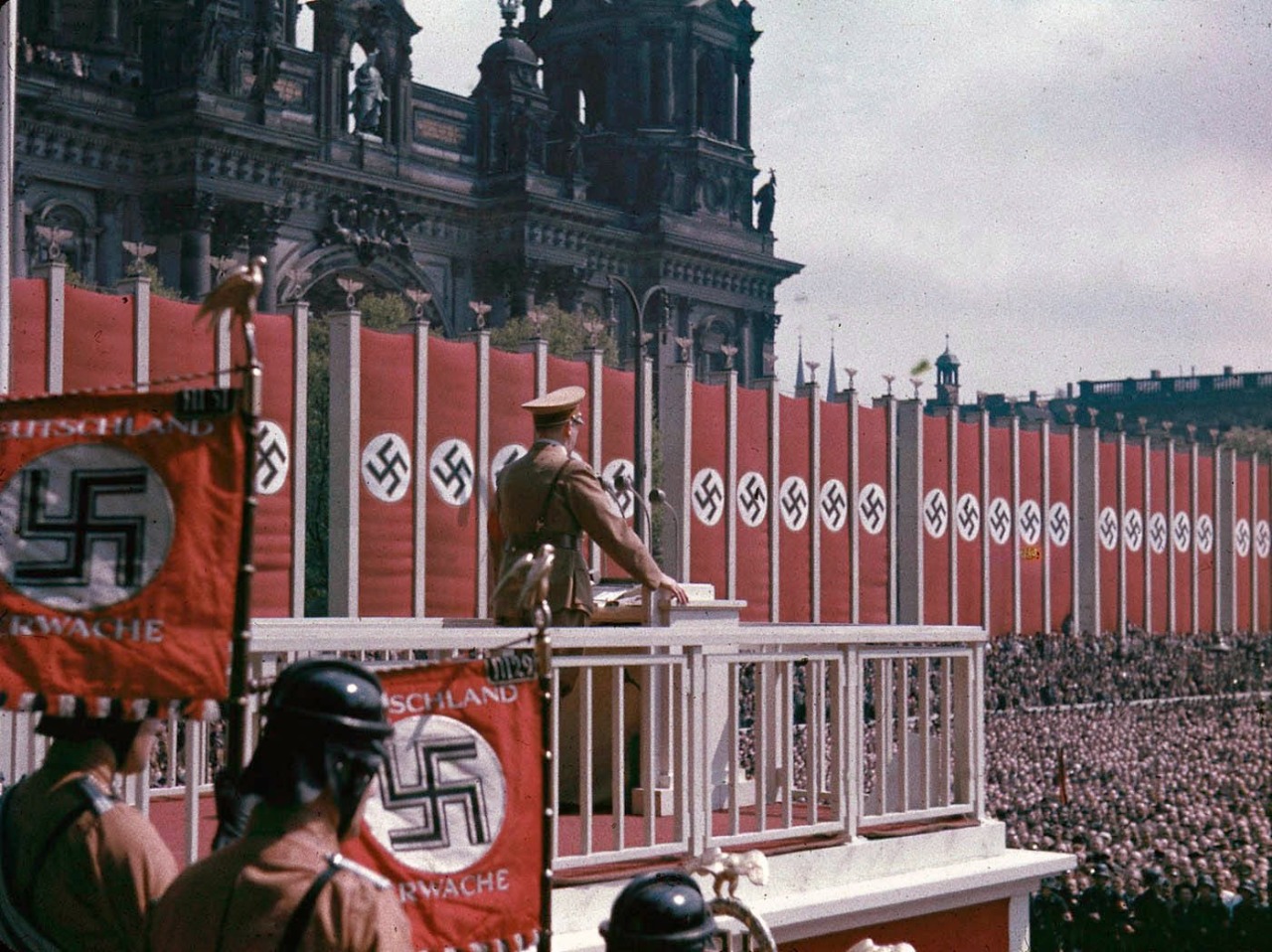 Führer (spelled "Fuehrer" when the "ü" character is not available) is a German word meaning "leader" or "guide" (e.g. Fremdenführer = tourist guide, Bergführer = mountain guide, etc.) originating from Führung (leadership). It was and still is a common word in the German language, including in compounds (e.g. Führerschein = driver's license, Flugzeugführerschein = pilot's license, etc.).

As a political title it is associated with the Adolf Hitler, with Hitler being referred to as just der Führer ("the Leader"), although his official title was "Reichspräsident and Reichskanzler in personal union". This has caused guilt by association, so now the word, especially when not part of compounds and in political contexts, may be viewed negatively and avoided. Within the Party's paramilitary organizations, the Sturmabteilung (SA) and its later much more powerful offshoot, the Schutzstaffel (SS), "führer" was the root word used in the names of their officer rankings.

Many other titles, in many languages, also etymologically means "leader" or something similar, but are not considered politically incorrect.