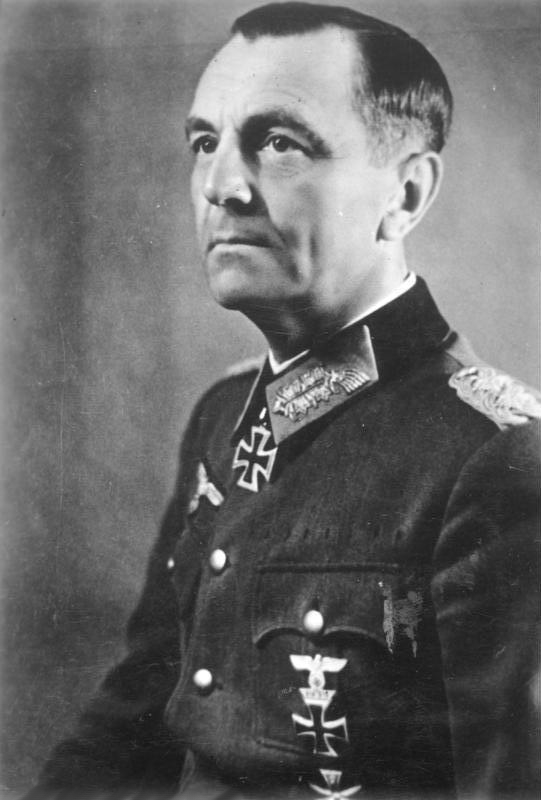 Friedrich Wilhelm Ernst Paulus (b. 23 September 1890 in Guxhagen, Kingdom of Prussia, German Empire; d. 1 February 1957 in Dresden, East Germany) was a German Officer of the Prussian Army, the Imperial German Army, the Freikorps, the Reichswehr and the Wehrmacht, at last Generalfeldmarschall and recipient of the Knight's Cross of the Iron Cross with Oak Leaves. From 1953 to 1956, he lived in Dresden, East Germany, where he worked as the civilian chief of the East German Military History Research Institute. 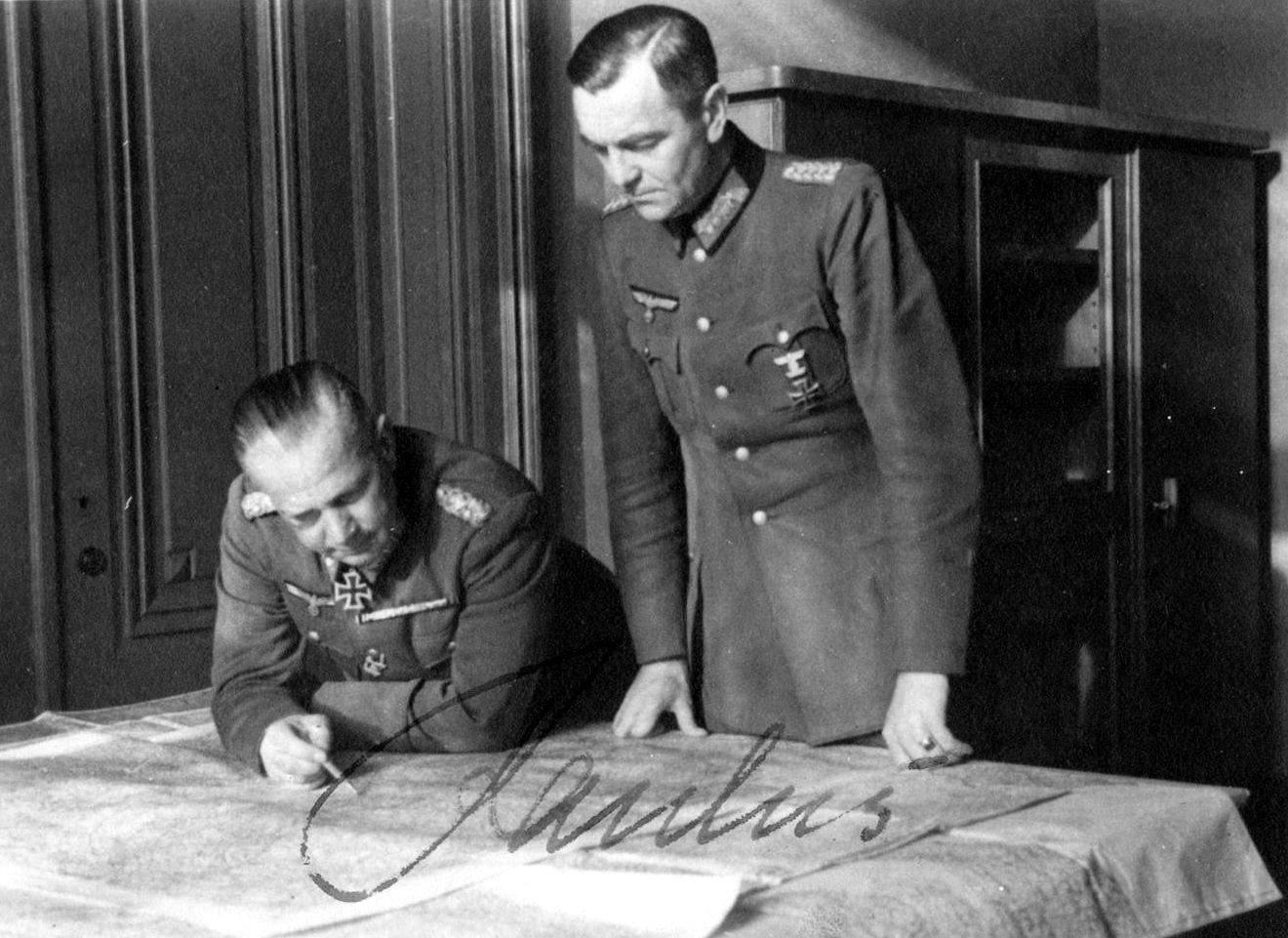 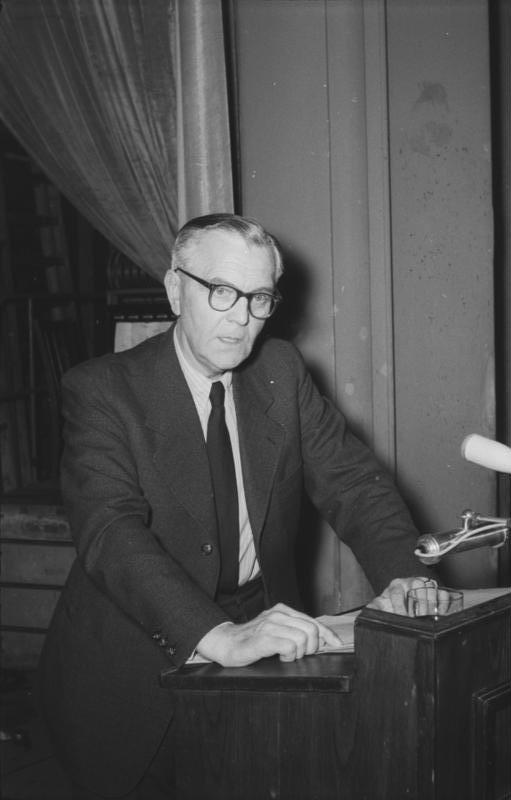 Paulus had been a staff officer, doing paper work, having never even commanded a regiment, and appointing him as commander of the 6th Army has been described as a mistake. On the second to last day of the battle, Adolf Hitler promoted Paulus to the second highest military rank, field marshal. In his last message, Hitler stated that "not one German field marshal has ever been taken prisoner", expecting Paulus to commit suicide, but he instead surrendered.

After this, in Soviet captivity, Paulus first refused to collaborate with the Soviet Union, but changed his mind as Germany's situation worsened and a friend was executed after the July 20 plot. Paulus participated in Soviet anti-German propaganda. He was a prosecution witness during the Nuremburg Trials, testifying against Wilhelm Keitel and Alfred Jodl, who were executed. After the war, while other prisoners of war from Stalingrad died in the Gulag system, Paulus lived in relative comfort in a dacha near Moscow, continuing to contribute to Soviet propaganda. He moved to East Germany after Stalin's death.[1]

Paulus is most known for commanding the 6th Army's assault on Stalingrad during Operation Blue in 1942. The battle ended in disaster for Germany when approximately 300,000 soldiers of the Wehrmacht, Axis allies, and Hilfswilligers were encircled and destroyed in a massive Soviet counter attack in November 1942. Paulus surrendered to Soviet forces in Stalingrad on 31 January 1943, a day after he was promoted to the rank of Generalfeldmarschall by Adolf Hitler. Hitler expected Paulus to commit suicide, citing that no German field marshall was ever captured by enemy forces.

While in Soviet captivity, he became a vocal critic of the National Socialist regime and joined the Communist-sponsored National Committee for a Free Germany. He was released in 1953, earlier than most other surviving German POWs.

Paulus while being a Communist prisoner made various statements supporting Communist views. He stated that "Communism was the best hope for post war Europe."[2]

Only 6,000 (out of the 127,000 soldiers that were captured in Stalingrad) would make their way home after the War back to a de-Nazified and destroyed nation and Paulus happened to be one of them.[2] After the capture at Battle of Stalingrad in 1943, Stalin gave special protection to Paulus.

After WW2, Paulus lived at a house in Moscow suburb with a servant and a cook for couple of years under Stalin’s rule [3]. This is the same Stalin who is responsible for the death of 20 to 56 million (depending on the source) Russians and who rejected exchanging German prisoners for the return of his own son "Yakov Dzhugashvili" by reportedly stating "I have no son named Yakov."[2][4]

On August 8, 1944, Paulus claimed that "This is a war started by Hitler in peacetime, a war of conquest and pillage the likes of which world has never seen, fought with methods which are unprecedented in World History."[3] At Nuremberg trial, Paulus testified against his superiors - Goring, Keitel, and Jodl. When Paulus was asked how the prisoners were, knowing very well that over 90 % were already dead, he told a journalist in Nuremberg to tell the wives and mothers that the Stalingrad prisoners were well.[3]

In late 1956, Paulus developed amyotrophic lateral sclerosis and became progressively weaker. He died within a few months, in Dresden, on 1 February 1957, 14 years after the surrender at Stalingrad. As part of his last will and testament, his body was transported to Baden, West Germany, to be buried next to his wife, who had died eight years earlier in 1949, not having seen her husband since his departure for the Eastern Front in the summer of 1942. On one of the final Luftwaffe flights out of Stalingrad, Paulus had sent his wedding ring to his wife.

Friedrich Paulus was the so of the accountant (later district administration inspector and penal institution official) Ernst Paulus and his wife Berta Elwira, née Nettelbeck. After the family's move to Kassel he visited the "Wilhelms-Gymnasium", where he graduated 1909 with Abitur. He tried, unsuccessfully, to secure a cadetship in the Imperial German Navy and briefly studied law at Marburg University from October 1909 until February 1910 before entering the Prussian Army on 18 February 1910.

In 1912 Leutnant Paulus married his fiancée, the Romanian noble daughter Constance "Coco" Elena Rosetti-Solescu (b. 25. Januar 1889). Her brothers Effrem und Konstantin both served in the 3. Badisches Infanterie-Regiment „Markgraf Ludwig Wilhelm“ Nr. 111 at the same time as Paulus. Constance, after a serious illness, died on 9 November 1949 in Baden-Baden, where her son Ernst Alexander lovingly cared for her.

Friedrich and Coco had three children (a daughter and twin sons): 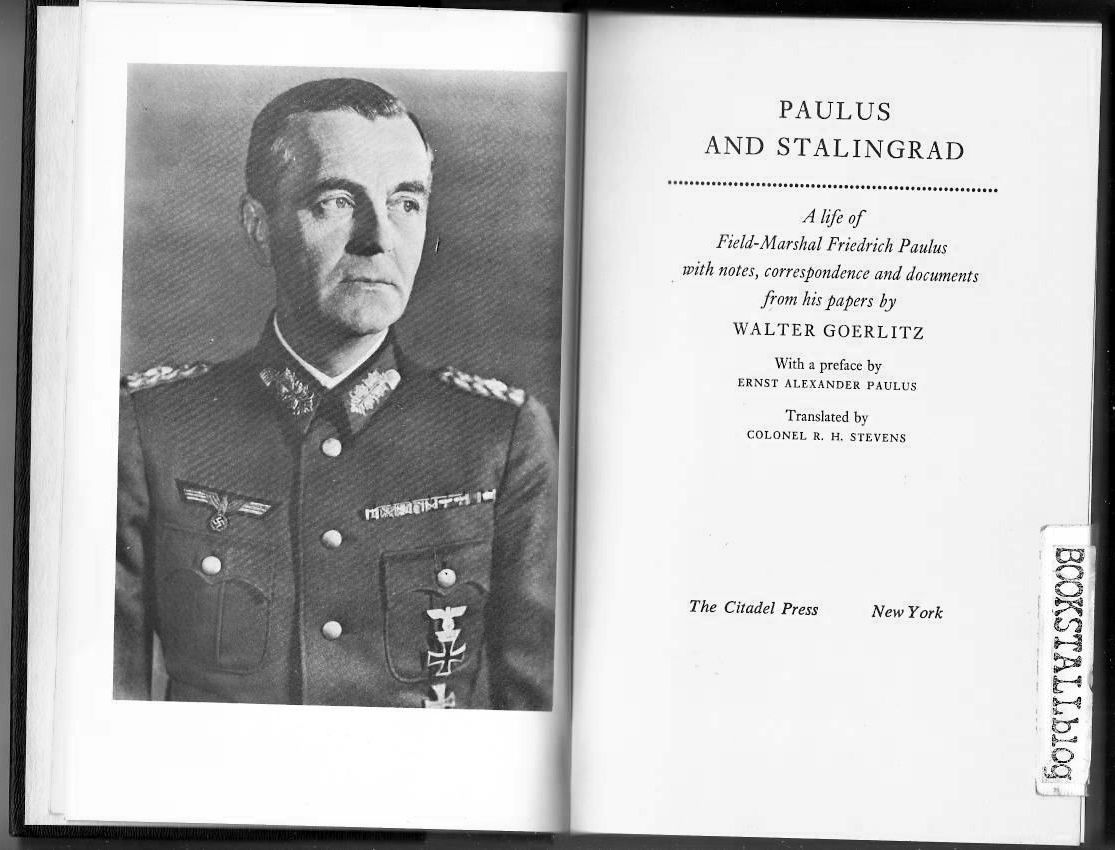