From Metapedia
(Redirected from Stalingrad)
Jump to: navigation, search 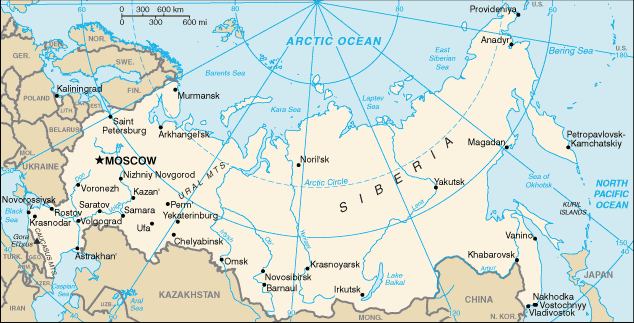 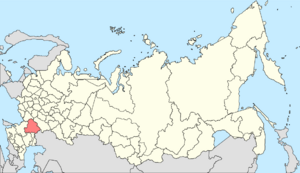 Location of the Volgograd administrative division.

Volgograd originated with the foundation in 1589 of the fortress of Tsaritsyn at the confluence of the Tsaritsa and Volga Rivers. The fortress Sary Su (a local Tatar language name meaning: Yellow Water/River), was established to defend the unstable southern border of Tsarist Russia. It soon became the nucleus of a trading settlement. It was captured twice by Cossack rebels, under Stepan Razin in the rebellion of 1670 and Yemelyan Pugachev in 1774. Tsaritsyn became an important river port and commercial centre in the 19th century.

The city was the scene of heavy fighting during the Russian Civil War. Bolshevik forces occupied it during 1918, but were attacked by White forces under Anton Ivanovich Denikin.

The first name of the city, Tsaritsyn, was first mentioned in English explorer Barry in 1579, but did not refer to the city, and to the island on the Volga. Origin of the name is usually traced back to the Turkic "Sary-Su" (yellow water) or "Sary-Sin" (Yellow Island). The date of founding of the city considered to be July 2, 1589, when the name Tsaritsyn fortress was first mentioned in a royal charter. The fortress was located slightly above the confluence of the Volga River Queen on the right bank.

Before the Tsarina in the mouth of the river there was a settlement of the Queen of the Golden Horde.

In 1607 the fortress was a revolt against the king's troops, suppressed six months later. In 1608 the city had the first stone church - St. John the Baptist.

At the beginning of the seventeenth century the garrison consisted of 350-400 people.

In 1670 the fortress was taken by troops of Stepan Razin, who left her a month. In 1708, about a month as a fortress in the hands of insurgent Cossacks Kondrati Bulavin. In 1717, he was sacked by the Crimean Tatars and Kuban. Later, in 1774, the city unsuccessfully stormed Yemelyan Pugachev.

In 1691 in Tsaritsin established customs. In 1708 Tsaritsyn assigned to the Kazan province, in 1719 - to Astrakhan, from 1779 in the Saratov Viceroyalty. In 1773 the city became the provincial and district town in 1780 Saratov governorship (later province). According to the census in 1720 in the city's population 408 people.

The population of the city in the XIX century, increased rapidly: in 1807 in Tsaritsyn lived less than 3 thousand people, then by 1900 - has about 84 thousand.

The first railroad came to town in 1862. The first theater opened in 1872, and the cinema - in 1907. In 1913 Tsaritsin appeared tram, and at the center have been installed the first electric lights.

During the civil war in November 1917 in Tsaritsyn were proclaimed Soviet power. In 1918 Tsaritsyn was besieged by white troops Ataman Krasnov. Three assault had been repulsed. However, in June 1919 Tsaritsyn was captured troops of General Denikin, leaving the city in January 1920.

The city was renamed Stalingrad April 10, 1925. In 1931, in the city including the German settlement-colony Sarepta (founded in 1765), subsequently became the largest area of the city - Krasnoarmejskij. The first institute was opened in 1930, a year later was opened and the Pedagogical Institute.

Under Stalin, the city became a centre of heavy industry and transshipment by rail and river, and as a result was attacked by Axis forces during World War II. In 1942, the city became the site of one of the pivotal battles of the war. The Battle of Stalingrad saw perhaps the greatest casualty figures of any battle in warfare (estimates are between 1,250,000 and 1,798,619). The battle began on 17 July 1942, and on August 23 the city suffered heavy aerial bombardment that reduced most of the city to rubble. By September, the fighting reached the city center. The fighting was of unprecedented intensity; the central station of the city passed from hand to hand 13 times, and the famous Mamaev Kurgan (one of the heights of the city) was captured and recaptured 8 times. By the winter of 1942–43, the Axis powers controlled 90 % of the city, and had cornered the Soviets into two narrow pockets. On November 19, Soviet forces launched a massive counterattack. This led to the eventual encirclement of Sixth German Army. On January 31, 1943 its commander, Field Marshal Friedrich von Paulus surrendered, and on February 2, with the elimination of straggling German troops, the Battle of Stalingrad was over.

Stalingrad was awarded the title Hero City for its heroism in 1945, and King George VI of the United Kingdom awarded the citizens of Stalingrad the jeweled "Sword of Stalingrad" in admiration of their bravery. A memorial complex commemorating the battle, dominated by an immense allegorical sculpture of Mother Russia, was erected on the Mamayev Kurgan, a hill that saw some of the most intense fighting during the battle. A number of cities around the world (especially that which had suffered similar wartime devastation) established sister/friendship/twinning links (see list below) in the spirit of solidarity or reconciliation. One of the first "sister city" projects was that established between Stalingrad and Britain's Coventry during World War II (as both suffered extensive devastation from aerial bombardment).

The Panorama Museum sited on the Volga contains artifacts from World War II. These include a panoramic painting of the battlefield from the location of the monument "Mamayev Kurgan." A rifle of the famous sniper Vasily Zaytsev (popularized in Western media in the film Enemy at the Gates) is also on display.

In 1961, Stalingrad was changed to Volgograd ("Volga City") as part of Nikita Khrushchev's programme of de-Stalinization. This was and remains somewhat contentious, given the fame of the name "Stalingrad" and its importance in wartime remembrance. There were serious proposals to revert the name to "Stalingrad" during Konstantin Chernenko's brief administration in 1985. There remains a strong degree of local support for a reversion but intermittent proposals have been not yet accepted by the Russian government. On May 21, 2007, the CPRF or Communist Party of the Russian Federation obtained an important success in the Volgograd mayoral election. Communist candidate Roman Grebennikov was elected as mayor with 32.47 % of the vote. Grebennikov was Russia's youngest mayor of a regional capital.