From Metapedia
(Redirected from Prussian)
Jump to: navigation, search 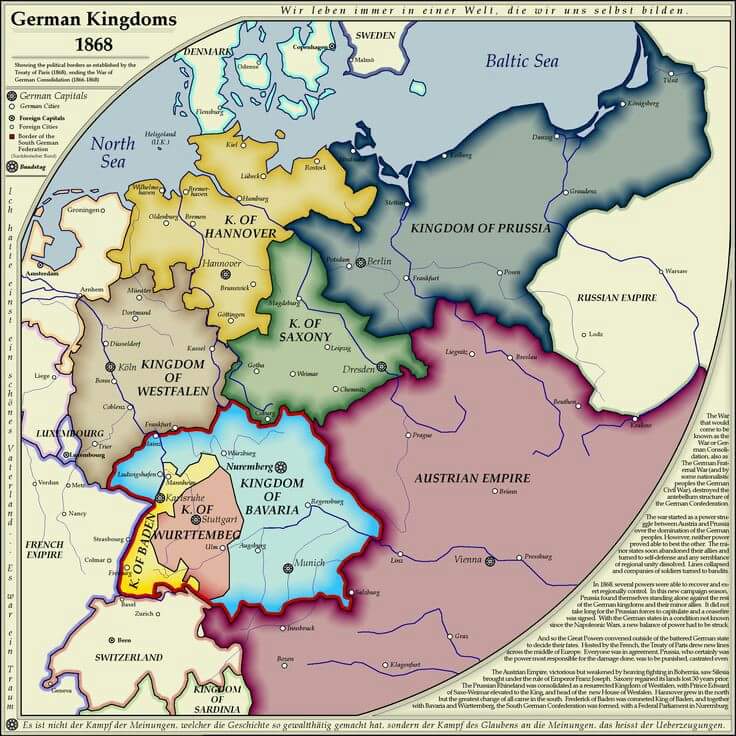 A general overview of the German Kingdoms. 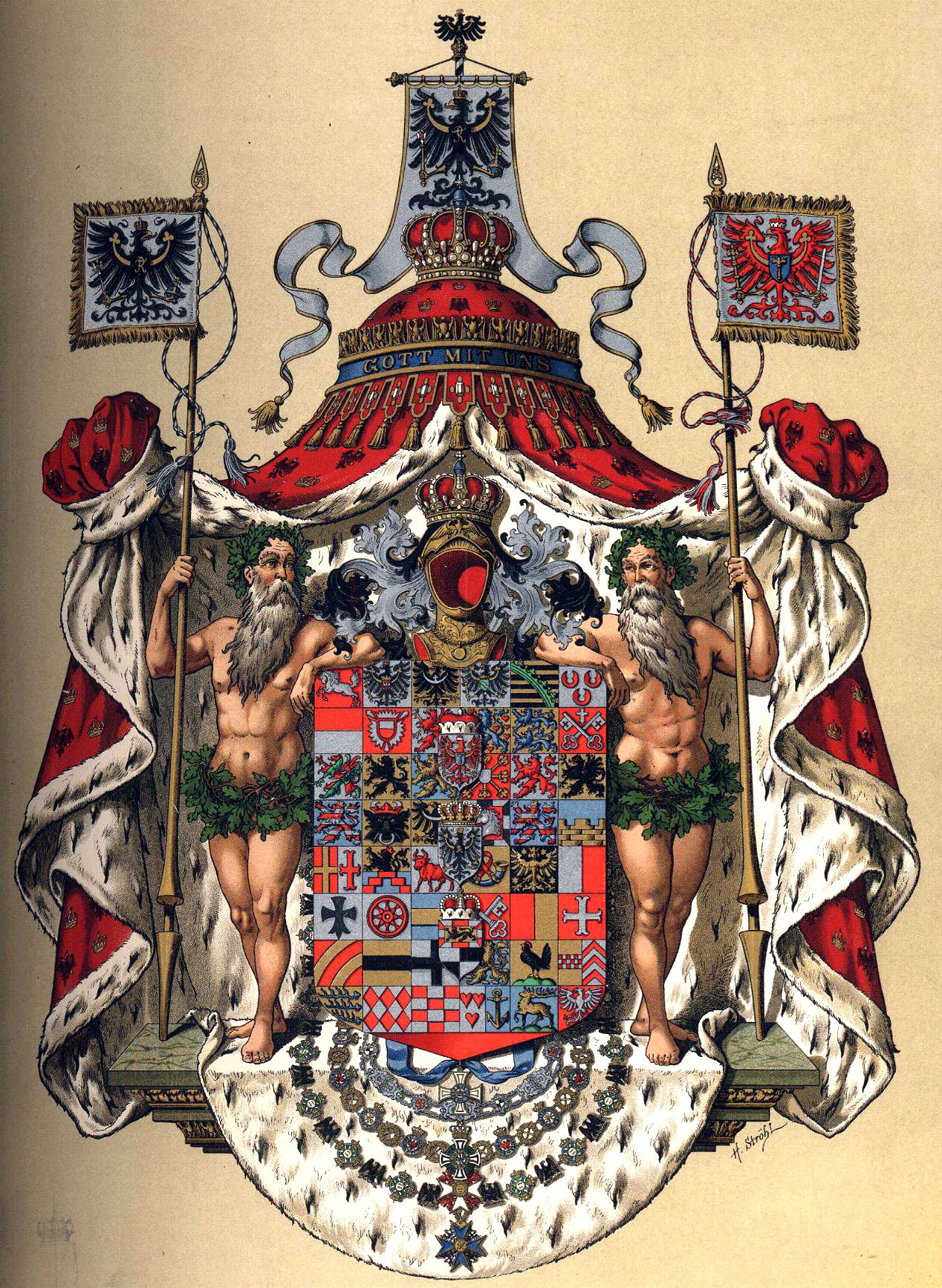 The grand arms (Großes Wappen) of Prussia around 1873 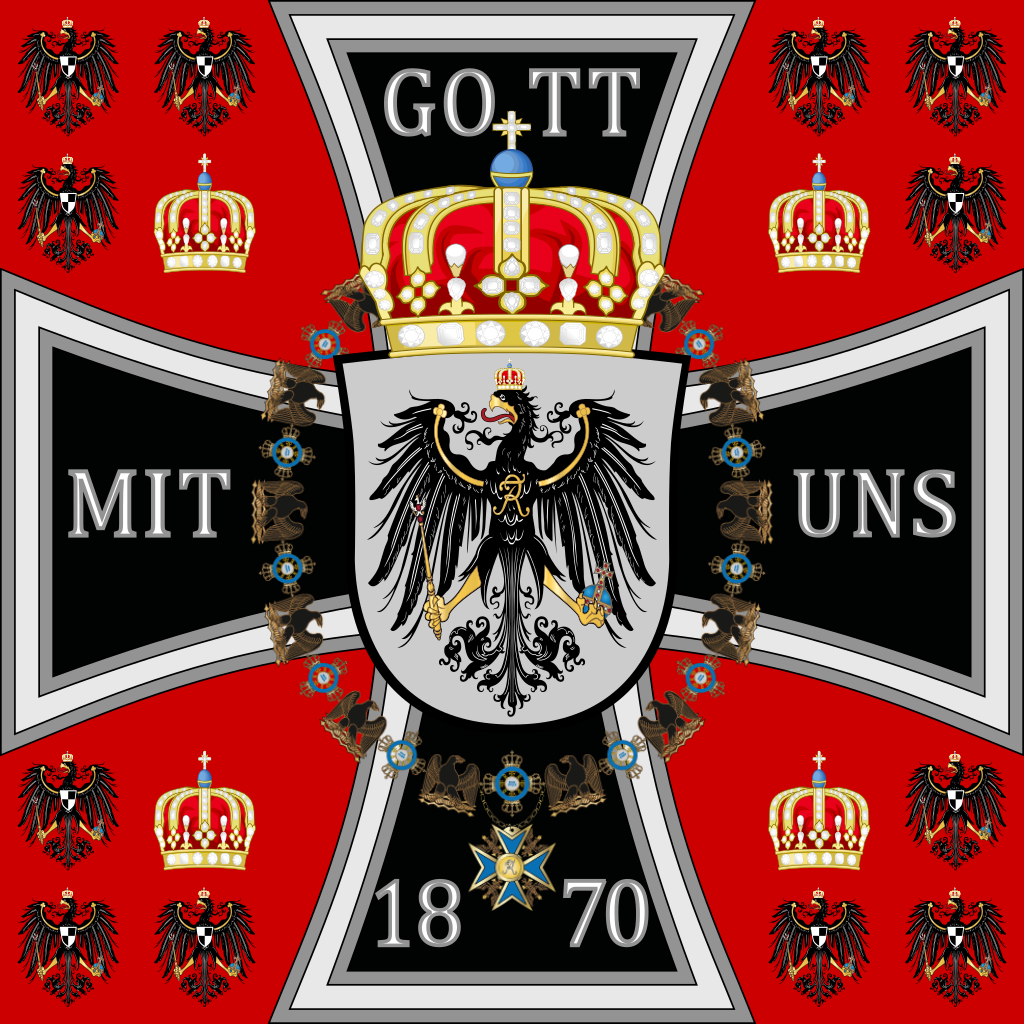 The colors black and white as the national colors of Prussia and the black eagle as a heraldic animal go back to the Teutonic Order in the 13th century. The knights of the order wore a white shield with a black cross. The significant Grand Master of the Teutonic Order Hermann von Salza received the black imperial eagle (Reichsadler) as a sign of grace from Roman-German Emperor Friedrich II on the occasion of his appointment as imperial prince in the Golden Bull of Rimini and carried it on a white shield. The Hohenzollern dynasty, which appeared in the 17th century as the rulers of Mark Brandenburg and the Duchy of Prussia, under which the two countries grew together to form a unified Prussian state, already had a shield “through white and black quartered” as a family crest in medieval times. The flag of the Kingdom of Prussia commemorates the coronation of Frederick III. of Brandenburg in 1701, when the "Duchy of Prussia" became the "Kingdom of Prussia". On the kingdom's flag, the Prussian eagle now bore royal insignia instead of ducal ones. It became the flag of the Brandenburg-Prussian state, a monarchy that had been called "Prussia" since about the mid-18th century.

Their colors, black and white, were one of the origins, together with the white and red of the Hanseatic League, for the black, white, and red flag of the German Empire.

Even today, a certain kind of ethic is called "Prussian virtues" (German: preußische Tugenden or Preußentum), for instance: perfect organization, sacrifice, rule of law, obedience to authority, and militarism, but also reliability, religious tolerance, sobriety, pragmatism, thriftiness, punctuality, modesty, and diligence. Many Prussians believed that these virtues promoted the rise of their country.