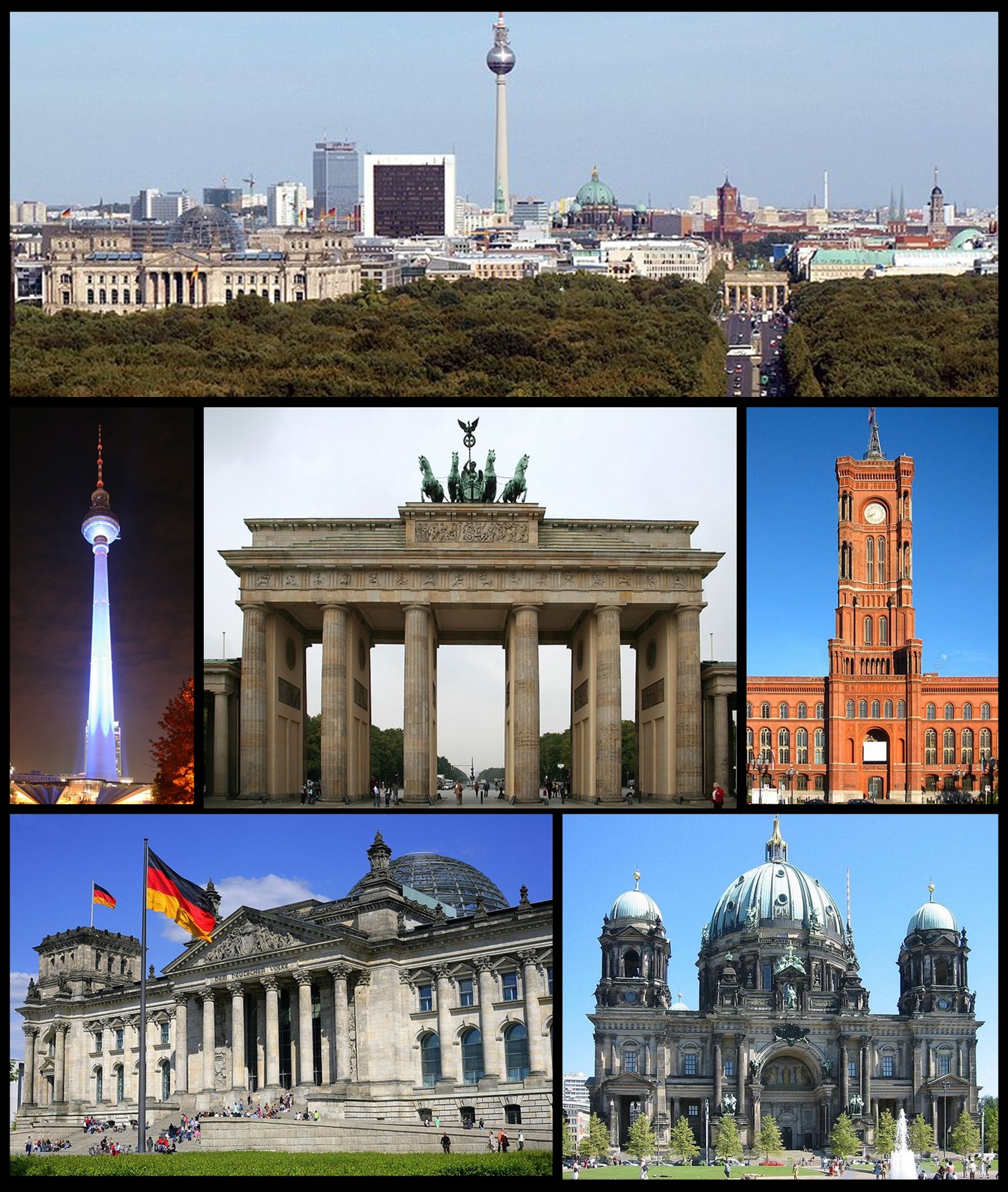 Berlin is the capital city and one of the sixteen states of the Federal Republic of Germany. With a population of 3,766,082 million (June 2021) in its city limits, Berlin is the country's largest city. It is the second most populous city proper and the eighth most populous urban area in Europe[1].

Located in northeastern Germany, it is the center of the Berlin-Brandenburg metropolitan area, comprising 4.9 million people from over 180 nations. 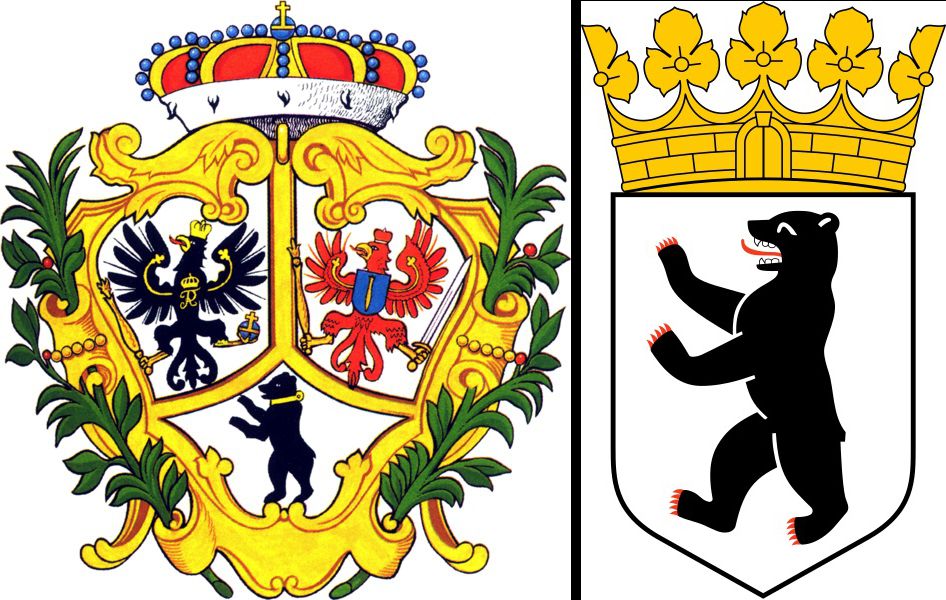 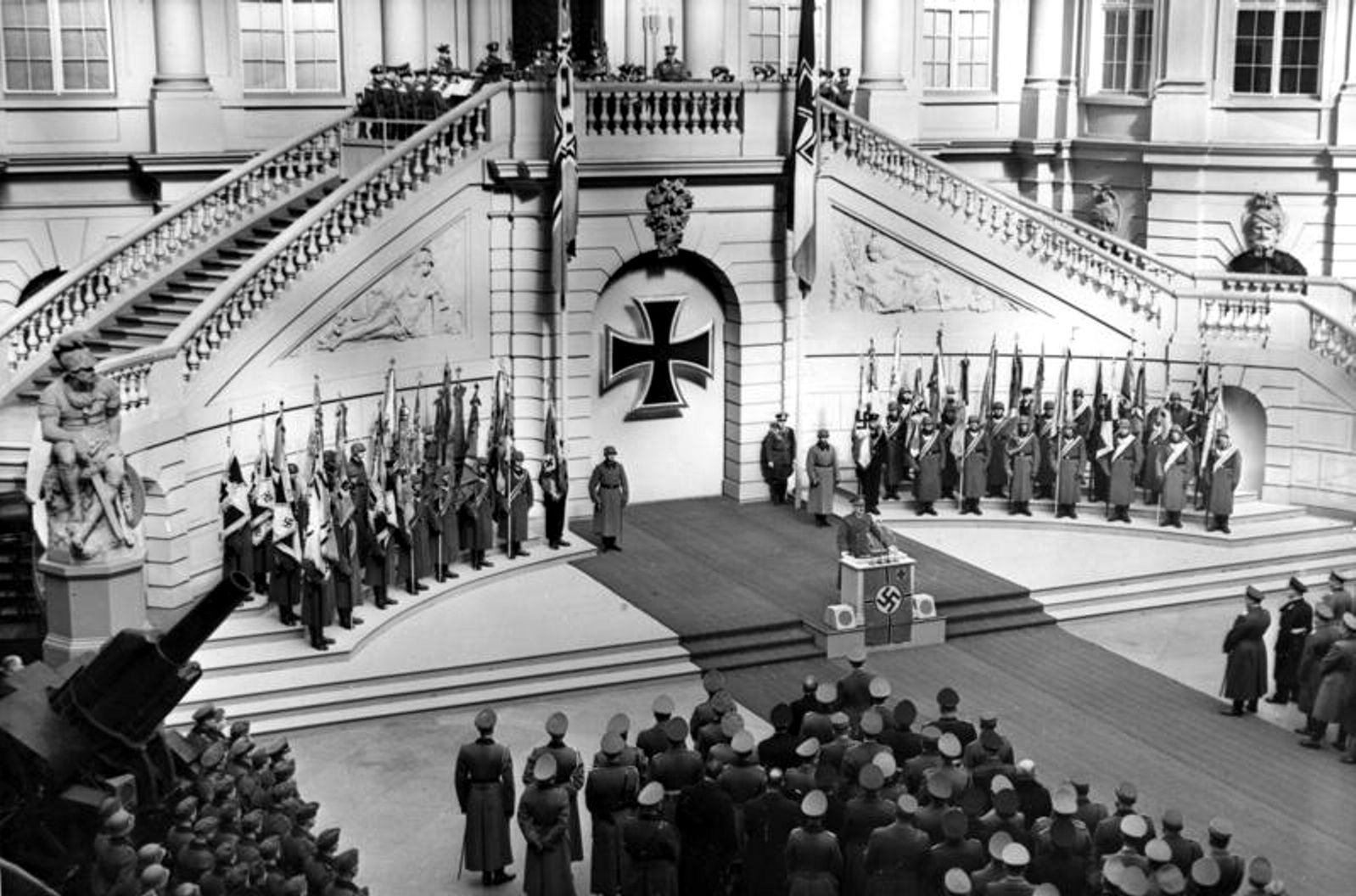 Heroes' Remembrance Day (Heldengedenktag), Berlin 1940, the state ceremony in the atrium of the armory (Zeughaus). The Führer at his commemorative speech. 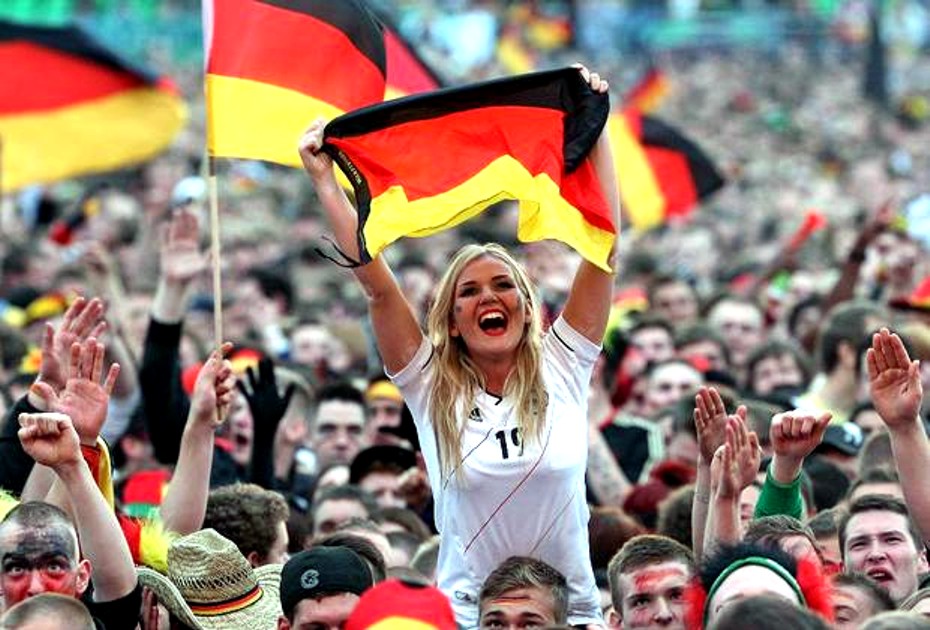 Public viewing in Berlin (Straße des 17. Juni) on 16 June 2014 as Germany defeats Portugal 4:0 during the FIFA World Cup in Brazil.

Following German reunification in 1990, Berlin once again became the capital of all Germany excepting the eastern provinces which remained under occupation by Poland and Russia.

Berlin is a major center in European politics, culture, media, and science. It serves as a continental hub for air and rail transport. The city's economy is primarily based on the service sector, encompassing a diverse range of creative industries, media corporations, environmental services, congress and convention venues. Berlin is the third most-visited tourist destination in the EU. Other industries include traffic engineering, optoelectronics, IT, vehicle manufacturing, health care, biomedical engineering, and biotechnology.

The oldest preserved and known seal of Berlin is from 1253. It depicts the Brandenburg Eagle spreading its wings in a clover-shaped archway. The coat of arms of Berlin today is used by the German city state as well as the city itself. Introduced in 1954 for West Berlin, it shows a black bear on a white shield. On top of the shield is a special crown, created by the amalgamation of the mural crown of a city with the so-called people's crown (Volkskrone), used in Germany to denote a republic.

Berlin's various boroughs use their own emblems. The bear has been used as a charge in the Berlin coat of arms since 1709, formerly alongside the eagles of Brandenburg and Prussia. A bear occurs on seals, coins and signet rings from as early as the late 12th century (but not as heraldic charge before 1709), presumably due to a canting association with the city's name.

Berlin has a temperate oceanic climate (Cfb) according to the Köppen climate classification system. Summers are warm and sometimes humid with average high temperatures of 22 to 25°C and lows of 12 to 14°C. Winters are relatively cold with average high temperatures of 3°C and lows of -2 to 0°C. Spring and autumn are generally chilly to mild. Berlin's built-up area creates a microclimate, with heat stored by the city's buildings. Temperatures can be 4°C higher in the city than in the surrounding areas.[2]

Annual precipitation is 570 mm with moderate rainfall throughout the year. Light snowfall mainly occurs from December through March, but snow cover does not usually remain for long. The winter of 2009/2010 was an exception since there was a permanent snow cover from late December till early March.[3]