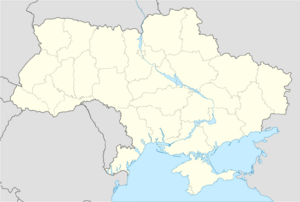 Kiev is an important industrial, scientific, educational and cultural centre of Eastern Europe. It is home to many high-tech industries, higher education institutions and world-famous historical landmarks. The city has an extensive infrastructure and highly developed system of public transport, including a Metro.

The great Slav majority, to which four-fifths of the population of old Russia belonged, consists of a single group, the East Slavs. Originally concentrated in a relatively small area, this group spread out to populate the forests of the upper Dnieper and upper Volga, and the Ukrainian steppe on both sides of the middle Dnieper. The Chronicle of Nestor (Nestor lived c1056 - c1114) gives us some detail. From the eighth to the first century BC the Scythians occupied the region where Kiev stands and from which it kept its name long after their demise. Then came the Sarmatians whose civilisation was impregnated with Hellenism and Asiatic influences and which was destroyed by the Goths in the third century. At this juncture appear the Antae, who, according to the latest research, form a link between the Helleno-Scythian-Sarmatian civilization and that of ninth-century Kiev. It is practically certain that the Antae were Slavs; but they are unlikely to have inherited very much from their predecessors, who had been swept away in the welter of successive invasions. It is known that the Antae were attacking the Byzantine Empire in 518AD. In the ninth century the names of the Slav peoples still stood for no more than groups of tribes organised on a patriarchal basis. As populations grew, fortified towns surrounded by palisades became accepted centres of trade and local power, and Kiev is one of the more prominent examples. The Slavs of the steppe at this time still paid tribute to the Khazars.[3]

The site of Kiev's Old Town, in remote ages, was a Pantheon where the Slav worshippers of Perun, Horsa, Lado, and other pagan deities, rendered homage.[4] Established history for Kiev appears to begin with the arrival in the ninth century of two Viking (or as the local Slavs named them, Varangians) adventurers, Askold and Dir, companions of Rurik (d.879AD) and his brothers, who had settled at Novgorod which then had a Scandinavian population.[5][6] Askold and Dir took possession of what then constituted Kiev, and historians concede that they created the first Russian state, Kiev, and it is in this period that we first meet the word Rus or Ros which became Russia.[7] From there they then took a fleet of 200 vessels along the Dnieper and Euxine rivers and reached Constantinople where they embraced Christianity and established close contacts with the Byzantine Empire. In 882 Rurik's brother Oleg, with Rurik's young son Igor, came to Kiev, treacherously killed Askold and Dir, and took possession of the town, declaring it would be "the mother of Russian towns".[8] The Emperor Constantine Porphyrogenitus, writing in the ninth chapter of his work on the administration of the Empire (De Administrando Imperio) c950AD, described the cataracts of the Dnieper giving two separate names to each, the first Slavonic and the second Norse, attesting the Scandinavian overlordship of this area.[9]

Prince Igor was slain by a Slav tribe, the Drevlians, and his widow Olga became Regent at Kiev during the minority of her young sons. In 957 Olga and her younger son Igor went to Constantinople and were baptised.[10]Olga was said to be the forerunner of Christianity in Russia. Her eldest son Sviatoslav subsequently divided his dominions between his three sons: Yaropolk had Kiev, Oleg became overlord of the territory of the now subdued Drevlians, south-west of the present city of Chernigov, and Vladimir, the third son took Novgorod. Thereafter Yaropolk murdered his brother Oleg, and Vladimir then murdered Yaropolk, making Vladimir sole ruler of all, calling himself a Grand Duke. He was a vigorous sovereign and added Galicia to his dominions, and subjugated some of the Lithuanian and Livonian tribes on the Baltic. In 988 he took Kherson, and was there baptised, and upon his return to Kiev caused his people to undergo the same rite, en masse, in true autocratic fashion. Perun, the Slav God of Thunder, whose temple had stood in the Old Town of Kiev, was thrown from his eminence.[11] On this site Vladimir built the church of St.Basil. It is said that Kiev's cultural and religious influences and the graces of civilisation came to it from the Byzantine Empire.[12]

Vladimir's son Yaroslav (d.1054) was the next ruler of Kiev to note and is important as being the first legislator, the law code which he gave is called Russkaya Pravda (Russian Truth), and was preserved in the Chronicle of Novgorod manuscript.[13] In 1017 a fire almost entirely consumed Kiev but great rebuilding took place under Yaroslav, including in 1037 (completed 1049) the magnificent cathedral of St. Sophia (in which is Yaroslav's marble tomb), and ancient writers affirm that in the eleventh century there were no fewer than 400 churches within the city walls of Kiev.[14] With the death of the Grand Duke (?Prince) Rostislav Mstislavovitch in 1155 Kiev lost its status and the capital was moved to Vladimir, which was also the seat of the Metropolitan. In 1164 and again in 1169 in the many petty struggles between the neighbouring states Kiev fell and was pillaged, and began to fall into decline.[15]

In 1224 the Russians suffered a complete defeat at the hands of the Tartars (or Mongols) on the banks of the river Kalka near the Sea of Azov. The invaders sacked and burned numerous cities, including Moscow, Suzdal and Yaroslavl, and in 1240 they conquered and sacked Kiev.[16] Kiev was now littered with ruins, its population decimated, and described as a "dead city".[17] The city lost most of its influence for the centuries to come.

In 1320, Gediminas, Grand Duke of Lithuania (r.1315-41), drove out the Tartars and annexed the whole of that part of the country to Lithuania. In 1386, when the Crowns of Poland and Lithuania became united in personal Royal union, the whole of Galicia and southern Ruthenia and other Kievan provinces were formally annexed, including Kiev. However, in 1496 and 1500 the Tartars returned ravaging the ill-fated city. Subsequently, in 1569, with the Treaty of Lublin the Polish-Lithuanian Commonwealth, a political union, Kiev now found itself included as a constituent part of that commonwealth. However, in 1648 the Ukrainian Cossacks rose in revolt against their Polish rulers and for twenty years devastated the provinces of Volhynia, Podolia and all the Ukraine. In addition, in 1657 their Hetman (leader) appealed to and swore allegiance to the Tsar Alexis Romanov of Moscow[18] who, during the ensuing Russo-Polish War of 1654-57, recovered and annexed from Poland the old Rus lands, confirmed to Russia in the Treaty of Pereyaslav. In any case, in the summer of 1655 the sudden invasion by Charles X of Sweden for the moment swept the Polish state out of existence, in what became known as 'the Deluge'.

By the Treaty of Andrussof in 1667 Poland was obliged to relinquish Kiev plus all lands on the eastern side of the river Dnieper to Moscow.[19]

Peter Stolypin, sometime chairman of the Council of Ministers, Minister of Internal Affairs, and Prime Minister of Russia, from 1906 to 1911, was assassinated inside the Kiev Opera House on 1/14 September 1911 in front of the Tsar Nicholas II and two of his daughters by the far-left Jewish revolutionary student Mordekhai Gershkovich Bogrov. He was hanged for the crime on 11/24 September. Stolypin’s grave is at the Pechersk Monastery in Kiev.

During the Russian Revolution of 1917 (includes the Bolshevik Revolution) there was terrible political instability and Bolshevik activity. In February and March 1918 the Central Powers guaranteed independence for the Ukraine in two treaties signed at Brest-Litovsk. The Allied Powers, however, refused to recognise those treaties and declared them null and void. Following on from that was the Russian Civil War, when Kiev changed hands several times. In addition, on October 17, 1919, the Volunteer Army reoccupied it (having evacuated it on the 14th) and commenced a pogrom against the Jews there, the victims are reliably estimated to have been in the hundreds.[20]

From 1921 Kiev was an important city of the Soviet Union's Soviet Socialist Republic of Ukraine, and from 1934, its capital. During World War II, the city again suffered significant damage, but quickly recovered in the post-war years remaining the third largest city of USSR. Following the collapse of the Soviet Union in 1991-2, at the end of December 1991 Ukraine separatists declared Ukraine independence from Russia. Kiev then became the capital of an independent Ukraine.