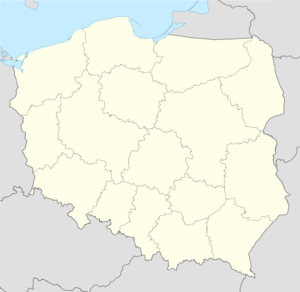 The origins of the town remain obscure[6] but is is asserted that the town was founded in the later 13th century and was originally composed of the Stare Miasto, or old town, strongly resembling the old towns of Germany. The castle of the Dukes of Marzovia was the original centre-piece (from around which the suburbs grew). It was subsequently much altered by successor Kings. In the 14th century the Dukes of Mazovia moved their seat to Warsaw but became extinct in the 16th century when the Duchy was annexed by the Polish Crown which had previously been the feudal overlord. Soon after, the Kings of Poland, beginning with Sigismund III, made Warsaw their residence and consequently the capital of the kingdom. The Royal apartments, situated in the eastern part of the castle near the Vistula, were, following the Partitions of Poland (1772-1795), occupied by the Governor-General of the Russian Kingdom of Poland (or Congress Poland). The western part of the building contained the halls where the Senate and the Chamber of Deputies of Poland once assembled.[7]

In September 1939 Warsaw was surrounded by German military forces and initially refused to surrender. This resulted in some bombing and artillery damage, which could have been prevented altogether by a fast capitulation. From 1939-45 Warsaw fell within the the General Government (German: Generalgouvernement, Polish: Generalne Gubernatorstwo), also referred to as the General Governorate for the Occupied Polish Region. During this period Ludwig Fischer, a German Lawyer, was Governor of Warsaw. The castle and surrounding area were virtually destroyed during World War II and the fighting during the insurgency known as the Warsaw Uprising. After 1945 it, and other buildings in the city, were rebuilt using bricks and other materials stolen from German towns and buildings, some of significant historical statue, which were, of course, destroyed for this purpose.