From Metapedia
(Redirected from Slovaks)
Jump to: navigation, search 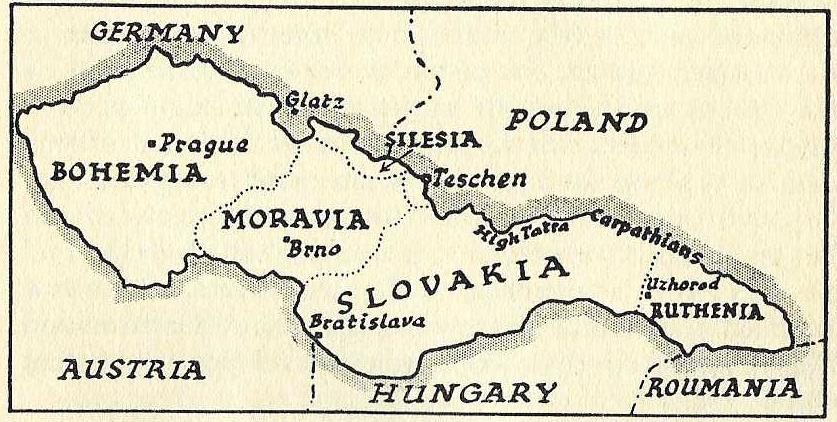 Slovakia (Slovakian: Slovensko, or the Slovenská republika) is a landlocked country in Central Europe, with a population of over five million and an area of about 49,000 square kilometres (almost 19,000 square miles). The Slovak Republic borders the Czech Republic and Austria to the west, Poland to the north, Ukraine to the east and Hungary to the south. Slovakia is a member state of the European Union and the Visegrad 4, as well as being a member of NATO, OECD, WTO, and other liberal plutocratic international organizations.

Along with the other nations in the Visegrád Group, Slovakia has refused to admit the non-European immigrants flooding into Europe in the 21st century.[3]

The Slavs arrived in the territory of present day Slovakia between the 5th and 6th century AD during their great migration period. Some small Slav tribes crossed the Carpathian/Sudeten Mountains into Bohemia and Moravia but they were soon crushed by the Eurasian Avar invasions. Samo (d.658) a German Frank, founded a short-lived Slav kingdom in this region in 630. Various parts of Slovakia belonged to Samo's 'Empire', the first known political unit of Slavs, as well as Great Moravia.

In the 10th century Slovakia, as we know it today, became part of the Kingdom of Hungary, and its successors, the Habsburg monarchy and latterly Austria-Hungary (but still part of Hungary).

In 1919 Slovakia (including over one million Magyars) was detached from Hungary and included in the new artificial state[4][5] of Czechoslovakia by the western plutocratic Allies - but created by Czech political exiles in the United States. There are various statistics as to how many Slovaks were in the new state, one gives 16 per cent.[6] The Encylopaedia Britannica stated that in 1936 there were 2,300,000 Slovaks.[7] In 1937 the Czechs, whose numbers were variously stated to be between 43 per cent, and 50 percent[8] of the population, and who dominated the political life of the state, refused requests for the creation of a Parliamentary Commission for minority questions and for the use of minority languages in Parliament.[9] Moreover, the Czechs arrogantly maintained that there were no differences between themselves and the Slovakians.[10] By 1928 "Something like a wave of terror had swept over Slovakia,"[11] British historian Donald Cameron Watt relates that "for twenty years Czech officials assumed extensive almost colonial-style responsibility for affairs in the Slovak and Ruthene provinces. They antagonised Slovaks by their tactless assumption of superiority and their didactic manners". The Czech Secret Police seemed to be everywhere[12] and Slovak and other newspapers of the Slovakian Party expressed their independent views at their peril. On 23rd November 1927 Father Hlinka, then the Slovak leader, stated that "the people are still being oppressed, and unemployment increases day by day. The Czech Government treats Slovakia as though it were an unhonoured colony, a dumping ground for indifferenced goods, both material and moral. Our factories are closed so that factories in Bohemia may work full-time and develop. [Czech] workers are brought from Bohemia and employed on Government construction while the men of the district concerned go in want. We are being crushed to make way for a hybrid - the Czecho-Slovak". "Father Hlinka draws a great distinction in every respect between the Czechs and Slovaks."[13] As a result "a strong Slovak autonomous movement sprang up centred around certain Slovak Roman Catholic priests".[14] On 3 October 1938, the Czechoslovak government announced that the country would become a federal republic of three states: Bohemia-Moravia, Slovakia, and Ruthenia. The Slovak Assembly now declared its autonomy, and the British Ambassador at Warsaw told Lord Halifax in London that this "was a step in the right direction". However the Czech government continued with their opressions, and the British Consul in Bratislava (Pressburg) reported on 26 February 1939 that the financial position of the Slovak Government was growing rapidly worse as the Czechs were withholding financial support. In Warsaw on March 6th the Polish Vice-Minister for Foreign Affairs, Arciszewski, told the British Ambassador that Poland did not wish to interfere with the Slovak movement for independence but that if Slovakia became independent they would sympathise. 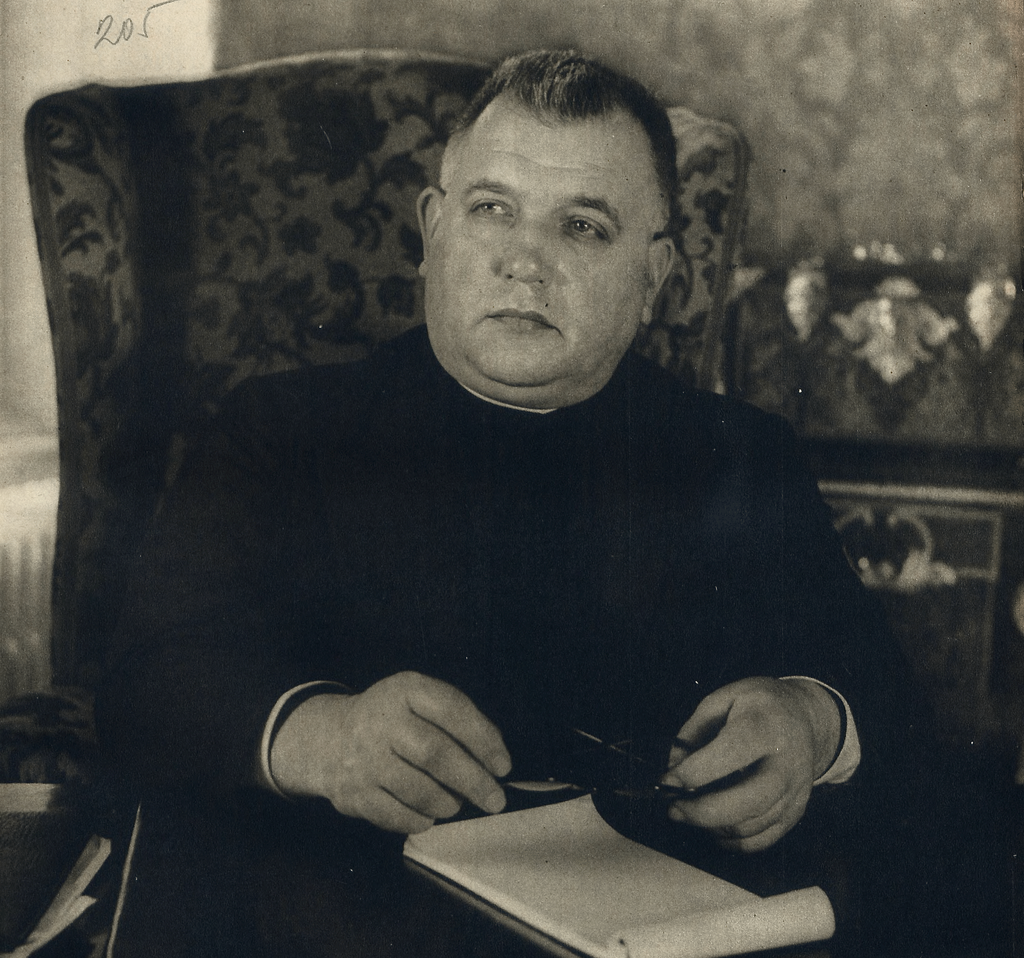 On March 10th the President of the Czecho-Slovak Republic dismissed the Slovak autonomous government for "treachery", and as a result four days later the Slovak Diet voted for independence on 14th March 1939, becoming the Slovak Republic, an independent state under their leader, Roman Catholic priest Monsignor Jozef Tiso, who was initially Prime Minister from 14 March until 26 October 1939. On 1 October 1939 Tiso became the official President of the Slovak People's Party and on 26 October he became President of Slovakia. Having no military, as such, Slovakia negotiated a protection agreement with Germany, should they be threatened. Upon its independence Slovakia was formally recognised by the Soviet Union and Germany, with de facto recognition by Great Britain and France. Foreign Office diplomat Manfred von Killinger became German Ambassador to the Slovak Republic in 1940. In January 1941 he was posted to Bucharest, and replaced in Slovakia by FO diplomat Hanns Elard Ludin, who was handed over by the Americans to the Czech communists and hanged after World War Two.

Following the end of World War II the Soviet Union occupied the region and abolished the Slovak republic, subsequently resurrecting the former Czechoslovakia as one of their client states in the Eastern Bloc. When the Red Army conquered the last parts of western Slovakia in April 1945, Tiso fled first to Austria, then to a Capuchin monastery in Altötting, Bavaria. In June 1945, he was arrested by the Americans and extradited to the new communist Czechoslovakia to stand trial in October 1945. On 15 April 1947, the Czechoslovak National Court (Národný súd), the bench, a combination of Czech fanatics and communists, found him guilty of many (but not all) of the trumped up allegations against him, and sentenced him to death for "state treason, betrayal of the antifascist partisan insurrection, and collaboration with Nazism". It seems doubtful that this new 1945 State had any jurisdiction over Father Tiso.

Slovakia only became independent again on 1 January 1993, following the collapse of communism and her separation, once again, from the hybrid Czechoslovakia.[15] 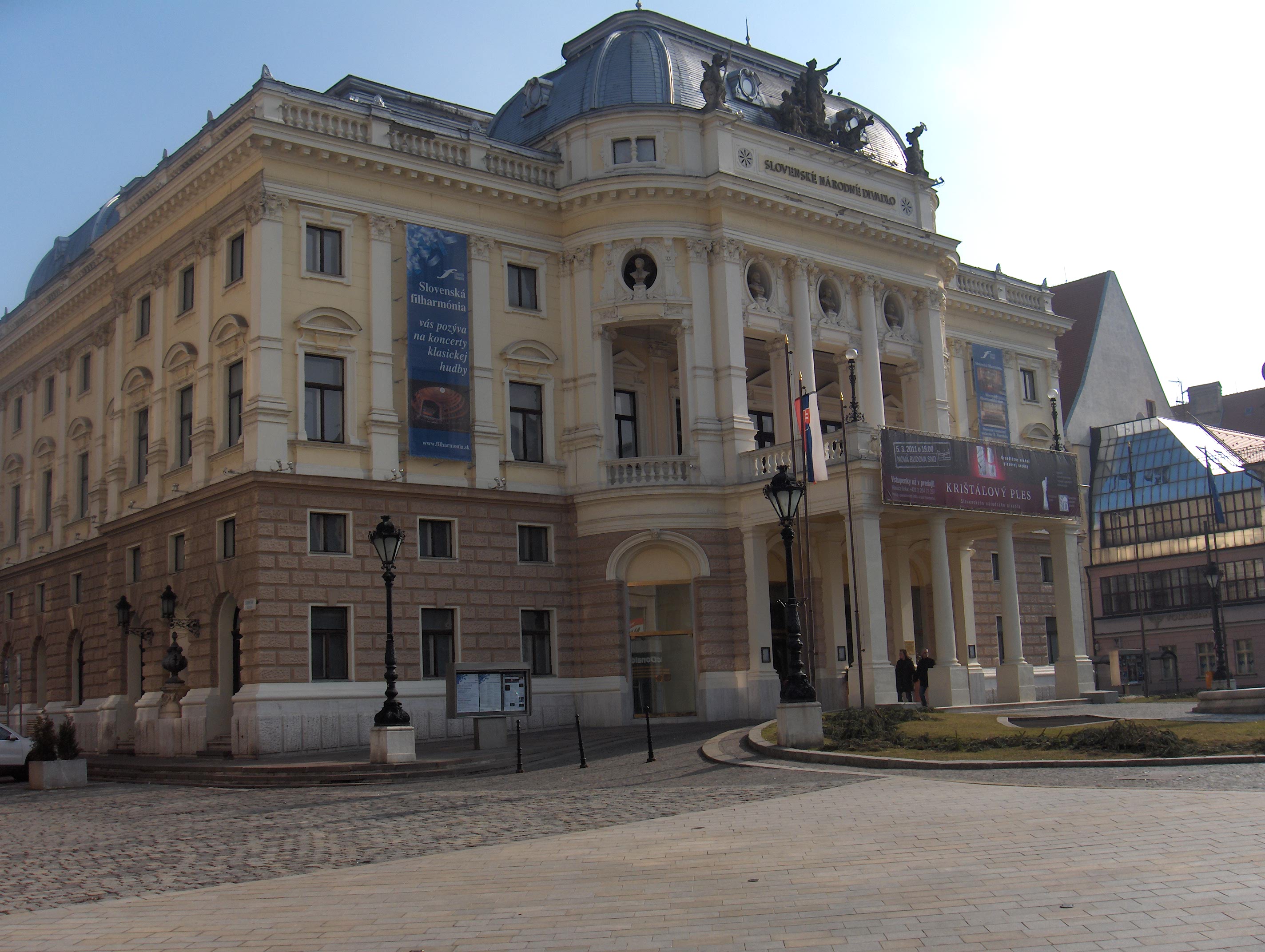 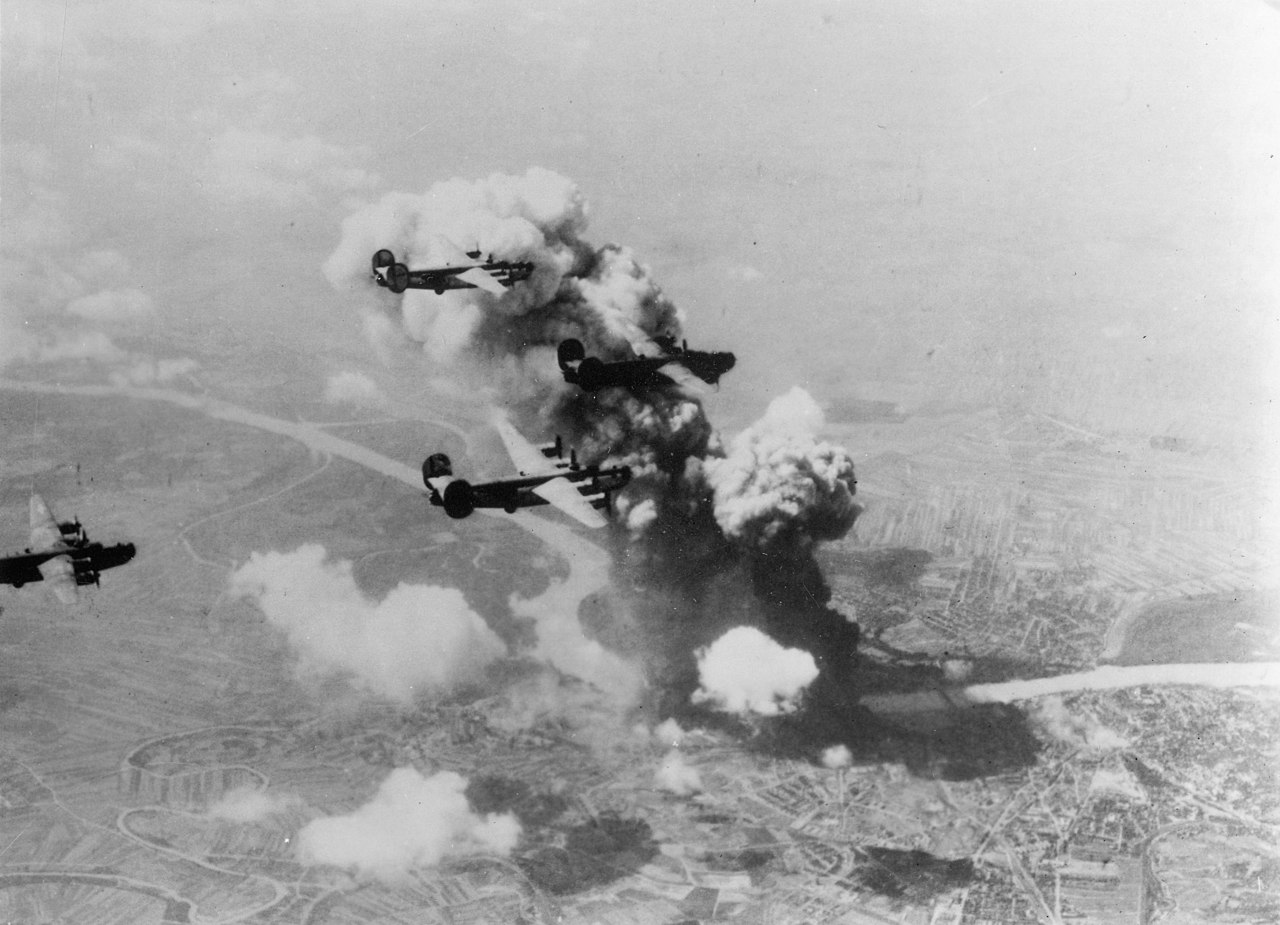 The largest city is its capital, Bratislava (German: Pressburg)(Slovakian: Presborok}(Hungarian: Pozsony), the political, cultural and economic centre of Slovakia. In 1905 it had a population of 61,500 inhabitants (of whom 32,600 were Germans/Austrians). By 2016 the population had grown to 424,428. In the Old Town (Altstadt) the Town Hall (Rathaus) dates from 1288. The Franciscan Church was founded in 1272 and the Landhaus or Diet, where Hungarian Diets were held from 1802 to 1848, today a court of justice, was erected in 1783. The Gothic cathedral of St.Martin, where once Kings of Hungary were crowned, was begun in 1204, completed in 1445, and restored in 1861-80, and also after 1945. The State Theatre was built by architects Fellner and Hellmer. Before 1945 a bust of the composer Hummel, who was born at Pressburg in 1778, sculptored by Tilgner, stood in front of the theatre.[16] Pressburg flourished during the 18th-century reign of Queen Maria Theresa,[17] becoming the largest and most important town in Hungary. On the south bank of the river Danube, on the former Coronation Hill, stood a magnificent equestrian monument to the Empress Maria Theresa (1897) by the sculptor János Fadrusz. It was destroyed by Czech fanatics in 1921. An identical replica is currently planned by a Slovak sculptress.[18] Beyond Pressburg are the vine-clad slopes of the Little Carpathian Mountains.

In 1944 the United States Army Air Force (USAAF) bombed Bratislava despite Slovakia being a neutral state.

In 2017, Bratislava was ranked as the third richest region of the European Union by GDP (PPP) per capita (after Hamburg and Luxembourg City). GDP at purchasing power parity is about three times higher than in other Slovak regions.[19][20] Bratislava receives around 1 million tourists every year.[21]