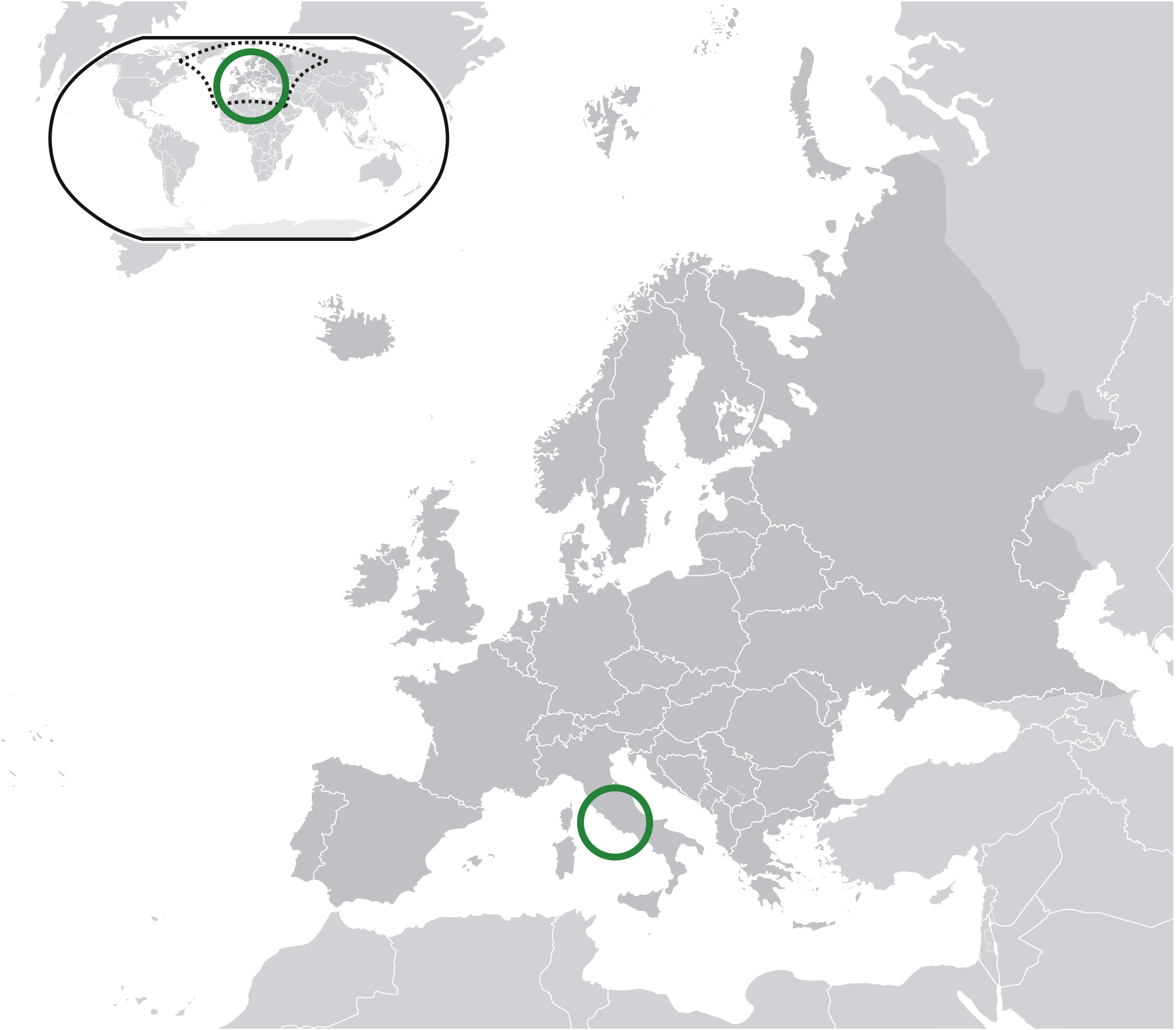 Vatican City, officially the State of the Vatican City, is country consisting of an enclave at the Vatican Hill in Rome in Italy. It is distinct from the [[Holy See],] which has sovereign authority over the territory and conducts diplomatic relations on its behalf. It is ruled by the Pope.

The state came into existence by virtue of the Lateran Treaty in 1929, which speaks of it as a new creation (Preamble and Article III), not as a vestige of the much larger Papal States (756 to 1870) that had previously encompassed central Italy, most of which was absorbed into the Kingdom of Italy in 1860, and the final part, the city of Rome and a small area close to it, ten years later. Vatican City is a non-hereditary, elected monarchy that is ruled by the Bishop of Rome — the Pope. The highest state functionaries are all clergymen of the Catholic Church. It is the sovereign territory of the Holy See and the location of the Apostolic Palace — the Pope's official residence — and of much of the Roman Curia.

For almost 1000 years (324-1309) the Popes lived at the Lateran Palace on the Caelian Hill in the east of Rome. Only because the Lateran building was out of repair on their return from 68 years in Avignon have they since 1377 lived in the Vatican or, for a while, at the Quirinal, now the residence of the president of Italy. The Lateran Treaty by which the Vatican City State was set up is so called because it was signed in the restored Lateran building, which is now the residence of the Pope's Cardinal Vicar General for the City of Rome. There have been two Vatican Councils, but five Lateran Councils. The Basilica of St. John Lateran, not the St. Peter's Basilica in the Vatican, remains the Pope's cathedral.