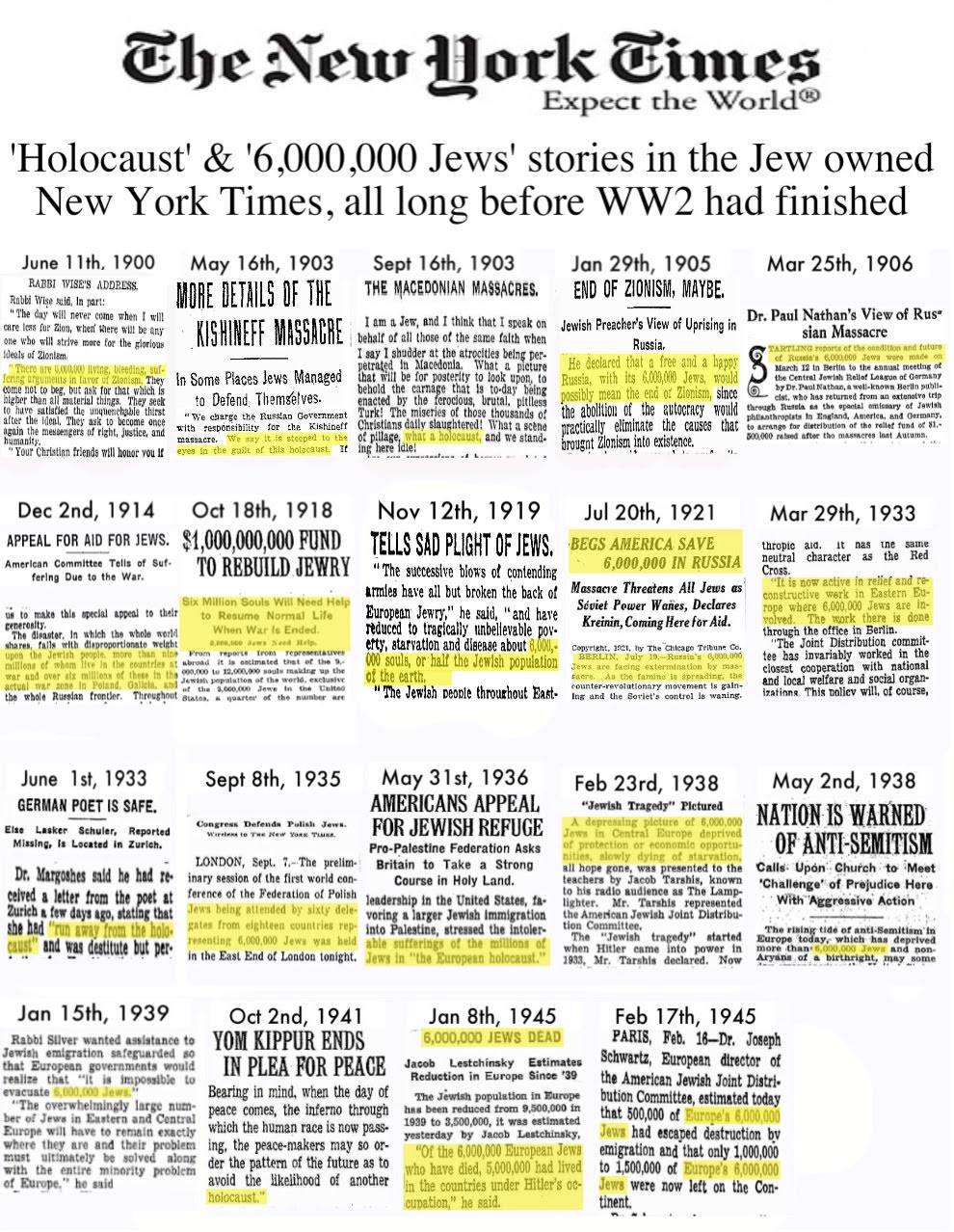 The New York Times is an influential newspaper governed by the Jewish Sulzberger family.

Leftist Wikipedia claims that it is held in high regard by (leftist) journalists. It has won 127 Pulitzer Prizes, instituted by the Jewish Joseph Pulitzer, more than any other newspaper. The Jewish far leftist and stated mainstream mass media critic Noam Chomsky is cited as praising it.

Wikipedia criticizes it for during WWII supposedly not being more openly pro-Jewish, possibly due to not wanting to give the impression of there being undue Jewish influence in United States mass media, a common accusation by National Socialist Germany during the war. Wikipedia also criticizes the Jewish publisher Arthur Hays Sulzberger, since supposedly he argued "that Jews should be separate only in the way they worshiped. He thought they needed no state or political and social institutions of their own", despite that if pro-White supporters argue for such institutions or states for Whites, then they will likely be accused of "White supremacism".

Recently, The New York Times has been described as being in the midst of a “civil war” between older leftists and younger, newly graduated from higher education, more extreme leftists, one part of the Great Awokening.[1]

Part of this article consists of modified text from Wikipedia, and the article is therefore licensed under GFDL.
Retrieved from "http://en.metapedia.org/m/index.php?title=The_New_York_Times&oldid=452129"
Categories: