Oswald Ludwig Pohl (b. 30 June 1892 in Duisburg-Ruhrort, Rhine Province, Prussia, German Empire; d. 7 June 1951 in Landsberg Prison, Landsberg am Lech, West Germany) was a German officer of the Kaiserliche Marine, of the Freikorps, of the Reichsmarine and of the SS, at last SS-Obergruppenführer und General der Waffen-SS as well as National Socialist official as Amtsleiter (SS-WVHA) of the SS Main Economic and Administrative Office (Wirtschafts- und Verwaltungshauptamt der SS). 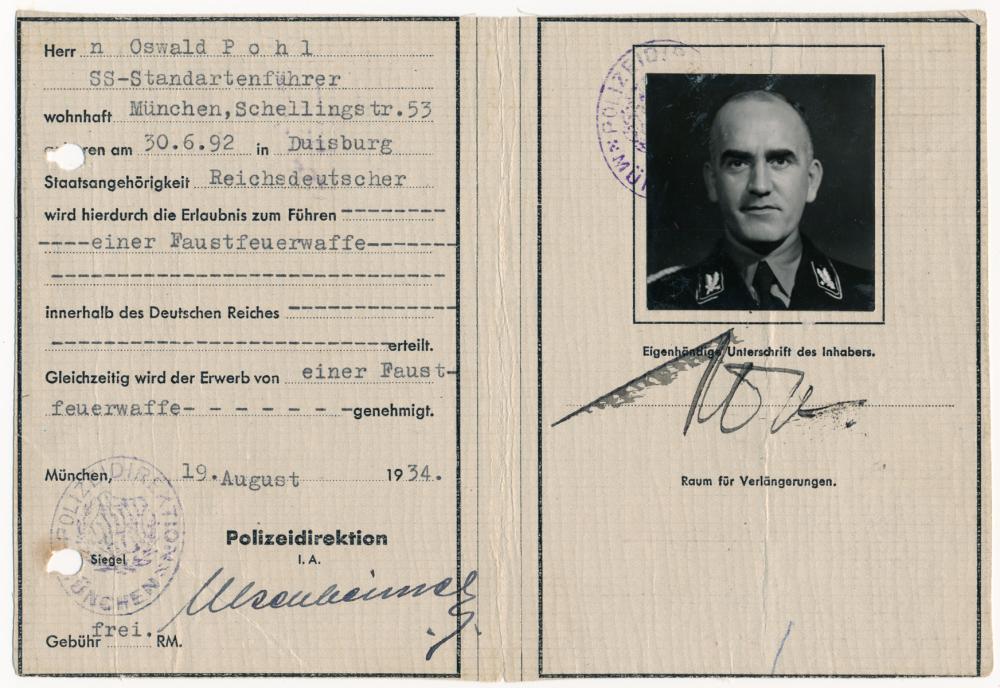 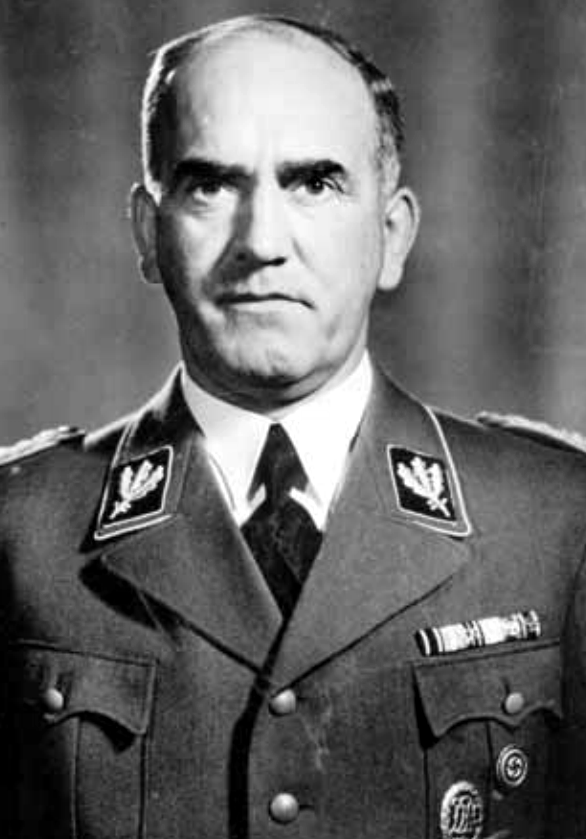 SS-Gruppenführer Pohl
(with collar tabs before 1942) 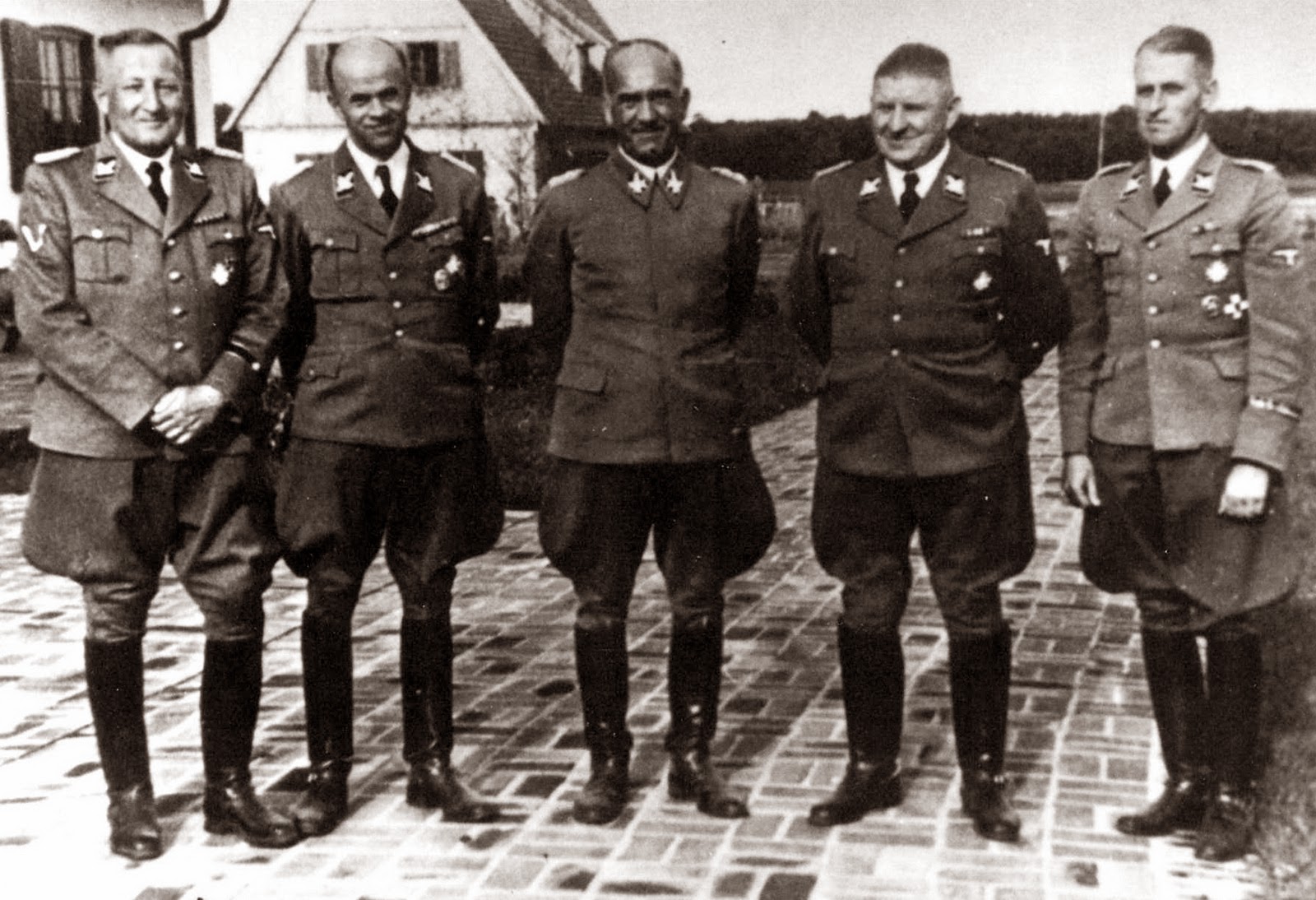 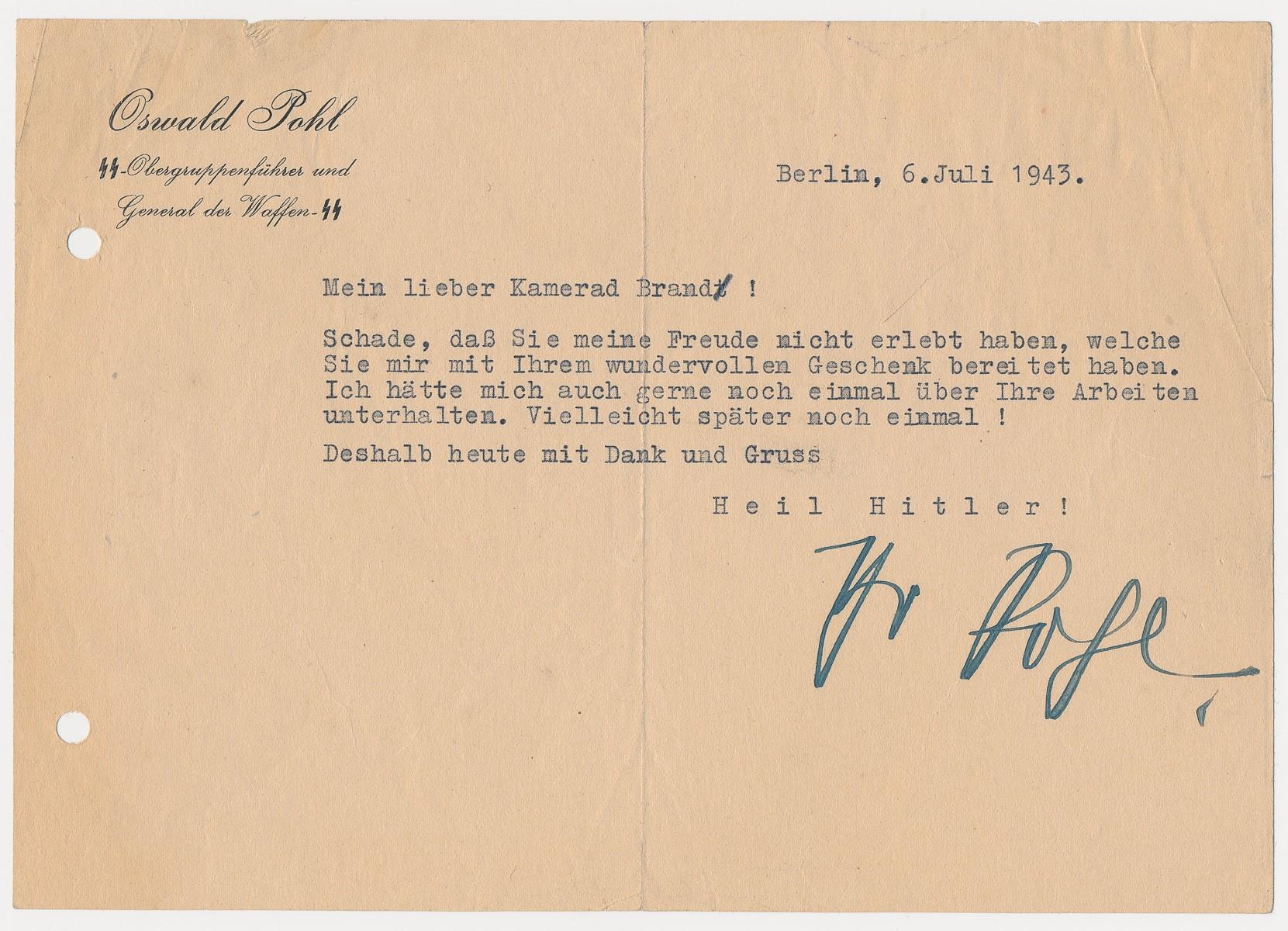 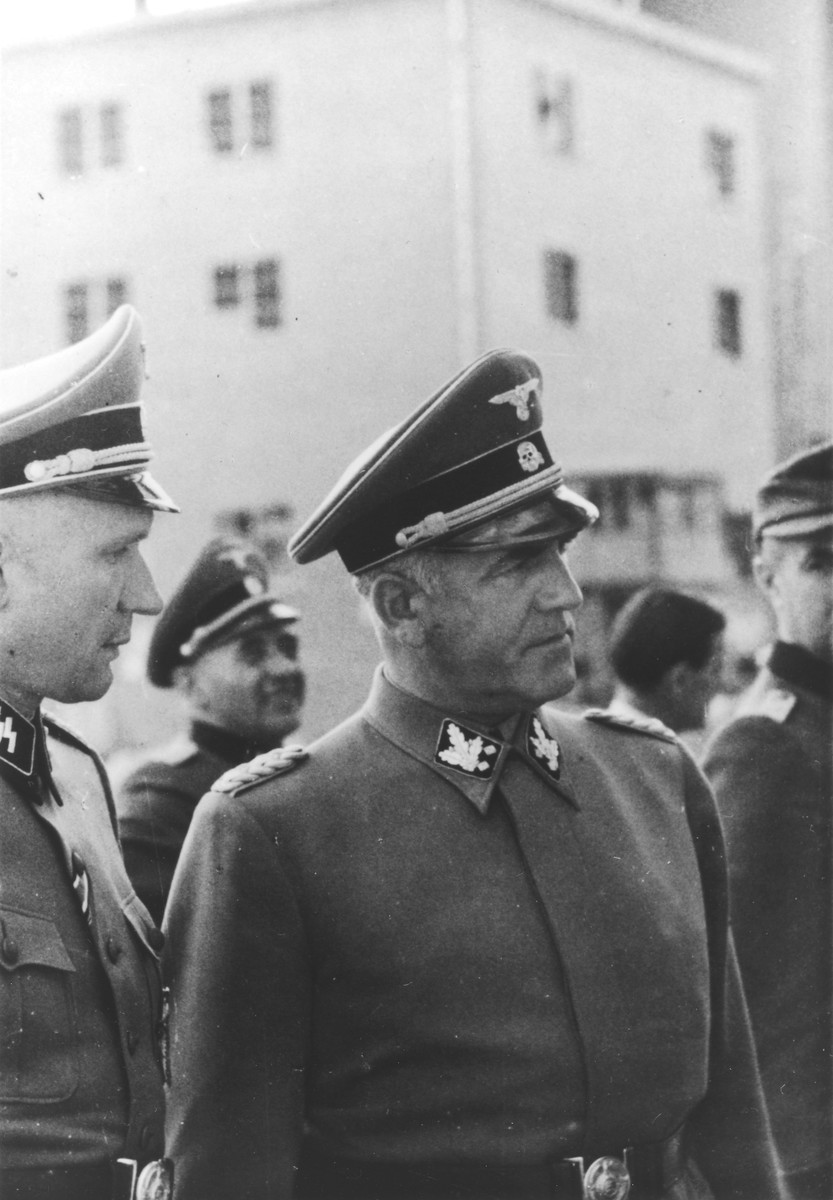 Oswald Pohl pays an official visit to Auschwitz in 1944 accompanied by Auschwitz Commandant Richard Baer, who had previously served as his adjutant. 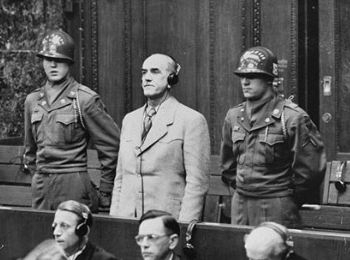 Oswald Pohl, between two American soldiers with weapons, receives his sentence of death by hanging. 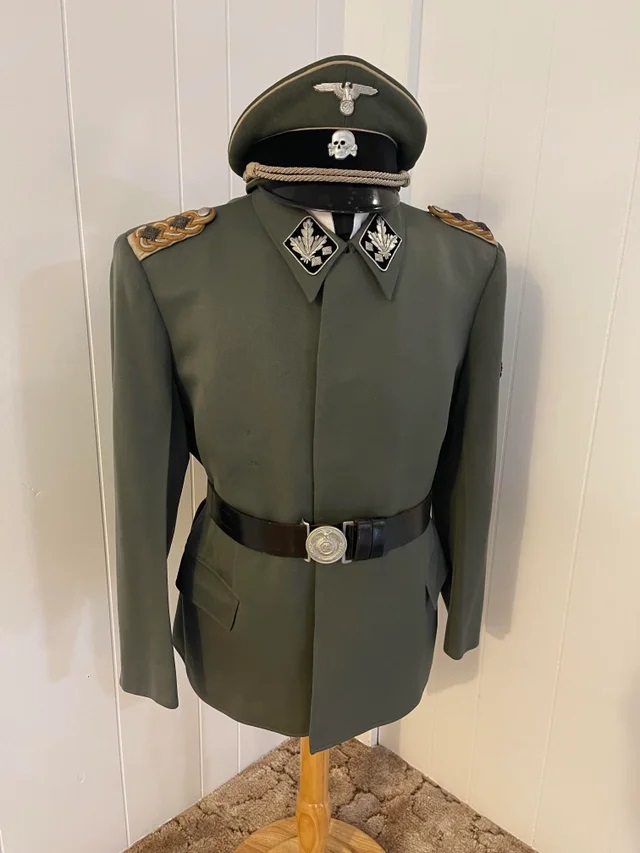 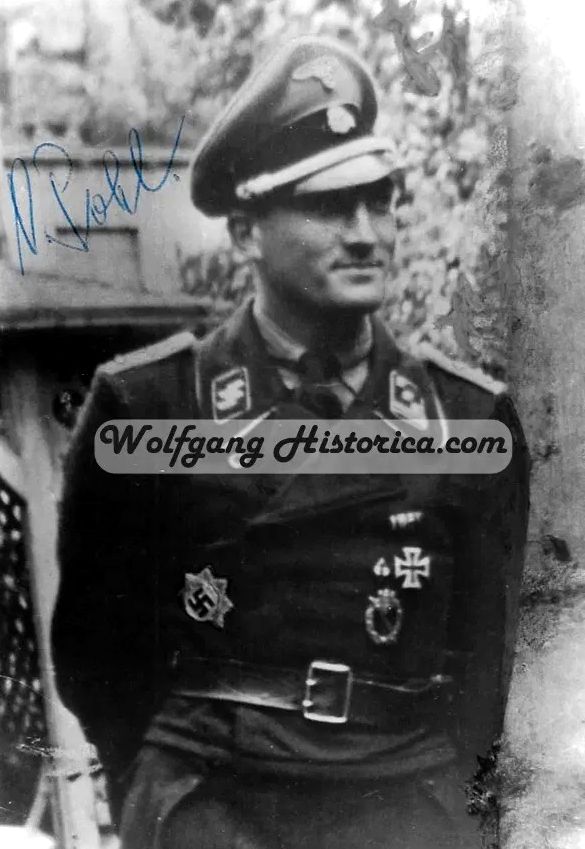 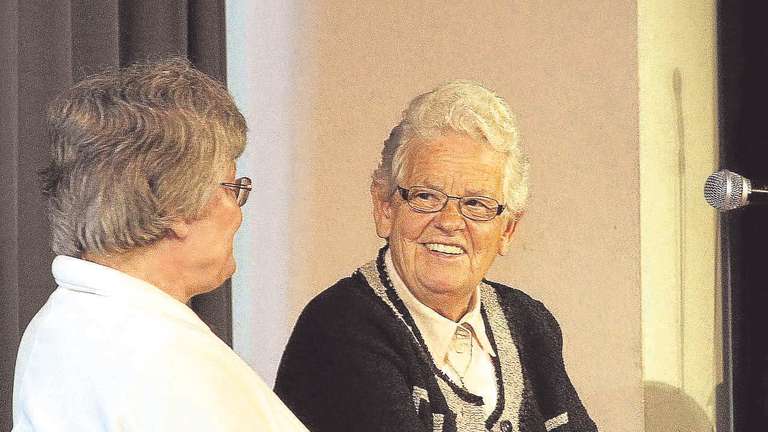 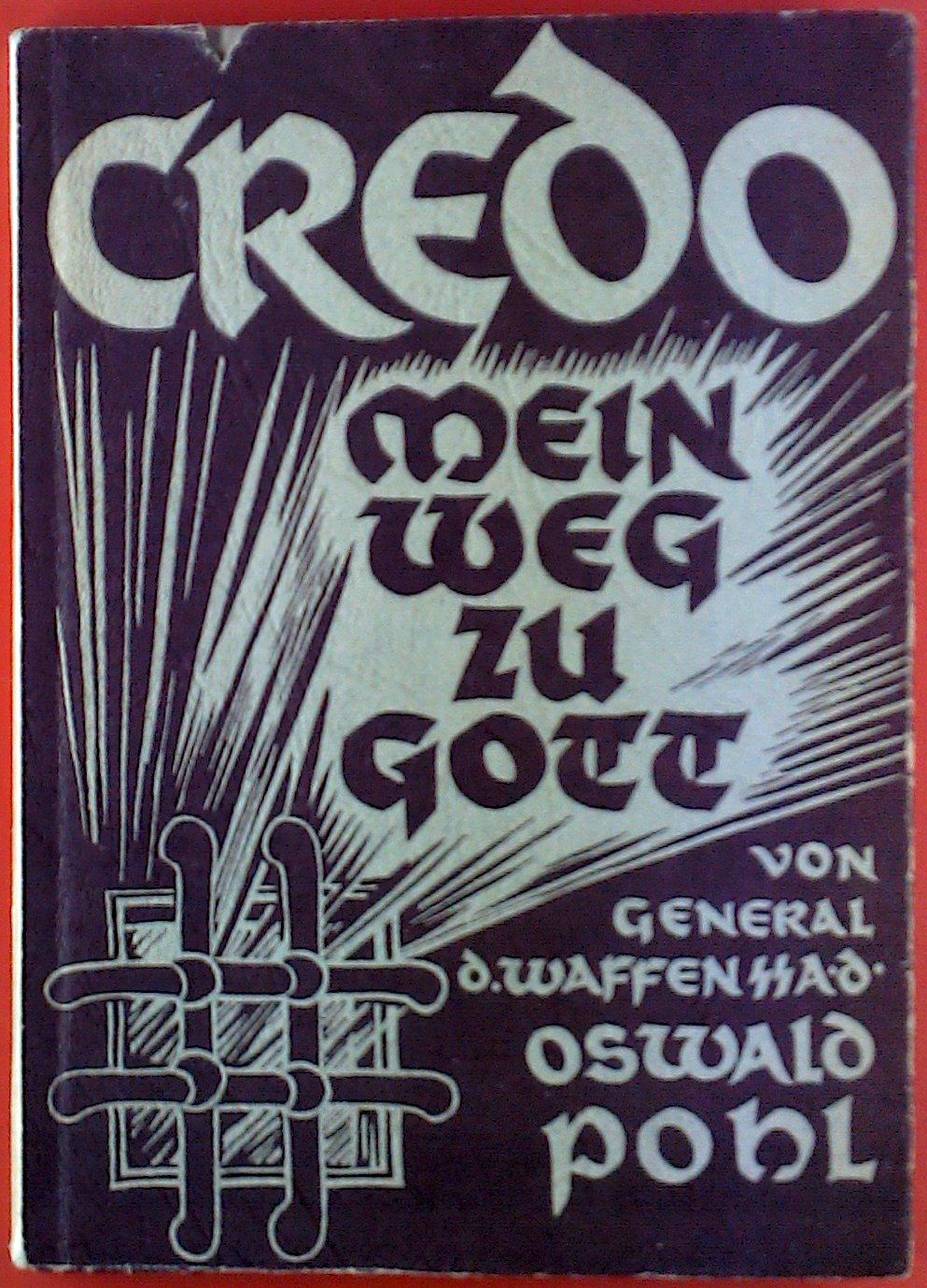 Pohl was born in Duisburg-Ruhrort as the son of blacksmith Hermann Otto Emil Pohl and his wife Auguste Pohl (née Seifert); he was the fifth of a total of eight children. After graduating from school in 1912, he became a full-time sailor in the Imperial Navy, being trained in Kiel and Wilhelmshaven as well as the Caribbean and Southeast Asia. During World War I, he served in the Baltic Sea region and the coast of Flanders (Marinekorps Flandern). Pohl also attended a navy school, and became paymaster on 1 April 1918; most of his time in the navy from then on was spent in Kiel.

After the end of the war, Pohl attended courses at a trade school, and began studying law and state theory at the Christian-Albrechts-Universität in Kiel; he dropped out of university soon again though, and became paymaster for the Freikorps Marine-Brigade „von Loewenfeld“, working in Berlin, Upper Silesia and the Ruhr basin. In 1920, like many others involved in the Lüttwitz-Kapp Putsch, he was accepted into the Weimar Republic's new navy, the Reichsmarine. Pohl was transferred to Swinemünde in 1924.

One year later, in 1925, Pohl became a member of the SA, then finally re-joined the re-founded National Socialist Party on 22 February 1926 as member #30842. He met Heinrich Himmler in 1933 and became his protégé; he was appointed chief of the administration department in the staff of the Reichsführer-SS ("National leader SS") and given the rank of SS-Standartenführer on 1 February 1934 and began to influence the administration of the concentration camps.

His career continued when he was made Verwaltungschef (chief of administration) and Reichskassenverwalter ("Reich treasurer") for the SS on 1 June 1935, then initiated the Inspektion der Konzentrationslager ("Concentration Camps Inspectorate"), an organization to organize and oversee the administration of the concentration camps. He also founded the "Gesellschaft zur Förderung und Pflege deutscher Kulturdenkmäler" ("Society for the preservation and fostering of German cultural monuments"), which was primarily dedicated to restoring the Wewelsburg, an old castle that was supposed to be turned into a cultural and scientific headquarters of the SS at Himmler's request. The "society" soon became a part of Pohl's SS administration office.

In June 1939 Pohl became chief of both the "Hauptamt Verwaltung und Wirtschaft" ("main bureau [for] administration and economy", part of the SS) and the "Hauptamt Haushalt und Bauten" ("main bureau [for] budget and construction", part of the Reich's ministry for the interior). On 1 February 1942, both institutions were combined into the SS-Wirtschafts-Verwaltungshauptamt (SS-WVHA, "SS main bureau for economic administration") with Pohl in charge; among other things, the SS-WVHA was in charge of the organization of the concentration camps, deciding on the distribution of detainees to the various camps and the "rental" of detainees for labour until 1944.

In 1944, Pohl was put out of charge of the concentration camps, with the Rüstungsministerium (ministry of armament) overtaking; at the same time, the responsibility for construction was also taken away from the SS-WVHA. However, Pohl remained in charge of the administration of the Waffen-SS for the remainder of the war.

After the end of World War II in 1945, Pohl first hid in Upper Bavaria, then near Bremen; nevertheless, he was captured by British troops on 27 May 1946, tortured under absolutely inhuman conditions, for example he was often beaten, sleeping was impossible for him for a long time and they smeared him feces into his face, and the like. He was "sentenced" to death on 3 November 1947 by an American kangaroo court after the Nuremberg trials for administering the concentration camps using absurd accusations and using confessions that were forced by tortures. However, Pohl was not executed right away.

"One of the most important and revealing Nuremberg cases is that of Oswald Pohl, the wartime head of the vast SS agency (WVHA) that ran the German concentration camps. After his capture in 1946, he was taken to Nenndorf where British soldiers tied him to a chair and beat him unconscious. He lost two teeth in repeated beatings. /89 He was then transferred to Nuremberg, where American military officials intensively interrogated him for more than half a year in sessions that lasted for hours. Altogether there were about 70 such sessions. During this period he had no access to an attorney or any other help. He was never formally charged with anything, nor even told precisely why he was being interrogated. In a statement written after he was sentenced to death at Nuremberg in November 1947 by the American military court ("Concentration Camp" Case No. 4), Pohl described his treatment."[1]

Pohl stated that he was forced to sign false and self-incriminating affidavits (written by prosecution officials) that were later used against him in his own trial, that numerous false witnesses were used, and other severe problems with the trials.[1] Pohl in an affidavit allegedly accused Walther Funk of crimes. The revisionist Carlos Porter writes on Funk that

"Also given short shrift was the ridiculous Oswald Pohl affidavit, Document 4045-PS, in which Funk was accused of discussing the use of gold teeth from dead Jews to finance the war at a dinner party attended by dozens of people, including waiters (XVIII 220-263 [245-291]). This affidavit is in German and is witnessed by Robert Kempner. Pohl was later convicted of "steaming" people to death in 10 "steam chambers" at Treblinka, and making doormats out of their hair (NMT IV 1119-1152) (Fourth National Military Tribunal, Nuremberg)."[2]

The Gerstein Report was

Officially, Pohl left the Protestant Church 1935/36, in the SS he was registered as gottgläubig. During the Nuremberg trials, he started to see a German Roman Catholic priest, this ascertained by the American prison psychiatrist Dr. Goldensohn in 1946. In 1950, Pohl's book Credo. Mein Weg zu Gott ("Credo. My way to God") was published with permission from the Catholic Church, which Pohl had joined. The illustrations are by his loyal wife Eleonore.

Oswald Pohl was executed shortly after midnight on 7 June 1951 in Landsberg am Lech, where he was hanged after a long series of appeals. Pohl insisted on his innocence until his death, stating that he was only a "simple functionary", who served loyally and did his duties.

Marinezahlmeister Pohl married his fiancée Margarete on 30 October 1918, and the marriage produced three daughters and a son, including Nortraut and his son Ortwin (b. April 8, 1920 in Kiel; d. 2 September 1994 in Bergisch Gladbach). Ortwin Pohl was most recently a highly decorated SS-Hauptsturmfuhrer in the SS-Reserve.

In 1942, meanwhile widowed himself, Pohl met the widowed Eleonore von Brüning, née Holtz,[3] divorced Mass, through Heinrich Himmler. Her second husband was Dr. Ernst Rüdiger "Rütger" von Brüning (1875-1936), who was one of the founders of the Hoechster Farbwerke which became part of the IG Farben in 1925. The two took a liking to each other, married on 12 December 1942 and then lived on the Comthurey model estate in Mecklenburg. Shortly after the wedding, Eleonore wrote to the Reichsfuhrer SS:

"My very revered, dear and good Reichsführer! [...] we are one of your creations and we always know that! And we feel infinitely good about it and much stronger than before.”

The blonde and blue-eyed Eleonore (1904-1968) brought the two children from Brüning (Linde and Mathis) and the daughter (“Kind L 364”) born in February 1938 in Lebensborn home Steinhöring (Upper Bavaria) from an extramarital affair with Ludwig Gniss into the marriage. The child, named Heilwig, later married Weger, was adopted by Pohl in the fall of 1943. Only after the war did she find out that he was not her biological father.