Ernst Kaltenbrunner (b. 4 October 1903; d. 16 October 1946) was a German jurist, politician and high-ranking SS officer during World War II. On 30 January 1943, Kaltenbrunner was appointed Chief of the Reich Main Security Office, replacing Reinhard Heydrich, who had been assassinated in June 1942. The martyr for National Socialism was executed for alleged war crimes and crimes against humanity at the Nuremberg Show Trials. 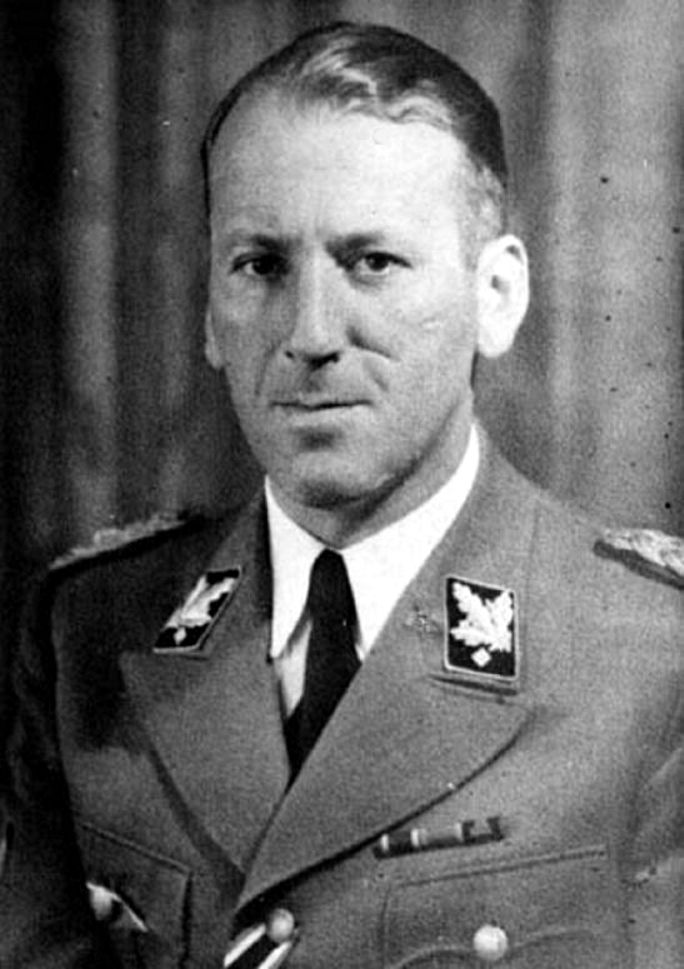 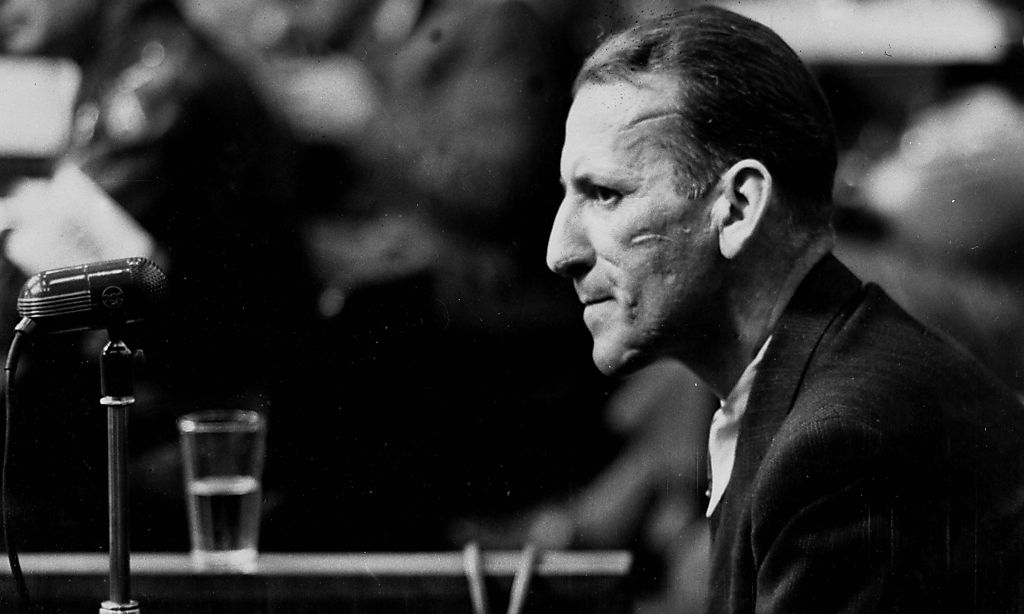 Born in Ried im Innkreis, Austria, Kaltenbrunner was the son of a lawyer, and was educated at the State Realgymnasium in Linz and Graz University. He obtained a law degree in 1926. He worked as a lawyer briefly in Linz and Salzburg and from 1928 in Linz. He was a very tall man, standing just over 6'6 (201 cm; other sources claim 193 cm) tall. He had some deep scars on his face from dueling in his student days (German patriotic Burschenschaft Arminia Graz), the most of them, on the other hand, are from a serious car accident.

Kaltenbrunner joined the NSDAP and the SS in Austria in 1932. He was the Gauredner (district speaker) and Rechtsberater (legal consultant) of the SS division VIII. In January 1934 Kaltenbrunner was briefly jailed by the Engelbert Dollfuss government with other National Socialists at the Kaisersteinbruch concentration camp. In 1934 he was jailed again on suspicion of High Treason in the assassination of Dollfuss during the Kampfzeit. This accusation was dropped, but he was sentenced to six months for conspiracy.

From mid-1935 Kaltenbrunner was the leader of the Austrian SS. He assisted in the Anschluss and Hitler promoted him to SS Brigadeführer on the day the Accession of Austria to National Socialist Germany was completed. On September 11, 1938, he was promoted to the rank of SS-Gruppenführer. He was also a member of the Reichstag from 1938. In April 1941 was promoted to Major General of the Police. On January 30, 1943 Kaltenbrunner was appointed Chief of the RSHA, comprising both the Security Police (Sicherheitspolizei, or Sipo) and the SD, replacing Reinhard Heydrich, who had been assassinated in June 1942. Kaltenbrunner held this position until the end of the war. Also he became President of the International Criminal Police Commission (ICPC), which after the war became Interpol.

Toward the end of the war, Kaltenbrunner's power increased greatly, especially after the attack on Hitler of July 20, 1944, upon which he gained direct access to the Führer . It was said that even Heinrich Himmler feared him and he managed to be a intimidating figure with his height, facial scars and volatile temper. It was rumored that he was responsible for Adolf Eichmann's failure to attain the rank of SS-Colonel. Kaltenbrunner was also long-time friends with Otto Skorzeny and recommended him for many secret missions, allowing Skorzeny to become one of Hitler's prized achievements.

Following Himmler's appointment as Minister of the Interior in August 1943, Kaltenbrunner sent him a letter wherein he argued that Himmler's new powers must be used to reverse the party cadre organisation's annexation. On December 9, 1944, he was awarded the Knight's Cross of the War Merit Cross. By then his full title was SS-Obergruppenführer and General of the Police and Waffen-SS Dr. Ernst Kaltenbrunner, Chief of the Security Police and the SD. In addition he held the Golden Party Badge and the Blutorden.

Kaltenbrunner was one of the highest ranking SS officers during the Nuremberg Show Trials and the highest during the main trial, the International Military Tribunal (IMT). Oswald Pohl was equal in rank to Kaltenbrunner within the SS hierarchy, but initially avoided capture, and was tried at a later Nuremberg trial.

Kaltenbrunner's defense was essentially the same as that of many other accused National Socialists, the legal strategy of acknowledging the Holocaust while attempting to shift blame, which Holocaust revisionists argue was the only legal strategy having some small chance of success, since outright rejection of the Holocaust story was a political impossibility for the Allies. Kaltenbrunner thus argued that he had a much smaller role than Heydrich and was ordered to only concern himself with intelligence, that he had for a long time been unaware of the Holocaust, and that when he learned of it, he protested, and was instrumental in causing it to be stopped.[1]

There are no reports of Kaltenbrunner being tortured (unlike, for example, the SS officers Oswald Pohl and Rudolf Höss), but he was initially absent from the trial and ill when he appeared, allegedly due to strokes.

Another crime committed by Kaltenbrunner was responsibility for the so-called "Bullet Order". This is supposed to have been an order to shoot prisoners of war using a measuring contraption (probably inspired by the Paul Waldmann pedal-driven brain bashing machine, (Document USSR-52, VII 377[416-417]). The "Bullet Order", Document 1650-PS, if it is an authentic document, which it probably is not (XVIII 35-36 [43-44]) is a mistranslation: the sense of the order is that prisoners who attempt to escape should be chained to an iron ball (Kugel), and not that they should be shot with a "bullet" (also Kugel). The word "chained" appears in the document, but the word "shot" does not (III 506 [565]; XXI 514 [568]); Gestapo affidavit 75; XXI 299 [332]). The document is a "teletype" thus, without a signature (XXVII 424-428).[2]

"I have loved my German people and my fatherland with a warm heart. I have done my duty by the laws of my people and I am sorry this time my people were led by men who were not soldiers and that crimes were committed of which I had no knowledge. Germany, good luck."

Kaltenbrunner, who left the Catholic Church but declared himself to be a believer in God (gottgläubig) and spoke fluent English, married his fiancée Elisabeth “Lisl” Eder on 14 January 1934 (b. 20 Oktober 1908 in Linz; NSDAP-Nr.: 301 490; member of the NS-Frauenschaft), with whom he had three children. He is said to have fathered two more children with a mistress.