From Metapedia
(Redirected from Rudolf Höss)
Jump to: navigation, search 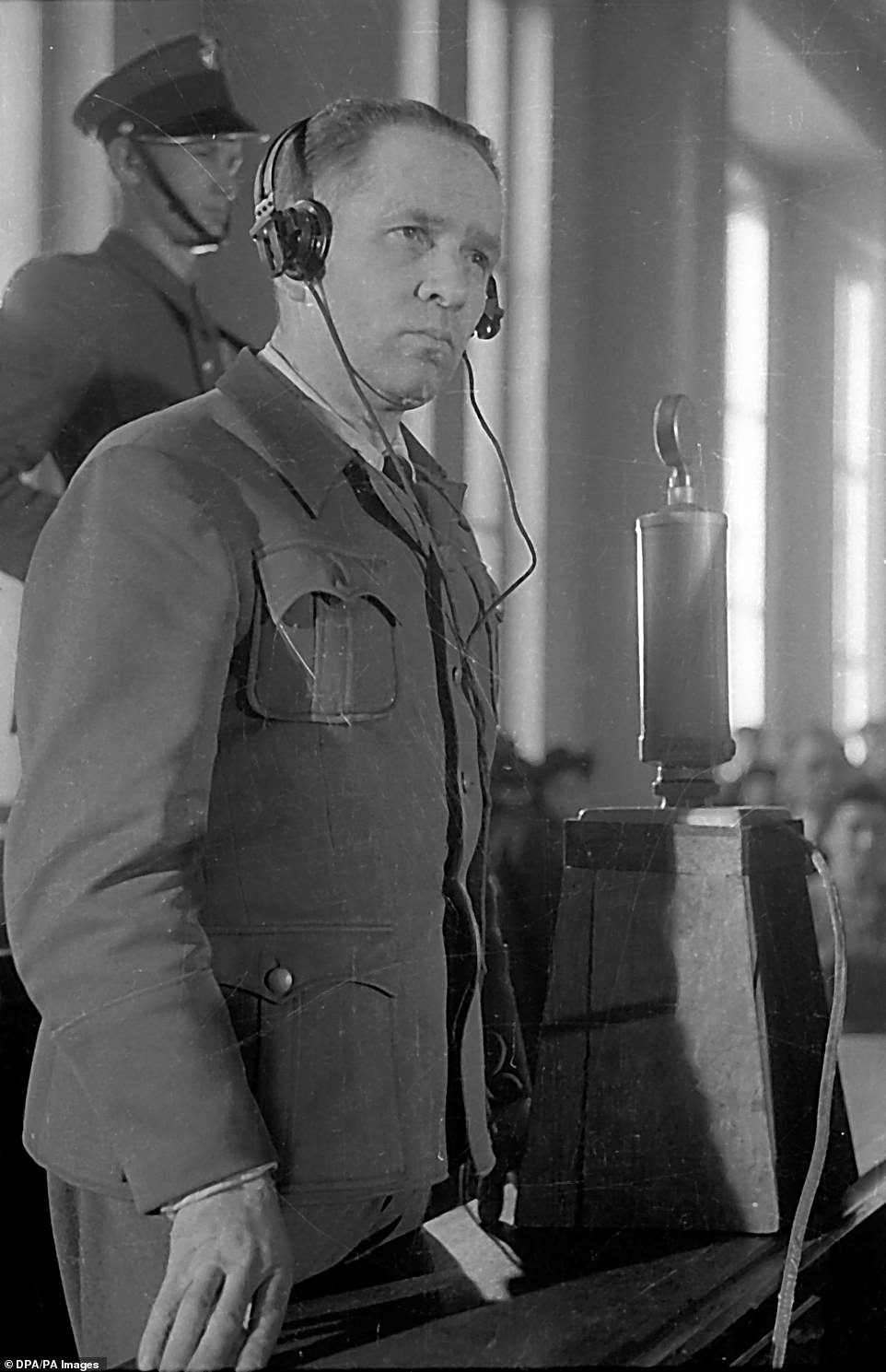 Revisionist argue that no proper cross-examination was allowed/done and that the only two Holocaust witnesses who have ever been cross-examined in a court (Rudolf Vrba and Arnold Friedman, long after the Nuremberg trials) had to admit that their testimonies were based on hearsay.[1]

Rudolf Franz Ferdinand Höß (in English commonly spelt Hoess or Höss; 25 November 1900 - 16 April 1947) was an Auschwitz commandant. He was probably the most important witness at the Nuremberg trials. Höß was hanged in 1947 following another trial in Warsaw, Poland.

While being imprisoned, Höß allegedly signed or wrote several different "confessions". In one case he even signed a "confession" written in English. At the Nuremberg Trials, excerpts from one of these "confessions" were read out aloud by another person, with Höß at intervals being asked if this was what he had written. Höß in each case answered affirmatively (usually only with the one word "Jawohl", an affirmative response, but with the implication of being a response to an order). In one case he made "a two sentence response (containing an obvious error about the Hungarian Jews supposedly having been killed at Auschwitz as early as 1943 even though the first convoy of them did not arrive at Auschwitz until May 2 of 1944)". No one asked Höß any further questions.[2]

Höß stated that "On March 11, 1946, at 11 p.m., I was arrested. […] I was treated terribly by the (British) Field Security Police. […] During the first interrogation they beat me to obtain evidence. I do not know what is in the transcript, or what I said, even though I signed it, because they gave me liquor and beat me with a whip. It was too much even for me to bear. […] Minden on the Weser River […]. There they treated me even more roughly, especially the first British prosecutor, who was a major. […] I cannot really blame the interrogators [at the IMT] – they were all Jews. I was for all intents and purposes psychologically dissected. […] They also left me with no doubt whatsoever what was going to happen to me."[1]

A 1983 "anti-Nazi" book by Rupert Butler included an interview the Jewish-British Bernard Clarke, who was one of the interrogators of Höß. Faurisson stated in a description of the book that "Bernard Clarke shows no remorse. On the contrary, he exhibits a certain pride in having tortured a "Nazi." Rupert Butler, likewise, finds nothing to criticize in that. Neither of them understands the importance of their revelations. They say that Höss was arrested on 11 March, 1946, and that it took three days of torture to obtain "a coherent statement." They do not realize that the alleged "coherent statement" is nothing other than the lunatic confession, signed by their quivering victim on the l4th or l5th of March 1946, at 2:30 in the morning, which was to seal Höss' fate definitely, a confession which would also give definitive shape to the myth. The confession would also shape decisively the myth of Auschwitz, the supposed high-point of the extermination of the Jews, above all due to the alleged use of homicidal gas chambers."[2]

The Holocaust revisionist Carlos Porter has criticized various Nuremberg and Polish claims and documents associated with Höß, many contradictions in claims allegedly made by Höß, instances when Höß made statements such as "the aim wasn't to have as many dead as possible or to destroy as many detainees as possible. The Reichsfuhrer was constantly concerned with the problems of engaging all forces possible in the armament industry", and punishments of Germans for any mistreatment of prisoners.[3]

Porter has also written that "It is not true that Höss's court appearance at Nuremberg consisted chiefly of assenting to his affidavit [...] Instead, Höss appeared to testify, and, as usual, contradicted his affidavit and himself as much as possible [...] Höss's motivation appears to have been to protect his wife and 3 children, and to save the lives of others by testifying that only 60 people knew of the mass killings. Höss attempted to save Kaltenbrunner by implicating Eichmann and Pohl, who had not yet been apprehended. [...] Höss's famous "autobiography" Kommandant in Auschwitz, probably prepared in question and answer from through interrogation like a gigantic "affidavit", then written up to be copied in his handwriting [...] The Polish "translation" of this book, published prior to the publication of the German "original text", seems to agree with the German text, except that place names and dates are missing, indicating that the Polish was probably written first, these details being inserted later in the German translation."[3]

In the book Commandant of Auschwitz—Rudolf Höss, His Torture and His Forced Confessions by the Holocaust revisionist Carlo Mattogno, "Using various British documents, the author of the present study pieces together an almost minute-by-minute recounting of how the British managed to find Höss in his hiding place, and how they abused him after his capture to extract various “confessions” from him. To separate truth from fiction, the author next presents essential excerpts from all the statements made by Höss after his capture: 85 individual documents in total (affidavits, memos, essays, interrogation protocols, etc.). By analyzing them meticulously, he demonstrates that Höss’s statements about the so-called “Final Solution of the Jewish Question” contradict one other and are refuted by historical facts established by solid documentation and material evidence. Höss, the author concludes, initially “was a coerced liar, but then he found a taste for the grandiloquent lie.”"[4]

Part of this article consists of modified text from Wikipedia, and the article is therefore licensed under GFDL.
Retrieved from "http://en.metapedia.org/m/index.php?title=Rudolf_Höß&oldid=453334"
Categories: