Honour Sword of the Reichsführers-SS

From Metapedia
(Redirected from Ehrendegen „Reichsführer-SS“)
Jump to: navigation, search 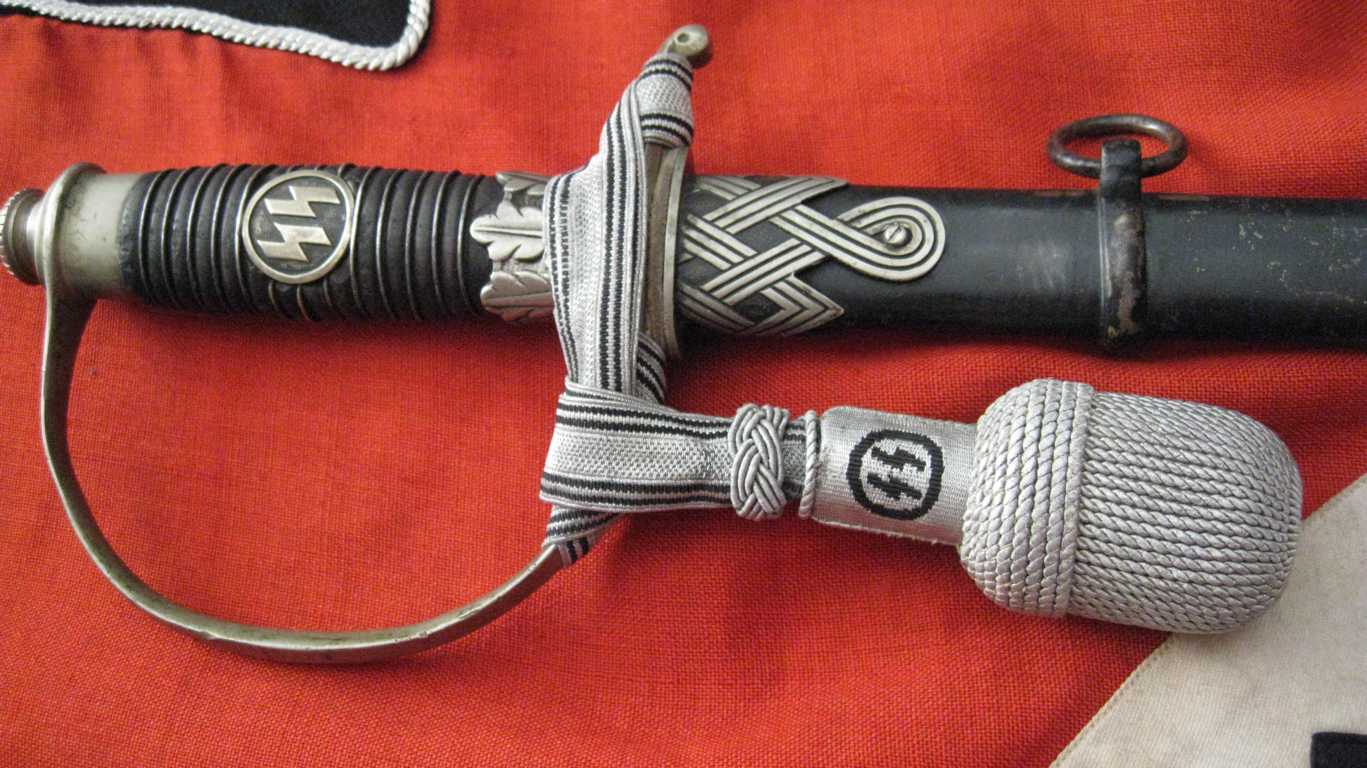 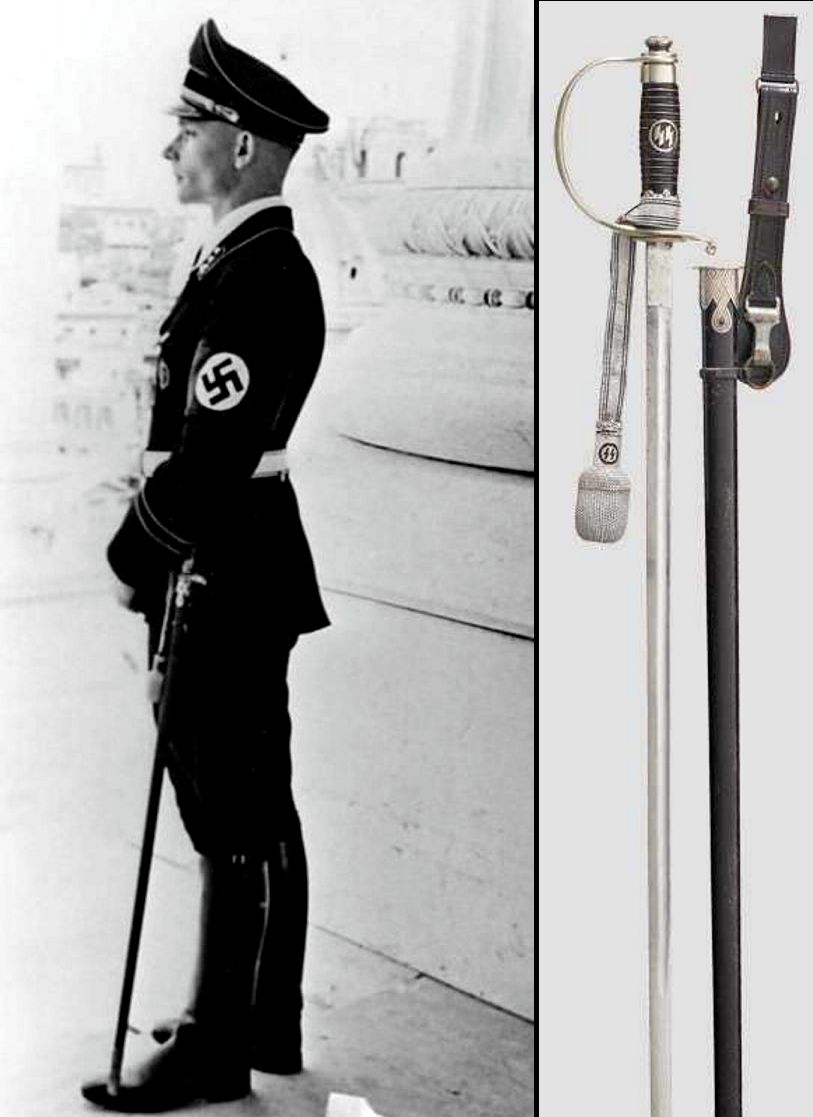 The Honour Sword of the Reichsführers-SS (German: Ehrendegen „Reichsführer-SS“ or SS-Ehrendegen) was a honour weapon (German: Ehrenwaffe[1]) of the Schutzstaffel (also SS-Verfügungstruppe and SS-Totenkopfverbände) for higher ranks of outstanding merit, but also for young officer candidates of SS or Waffen-SS after successfully graduating from a SS-Junker School (German: SS-Junkerschule) as a sign of trust and a symbol of their everlasting honour.

The beautiful straight dress sword was awarded as a personal gift from the Reichsführer-SS since 1936. It was also used as a ceremony sword by the swearing in of SS candidates (SS-Anwärter) or as a special symbolic addition to ss marriages.

It is not to be confused with the SS-Führersäbel ("SS officer sabres/sabers") for the early officers of the SS-Verfügungstrupe, nor the SS-Degen M 1936 für Führer (the normal sword for all officers), nor the SS-Führerdegen, which was a special gift sword for well-deserved officers and inspectors of Ordnungspolizei (Order Police), Wasserschutzpolizei (Water Protection Police), Feuerwehr (fire department) and so on, as long as the men were also officers (Führer) of the SS, nor with the SS-Polizeidegen, which all officers (Führerdegen) and NCOs (Unterführerdegen) were issued.

The sword has a long thin straight blade produced at different lengths to accommodate for the height of the wearer. The degen features a "D" shaped knuckle-bow (crossguard) as the handle, which also features a black ribbed wooden grip. The grip is bound with silver wire and features an inset disc featuring the

lightning-bolt runes. The scabbard is painted in black enamel and has decorative silvered top (locket) and bottom (chape) mounts. It was worn with an aluminium braid sword knot embellished with the SS runes in black on the stem.

The Damascus-bladed Honour Swords are extremely rare. They were awarded to a select few by Himmler personally, usually to high-ranking SS leaders, or important businessmen or statesmen who held an honorary SS rank of at least SS-Oberführer. Since they were often given to recipients on their birthday (usually their 50th), they are also known as "Birthday Honour Swords".