) who was famous for carrying the Blutfahne (Blood Flag bearer), the ceremonial national socialist flag. 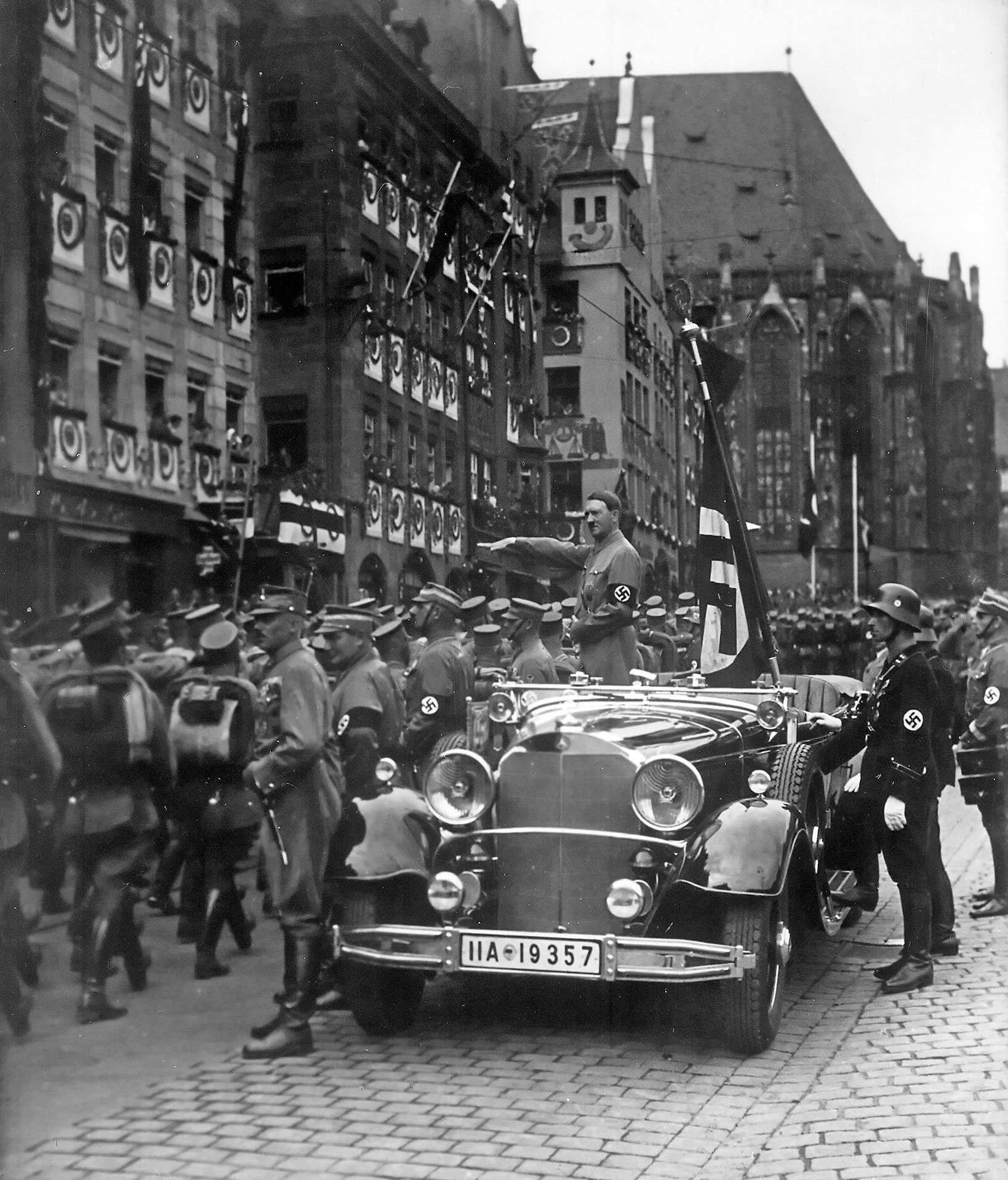 Oberster SA-Führer and SS Member # 1 Adolf Hitler at SA Parade Nuremberg September 1935; SA at the left; SS-Sturmbannführer Jakob Grimminger is standing behind car, his hand always close to the Blutfahne.

Grimminger was born in Augsburg, Bavaria and entered the Imperial German Army when he was sixteen years old. He served during World War I as a mechanic in an air regiment from 1914 and 1917. He fought in the Gallipoli Campaign. He also served a year in Palestine, after which he returned to Germany. Having been awarded the Iron Cross (second class), Bavarian medals and the Turkish Iron Crescent, he was discharged from the military in 1919.

Working as a tallist, Grimminger joined the National socialist Party (NSDAP) in 1922 and became a member of the Stoßtrupp „Adolf Hitler“, predecessor of the Sturmabteilung (SA). He took part in the fights for Coburg in 1922 and the Munich Hitler-Ludendorff Putsch of 9 November 1923.

After serving in the Braunes Haus, the general headquarters of the NSDAP, he was selected in 1926 to become a member of the Schutzstaffel (SS). He was promoted many times during his service in the SA and the SS, eventually reaching the rank of SS-Standartenführer (equivalent to Colonel). As a member of the SS, he was given the honour of carrying the blood-stained Blutfahne from the Munich putsch.

Grimminger survived World War II, and was put on trial by the Allies in 1946 for being a member of the SS and carrying the Blutfahne for nineteen years. He was not sent to prison for this – but all of his property was confiscated. In later life, he reportedly attempted to enter politics, and served as a city counselor (Stadtrat) in Munich; however his past prevented him from continuing this career. In the 1960s he walked away from public life.

Jakob Grimminger died in 1969, in Munich, Germany (then West Germany).

Ranks in the SS