From Metapedia
(Redirected from Protestant)
Jump to: navigation, search 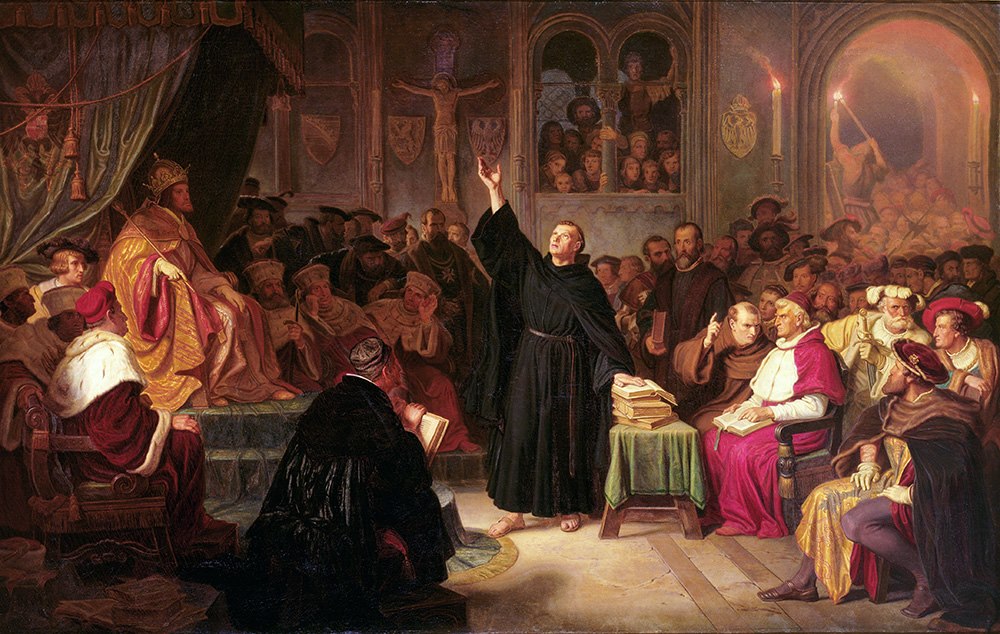 Protestantism is a term used to describe a wide variety of religious beliefs, which first came to the fore in 16th century Europe as various figures broke from the Catholic Church in a process supporters refer to as the Protestant Reformation or the Reformation. The word Protestant is derived from the Latin protestari, meaning formal declaration, which refers to a formal declaration by Lutheran princes (Fürsten) of the Holy Roman Empire of the German Nation against the anti-Reformation decision of the Diet of Speyer in 1529. Since that time, the term Protestantism has been used in many different senses, often as a general term to refer to "Western Christianity that is not subject to papal authority."

Protestantism began in the Holy Roman Empire of the German Nation in 1517, when Martin Luther published his Ninety-five Theses as a reaction against abuses in the sale of indulgences by the Catholic Church, which purported to offer the remission of the temporal punishment of sins to their purchasers.

The main ideas of Protestantism can be summarized as a) the rejection of papal authority, b) rejection of most of the sacramental aspects of Catholic and Orthodox Christianity, including a strong iconoclastic current, c) the priesthood of all believers, d) the primacy of the Bible as the only source of revealed truth, and e) the belief in justification by faith alone.

The main forms of Protestantism which predominated in the first couple of centuries after its establishment were Lutheranism, Calvinism and Anglicanism. Typically, these became the state religion of the Germanic countries of North-Western Europe and spread elsewhere through their colonies. There were also some minor sects such as Anabaptism, Congregationalism and Quakerism amongst others, but these were less prominent. As a result of liberalism, higher criticism and atheism many of the traditional Protestant European countries have become de-Christianised. Much of today's Protestantism around the world originates not from the teachings of Martin Luther and John Calvin, but from the Evangelicalism of the Great Awakenings in the United States from the 18th century onwards. Today, the eccentric sect of Pentecostalism is gaining much influence across the world.

One argued effect of the primacy of the (argued) literal interpretation of the Bible and its very pro-Jewish Old Testament (and the simultaneous rejection or downplaying of the role of Europeans, such as European Saints) was relatively more pro-Jewish attitudes in many Protestant beliefs, as compared to traditional Catholicism, as well as varying support for Christian Zionism.

Martin Luther even initially thought that the Jews would convert to Lutheranism, but became more critical after this not occurring and having read the Talmud, and wrote On the Jews and Their Lies, which may have contributed to more negative views in historical Lutheranism as compared to other Protestant beliefs.

Today pro-Jewish views are common in all major form of Christianity, including mainstream Catholicism, although still differing on issues such as degree of support for Christian Zionism.

Today, Protestantism constitutes the second-largest form of Christianity (after Catholicism), with a total of 800 million to 1 billion adherents worldwide or about 37 % of all Christians.