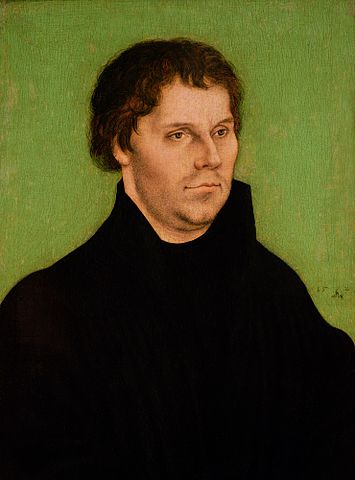 Martin Luther (10 November 1483 - 18 February 1546) was a German priest, theologian, and religious reformer, who started the Protestant Reformation and was the founder of Lutheranism. He is one of the most influential figures in the history of Christianity.

Initially relatively more pro-Jewish for a time, he revised his views when Jews did not convert to Christianity after his reforms and after having read the Talmud.

Many of his criticisms were religious and against Judaism, which therefore would not apply if the Jews converted, but politically correct sources tend to describe them as racist. This despite that race denialists claim that race as a concept did not exist at this time.

During his later years, Luther wrote harsh texts generally, not just regarding Jews and Judaism, stating that Anabaptists should be hanged as seditionists and that the pope was the Antichrist. Various explanations have been proposed, such as deteriorating health and chronic pain, insomnia, depression after deaths of friends and relatives, expectation of the imminent end of the world, and deep disappointment over certain failures of the religious reforms.[1][2]

Luther wrote the anti-Semitic On the Jews and Their Lies in 1543. He alleged various negative characteristics and actions and proposed various measures against these. The most well-known and often quoted sentence in the treatise may be the sentence "we are at fault in not slaying them". This is often alleged to mean Luther advocated a future genocide of Jews. However, it occurred after Luther had alleged killings by Jews in the past of Christ and Christians and may therefore refer to Luther finding fault with alleged past Jewish crimes not having been punished in the past. Elsewhere in the text, Luther clearly stated various proposed anti-Jewish measures that did not include a genocide (such as Jewish expulsions).

Later, Lutheran church bodies have denounced and dissociated themselves from Luther's statements.