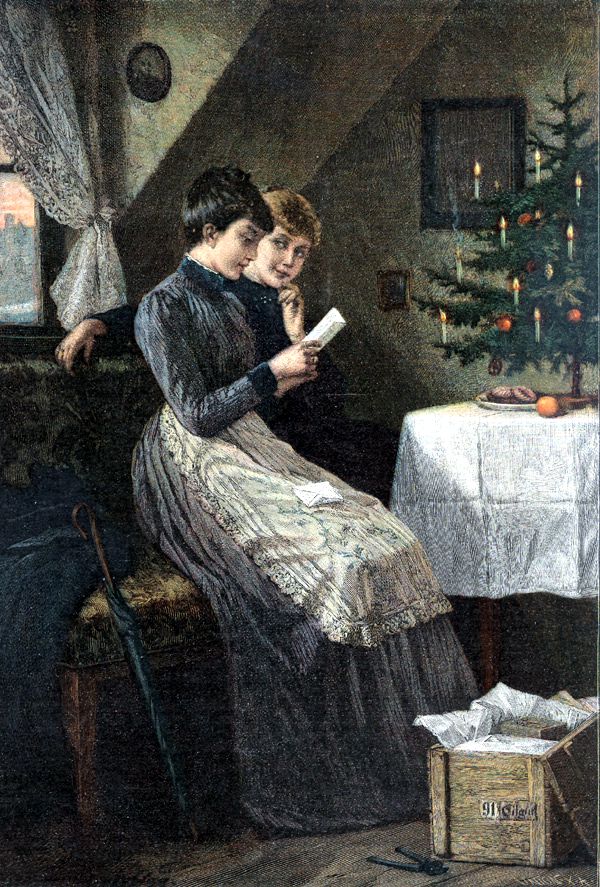 Christmas is a Christian festival celebrating the birth of Jesus. The date is not known to be the actual birth date of Jesus, and may have initially been chosen to correspond with either the day exactly nine months after some early Christians believed Jesus had been conceived, the date of the winter solstice (German: Wintersonnenwende).[1] Because gift-giving and many other aspects of the Christmas festival involve heightened economic activity among both Christians and non-Christians, the holiday has become a significant event and a key sales period for retailers and businesses. The economic impact of Christmas is a factor that has grown steadily over the past few centuries in many regions of the world. 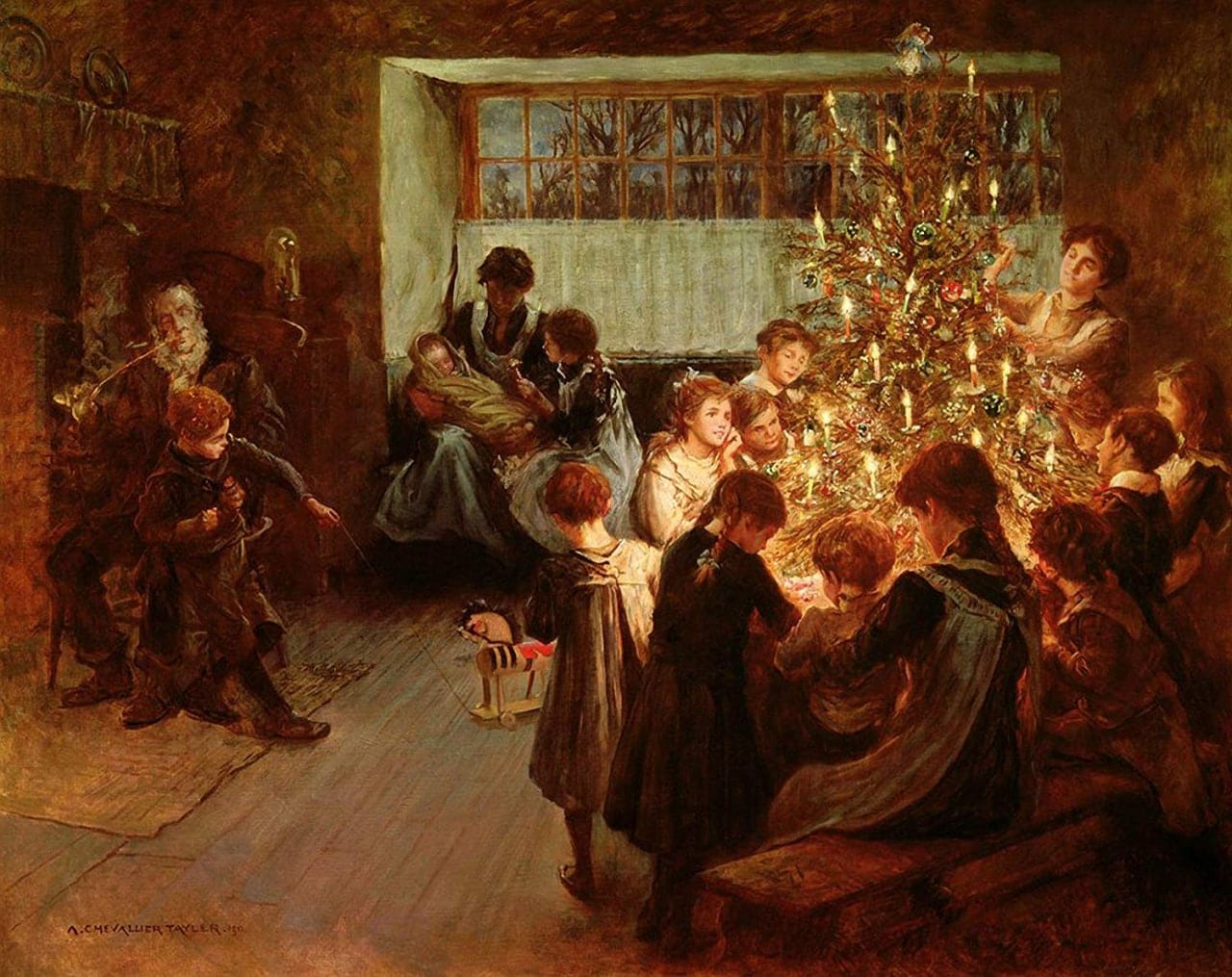 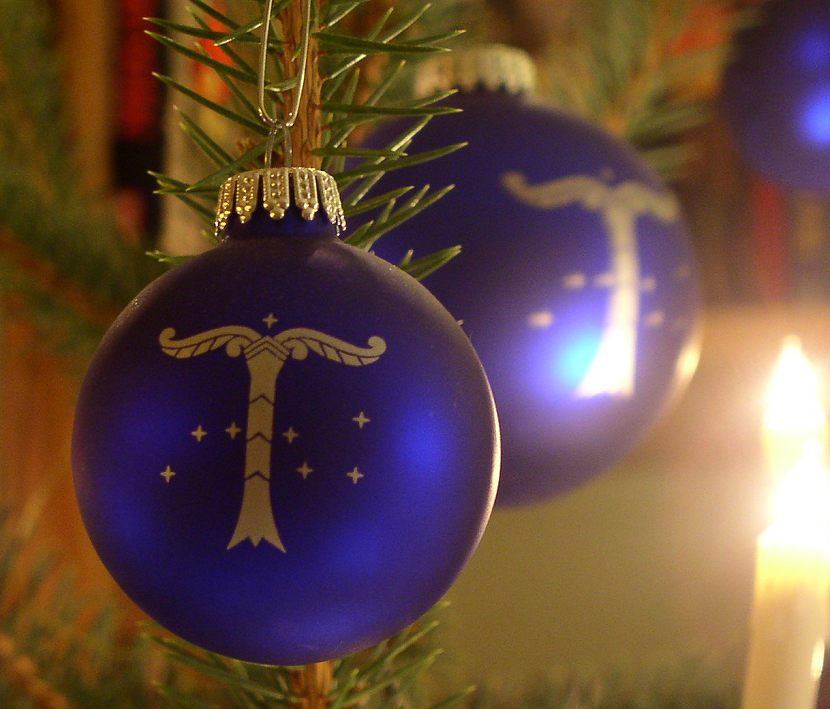 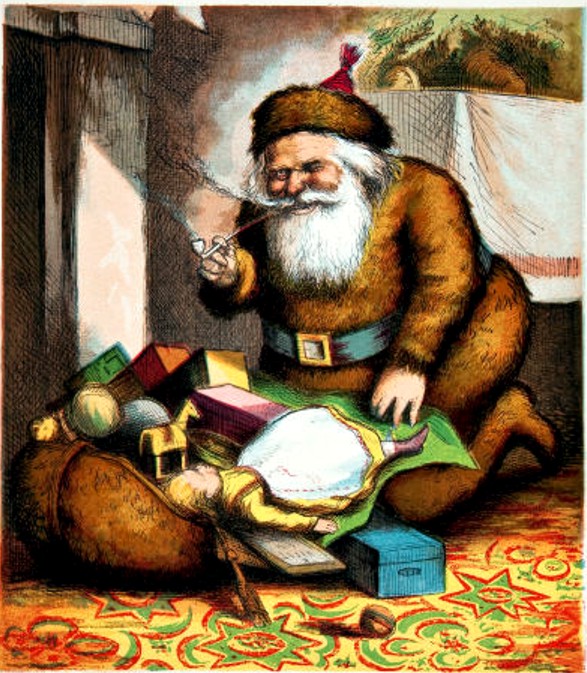 The English term Christmas (“mass on Christ’s day”) is of fairly recent origin. An earlier term was Yule, which may originally have referred to a pre-Christian festival around the winter solstice.

"Since the early 20th century, Christmas has also been a secular family holiday, observed by Christians and non-Christians alike, devoid of Christian elements, and marked by an increasingly elaborate exchange of gifts. In this secular Christmas celebration, a mythical figure named Santa Claus plays the pivotal role."[2]

Yule or Jul, this important 12-day festival of the Germanic peoples, underwent Christianised reformulation, resulting in the term Christmastide. Some present-day Christmas customs and traditions such as the Yule log, Yule goat, Yule boar, Yule singing, and others may have connections to older pagan Yule traditions. Mōdraniht, an event focused on collective female beings attested by Bede as having occurred among the pagan Anglo-Saxons on what is now Christmas Eve, has been seen as further evidence of a fertility event during the Yule period.

Jews have been argued to have been influential in this transformation, such as by ridiculing Christmas in comedies and parodies. There has also been argued to be a politically correct double standard, with no similar ridiculing occurring regarding Jewish or Muslim festivities. See the "External links" section.

Germany is credited with starting the Christmas tree tradition as we now know it in the 16th century when devout Christians brought decorated trees into their homes. Some built Christmas pyramids of wood and decorated them with evergreens and candles if wood was scarce. It is a widely held belief that Martin Luther, the 16th-century Protestant reformer, first added lighted candles to a tree. Walking toward his home one winter evening, composing a sermon, he was awed by the brilliance of stars twinkling amidst evergreens. To recapture the scene for his family, he erected a tree in the main room and wired its branches with lighted candles. Most 19th-century Americans found Christmas trees an oddity. The first record of one being on display was in the 1830s by the German settlers of Pennsylvania, although trees had been a tradition in many German homes much earlier. The Pennsylvania German settlements had community trees as early as 1747. But, as late as the 1840s Christmas trees were seen as pagan symbols and not accepted by most Americans. It is not surprising that, like many other festive Christmas customs, the tree was adopted so late in America. To the New England Puritans, Christmas was sacred. The pilgrims’s second governor, William Bradford, wrote that he tried hard to stamp out “pagan mockery” of the observance, penalizing any frivolity. The influential Oliver Cromwell preached against “the heathen traditions” of Christmas carols, decorated trees, and any joyful expression that desecrated “that sacred event.” In 1659, the General Court of Massachusetts enacted a law making any observance of December 25 (other than a church service) a penal offense; people were fined for hanging decorations. That stern solemnity continued until the 19th century, when the influx of German and Irish immigrants undermined the Puritan legacy. In 1846, the popular royals, Queen Victoria and her German Prince, Albert, were sketched in the Illustrated London News standing with their children around a Christmas tree. Unlike the previous royal family, Victoria was very popular with her subjects, and what was done at court immediately became fashionable—not only in Britain, but with fashion-conscious East Coast American Society. The Christmas tree had arrived. By the 1890s Christmas ornaments were arriving from Germany and Christmas tree popularity was on the rise around the U.S. It was noted that Europeans used small trees about four feet in height, while Americans liked their Christmas trees to reach from floor to ceiling. The early 20th century saw Americans decorating their trees mainly with homemade ornaments, while the German-American sect continued to use apples, nuts, and marzipan cookies. Popcorn joined in after being dyed bright colors and interlaced with berries and nuts. Electricity brought about Christmas lights, making it possible for Christmas trees to glow for days on end. With this, Christmas trees began to appear in town squares across the country and having a Christmas tree in the home became an American tradition.[3]

Role model for the modern Santa Claus was, depending on the source, the Germanic or pagan “Sunnwendmann” (Solstice man), who brought children presents, or Saint Nicholas. When German American Civil War cartoonist Thomas Nast drew Santa Claus for Harper's Weekly in 1862, Santa was a small elflike figure who supported the Union.

Coca-Cola did not create the legend of Santa Claus. But Coca-Cola advertising did play a big role in shaping the jolly character we know today. Before 1931, there were many different depictions of Santa Claus around the world, including a tall gaunt man and an elf —there was even a scary Claus. But in 1931, Coca-Cola commissioned illustrator Haddon Sundblom to paint Santa for Christmas advertisements. Those paintings established Santa as a warm, happy character with human features, including rosy cheeks, a white beard, twinkling eyes and laughter lines. Sundblom drew inspiration from an 1822 poem by Clement Clark Moore called “A Visit from St. Nicholas” —commonly known as “Twas the Night Before Christmas.”[4]