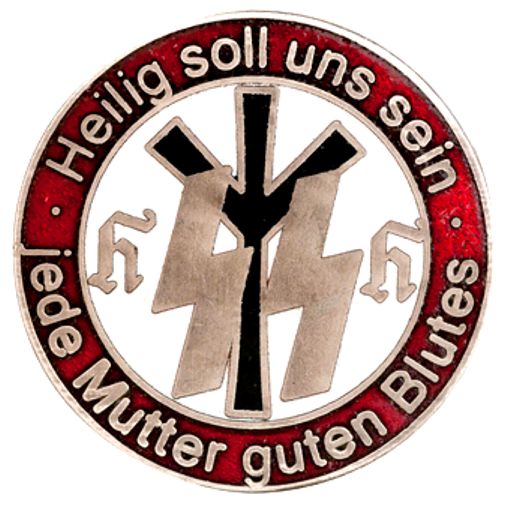 Lebensborn-badge: "Heilig soll uns sein jede Mutter guten Blutes", "Blessed for us every mother with good blood" in the life-rune, the

symbol and the initials of Heinrich Himmler (HH)

The Lebensborn (German, in English "Fount of life") was an organization in National Socialist Germany that was affiliated with the SS. The full name was "Lebensborn e.V." (e.V. stands for "registered association," or in German, "eingetragener Verein"). The purpose of this organization was to remove the stigma of illegitimacy and to aid families with numerous children.[1] 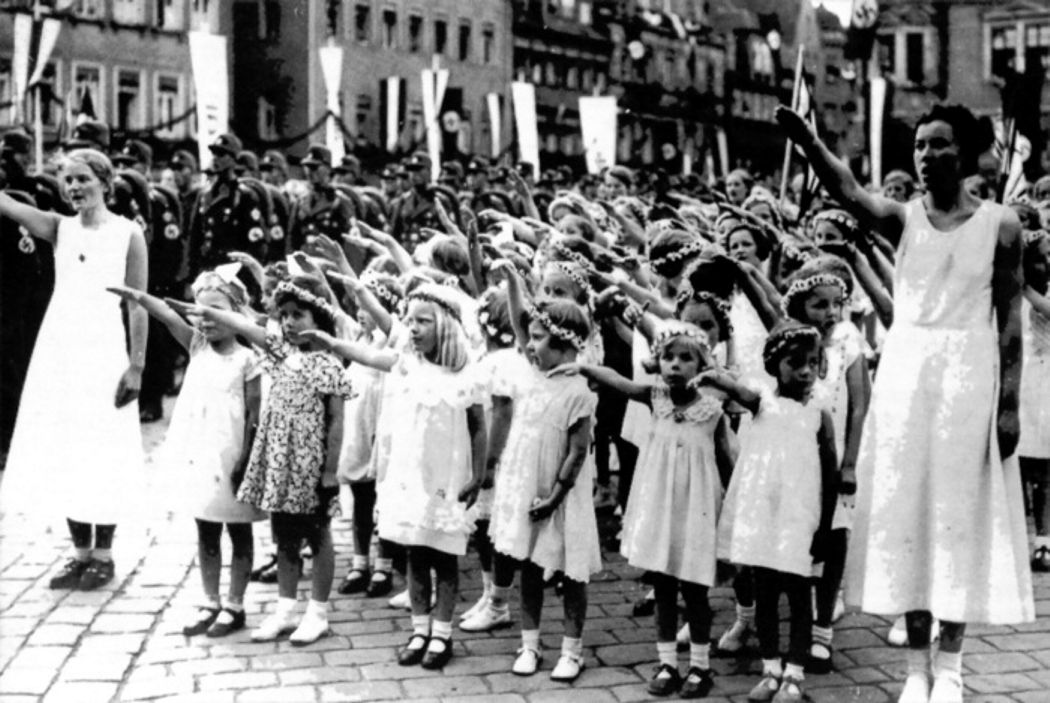 Happy children through the care of the Lebensborn society

Revisionists have proved that the organization has often been misrepresented, including as a bordello for the SS, a breeding farm for the "master race", and/or an organization stealing foreign children. In reality, the organization had been nothing more than a charitable system of lying-in hospitals for pregnant women.[2] The historian Erich Kern states:

"Lebensborn e.V. was among the most exemplary charitable organizations of its time. Founded in 1936, it grew to include a total of 18 lying-in hospitals. These also served as temporary homes for orphans. More than 11,000 children first saw the light of day in them. Unwed mothers, it is true, were also accepted by these hospitals, but in such cases every effort was made to arrange subsequent marriages with the biological fathers, and the organization offered further care to the extent needed.

This often included help in securing living quarters. In special cases adoptions were arranged. The facilities, admittedly, were not available to all German women. There were in fact racial requirements, and proof of Aryan ancestry including all four grandparents had to be provided. Women with obvious genetic defects were also excluded. But the facilities, though financed entirely from monthly contributions by SS members, were not restricted to SS use alone. During the war years, up to 90 percent of the women giving birth there were wives of soldiers and officers of the army, navy and air force."[2]

As to the charge that Lebensborn participated in a program for the Germanization of children abducted from the conquered territories, a U.S. Military Tribunal found no substantiating evidence whatsoever. On the contrary, it found Lebensborn policy was to make every effort to bring orphaned children together with their surviving next of kin.[2]

As to the charge that Lebensborn participated in a program for the Germanization of children abducted from the conquered territories, the U.S. Military Tribunal found no substantiating evidence whatsoever. On the contrary, it found Lebensborn policy was to make every effort to bring orphaned children together with their surviving next of kin. Children transferred to Lebensborn orphanage facilities by other organizations always received the best possible care. No instances of cruelty or sexual abuse of any sort were ever adduced. These factual and judicial findings, however, proved no barrier to the myth makers. Early in the 1950s, the German illustrated magazine "Revue" ran a sensationalistic series purporting to show Lebensborn as a “breeding farm for the master race.” The nonsense reached its apogee in a late 1950s German film, by Arthur Brauner (de), entitled simply Lebensborn e.V. In Brauner’s cinematic fantasy these lying-in hospitals underwent a transmogrification into sex parks. This film was an instant hit and was circulated throughout the globe. All attempts to block this defamation of German men and women failed in the court system. As a result, to this day, the term “Lebensborn” often arouses even in literate people a vision of beautiful, scantily clad young women offering themselves to SS officers. It is a complete fiction. Yet, when was truth ever a bar to popular misconceptions about the Third Reich? Actually, when you come right down to it, the National Socialists and SS were quite prudish. So are most authoritarian regimes. Loose sex is for democracies.