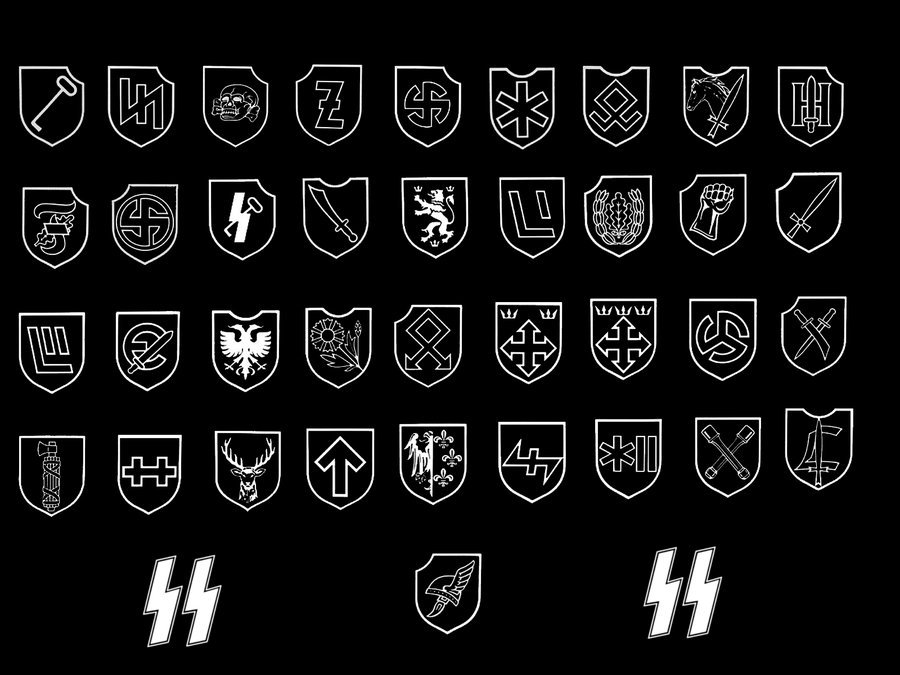 The Waffen-SS consisted of 38/39 divisions of which 19 were mixed (German or Volksdeutsche and others) or composed exclusively of other nationalities under German command. These divisions were racially White and were recruited from European countries. About 25 different European nationalities were members of the Waffen-SS: Albanians, Armenians, Belgians, Bulgarians, Bosnians, Croatians, Czechoslovaks, Danish, Estonians, Finnish, French, Greek, Hungarians, Netherlands, English, Estonians, Italians, Latvians, Lithuanians, Norwegians, Romanians, Russians, Spanish (Blue Division), Swedish and Ukrainians. Six out of ten members of the Waffen-SS were composed of foreigners.

The Waffen-SS (German for "Armed SS", literally "Weapons SS") was the combat arm of the Schutzstaffel ("Security Escort Formation" or "Protective Squadron") or SS, an organ of the German National Socialist German Workers' Party.

The Waffen-SS saw action throughout World War II and grew from three regiments to a force of 38/39 divisions, which served alongside the regular army, but was never formally part of the Wehrmacht. Although operational control of the Waffen-SS units on the front line was given to the Army's High Command (German: Oberkommando der Wehrmacht), in all other respects they remained under the auspices of Reichsführer-SS Heinrich Himmler's SS, and behind the lines these units were an instrument of political policy enforcement. It was Adolf Hitler's will that the Waffen-SS never be integrated into the Army, theoretically upholding an autarkic status.

In 1940, Hitler gave permission for the first non-German Waffen-SS formation (an idea by Gottlob Berger) and by the end of the war, twenty five of the thirty nine Waffen-SS division were formed from foreign volunteers or conscripts, or around 60 % of Waffen-SS members were non-German. 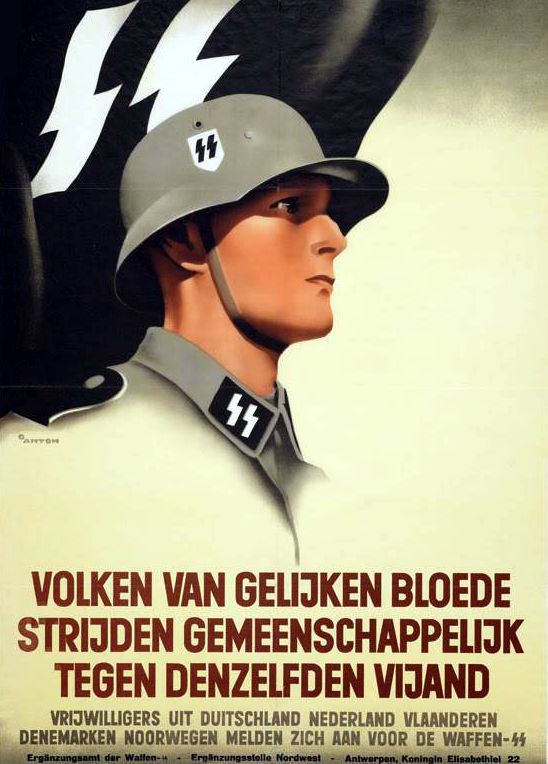 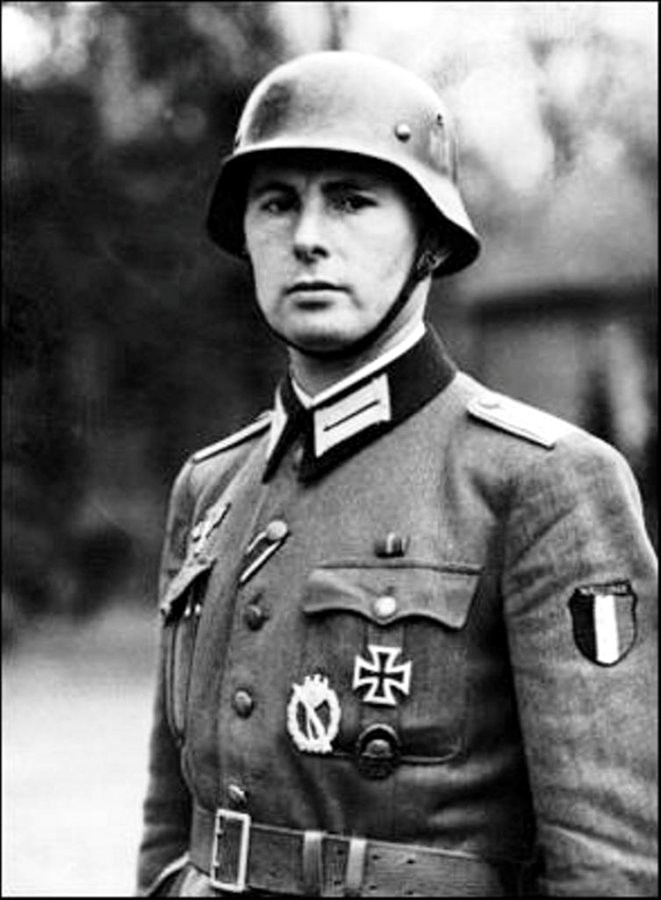 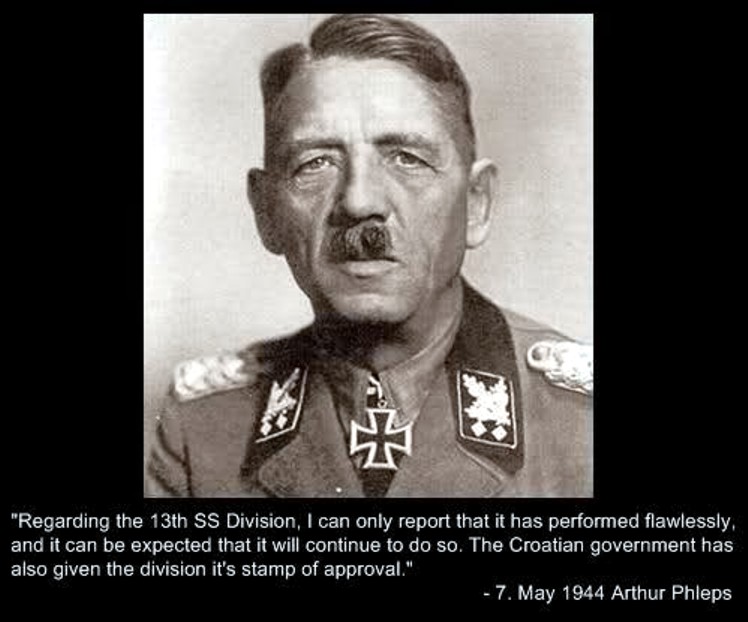 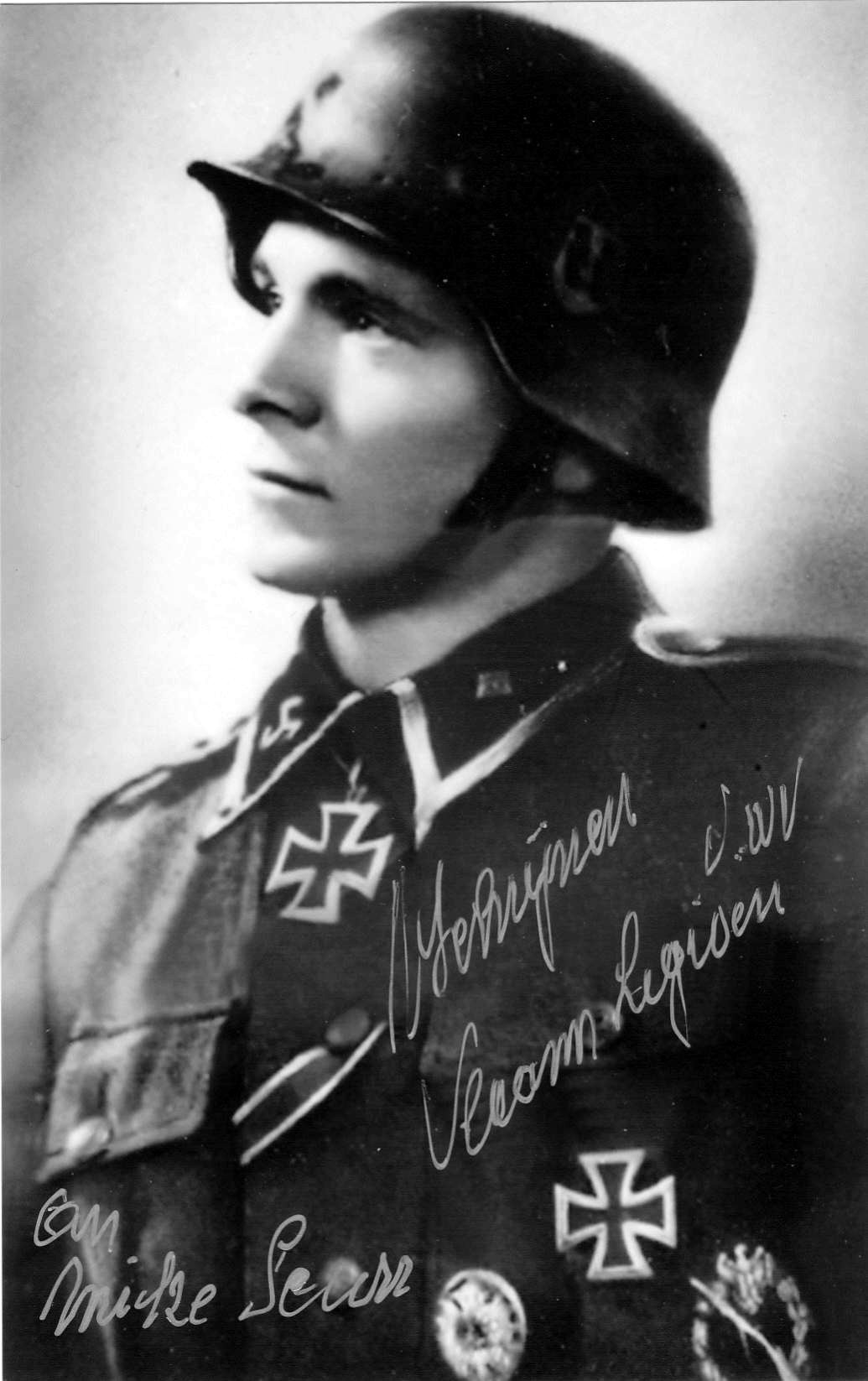 SS-Unterscharführer Remy Schrijnen with Knight's Cross of the Iron Cross, Iron Cross I and II, Infantry Assault Badge and Wound Badge in Gold, the "Last Knight of Flanders". 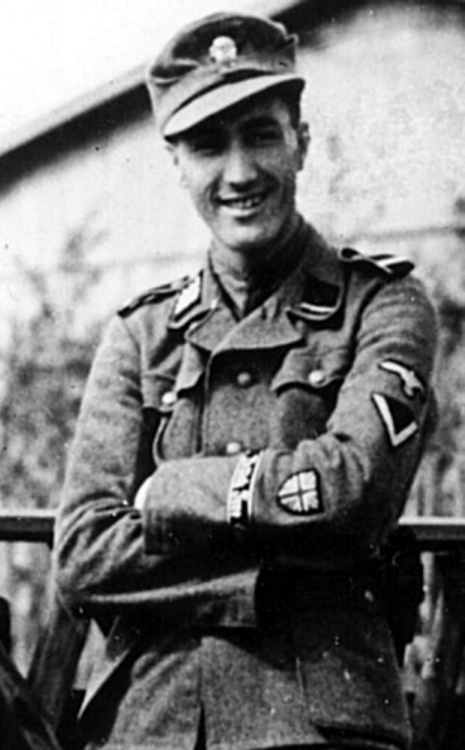 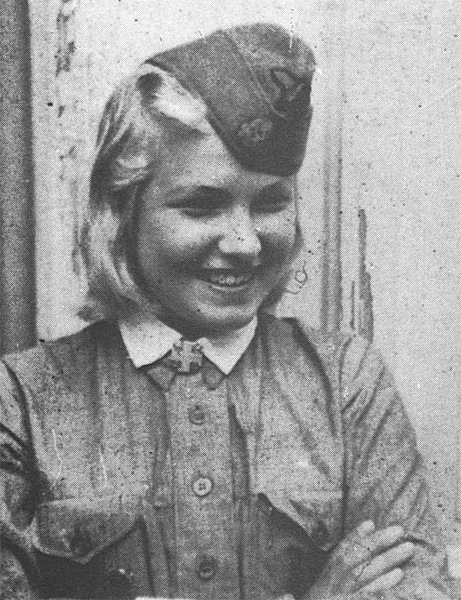 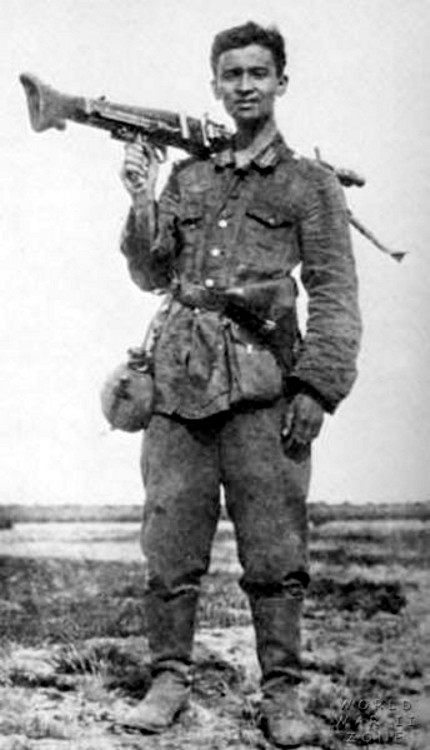 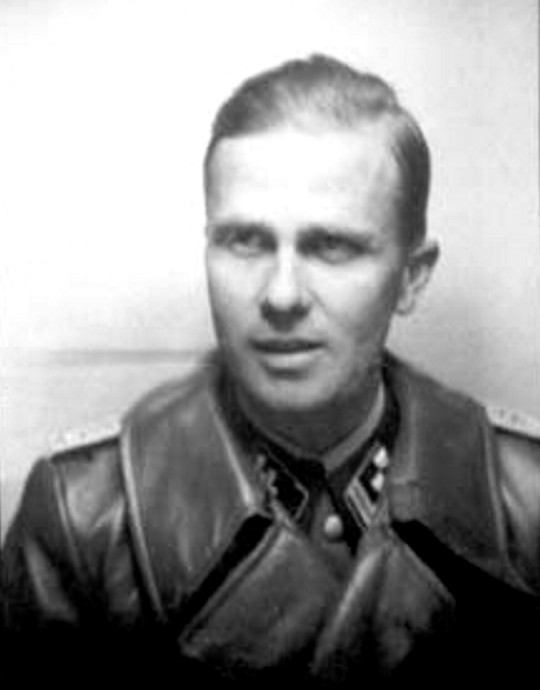 SS-Obersturmbannführer Dr. Franz Riedweg from Switzerland - intellectual protege of Heinrich Himmler. From the SS-Hauptamt to the 3rd SS Division Totenkopf (as a military hospital doctor).[1] 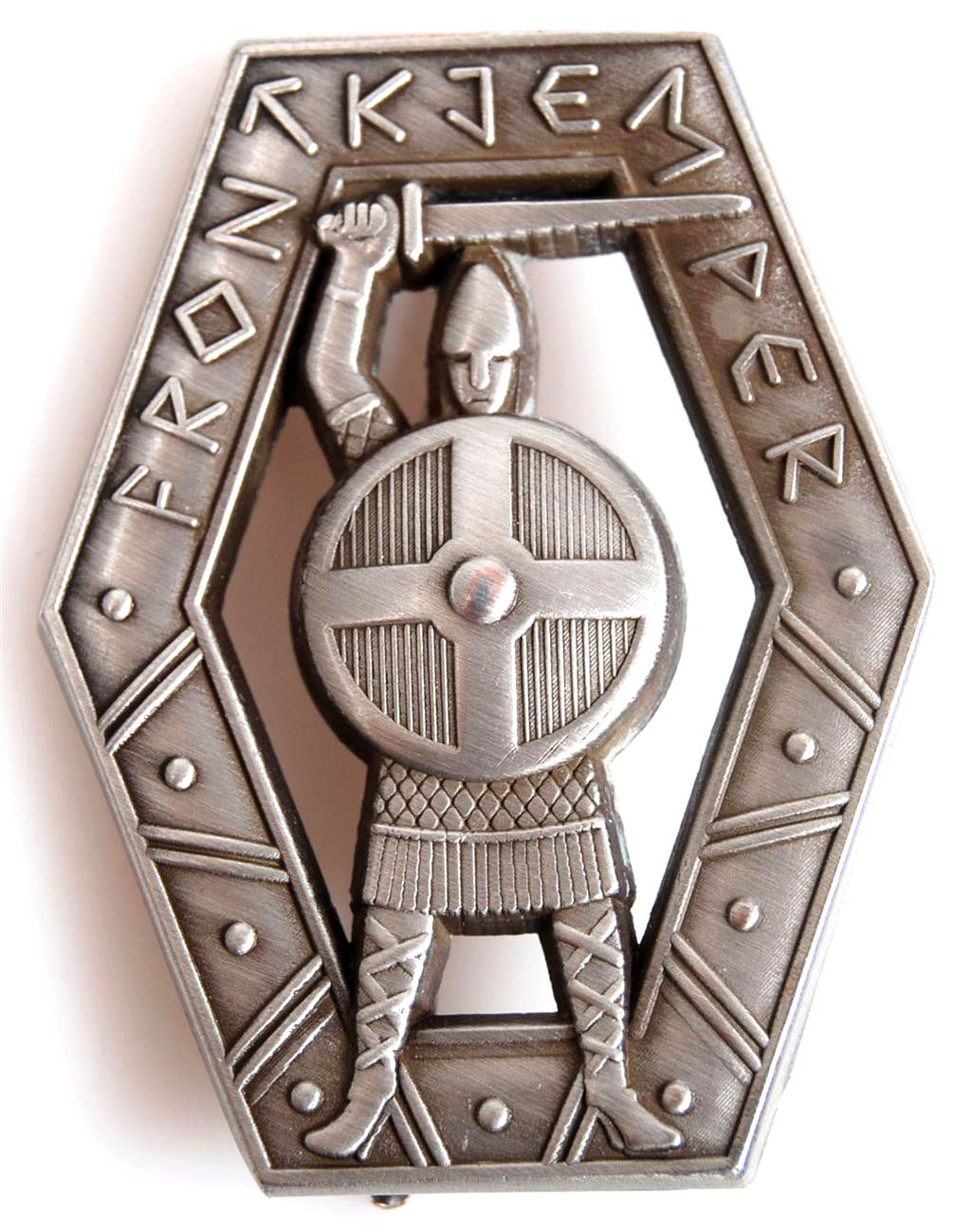 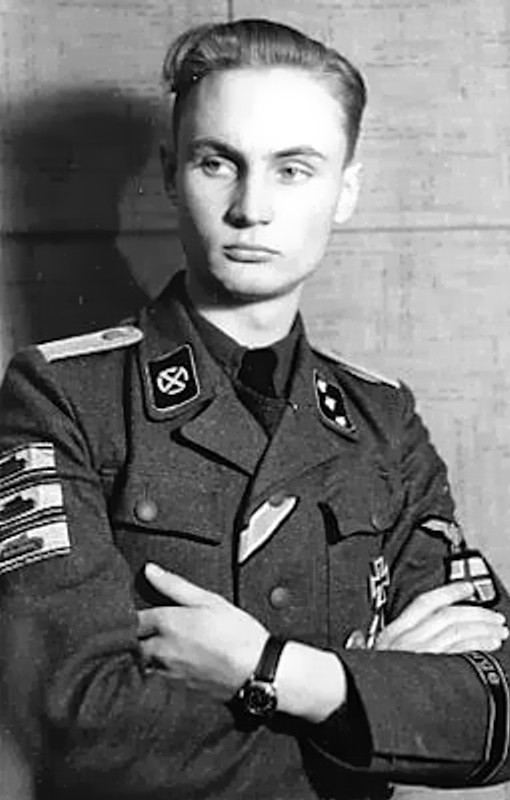 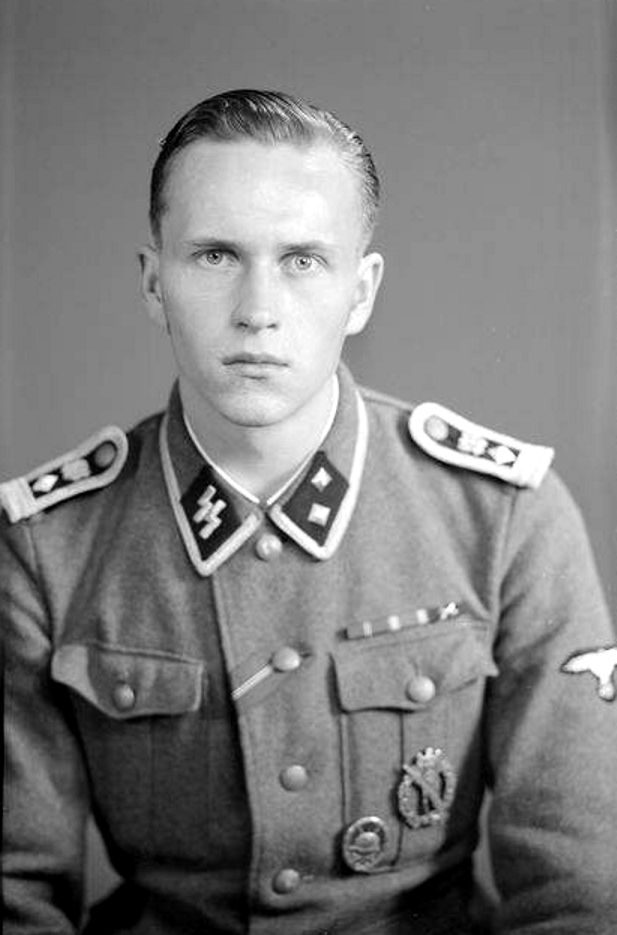 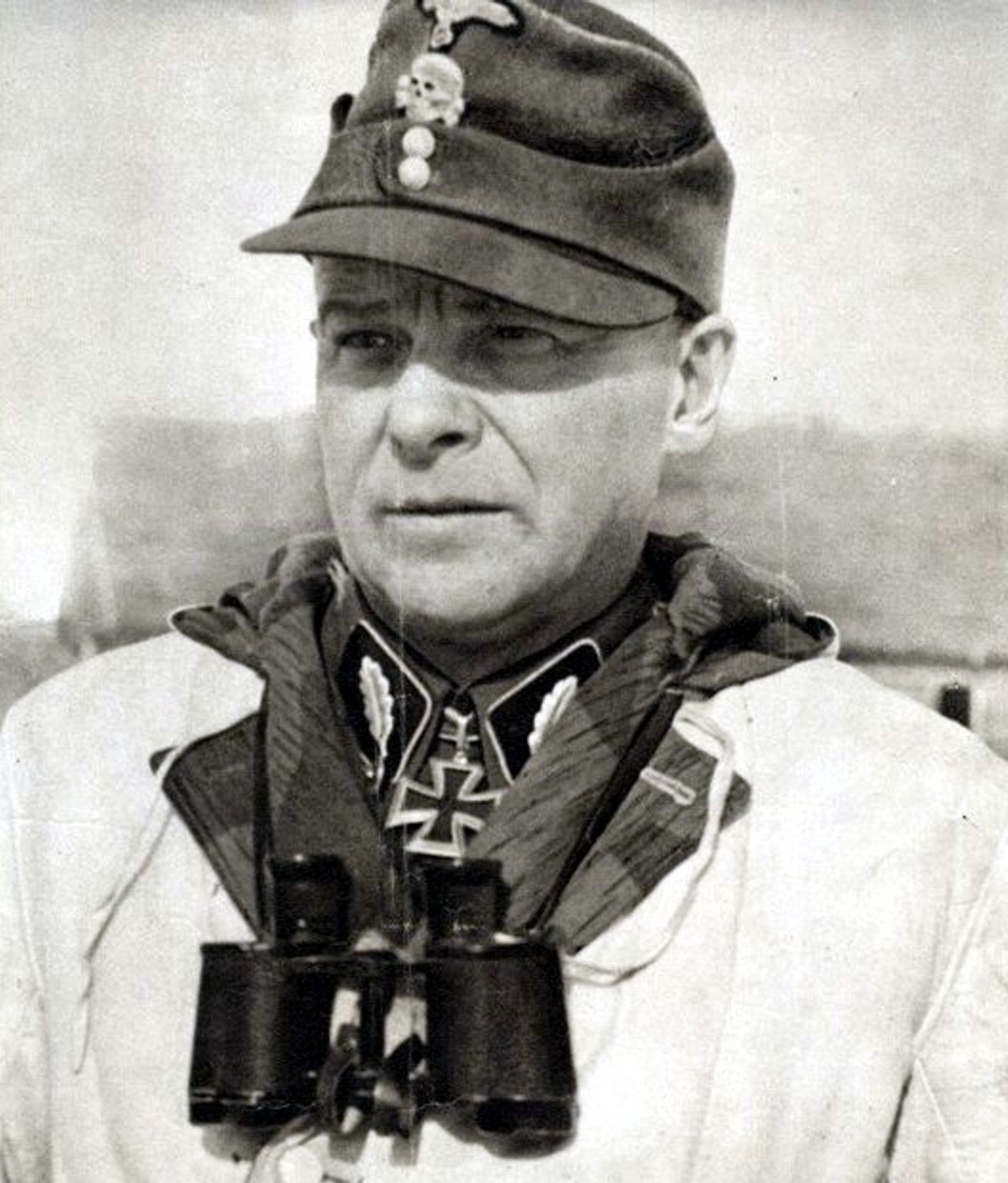 Voldemars Veiss from Latvia, one of the many foreign volunteers who earned the Knight's Cross of the Iron Cross 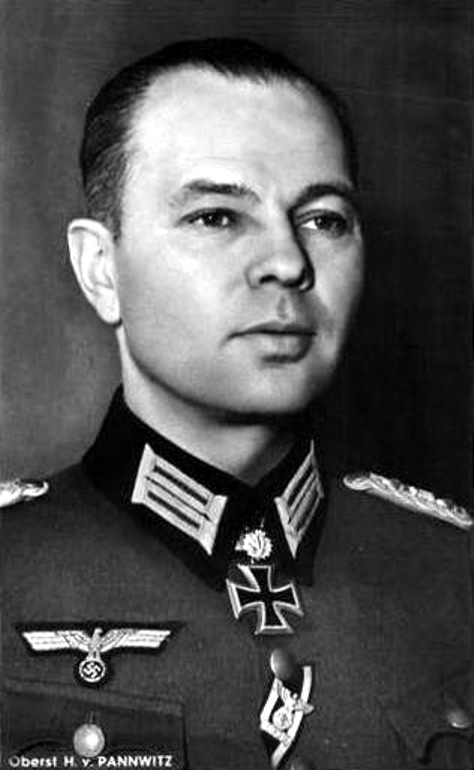 These German commanders also received honorary military or leading titles between their units at charge; for example Helmuth von Pannwitz received the title of "Ataman" from his Cossack units. 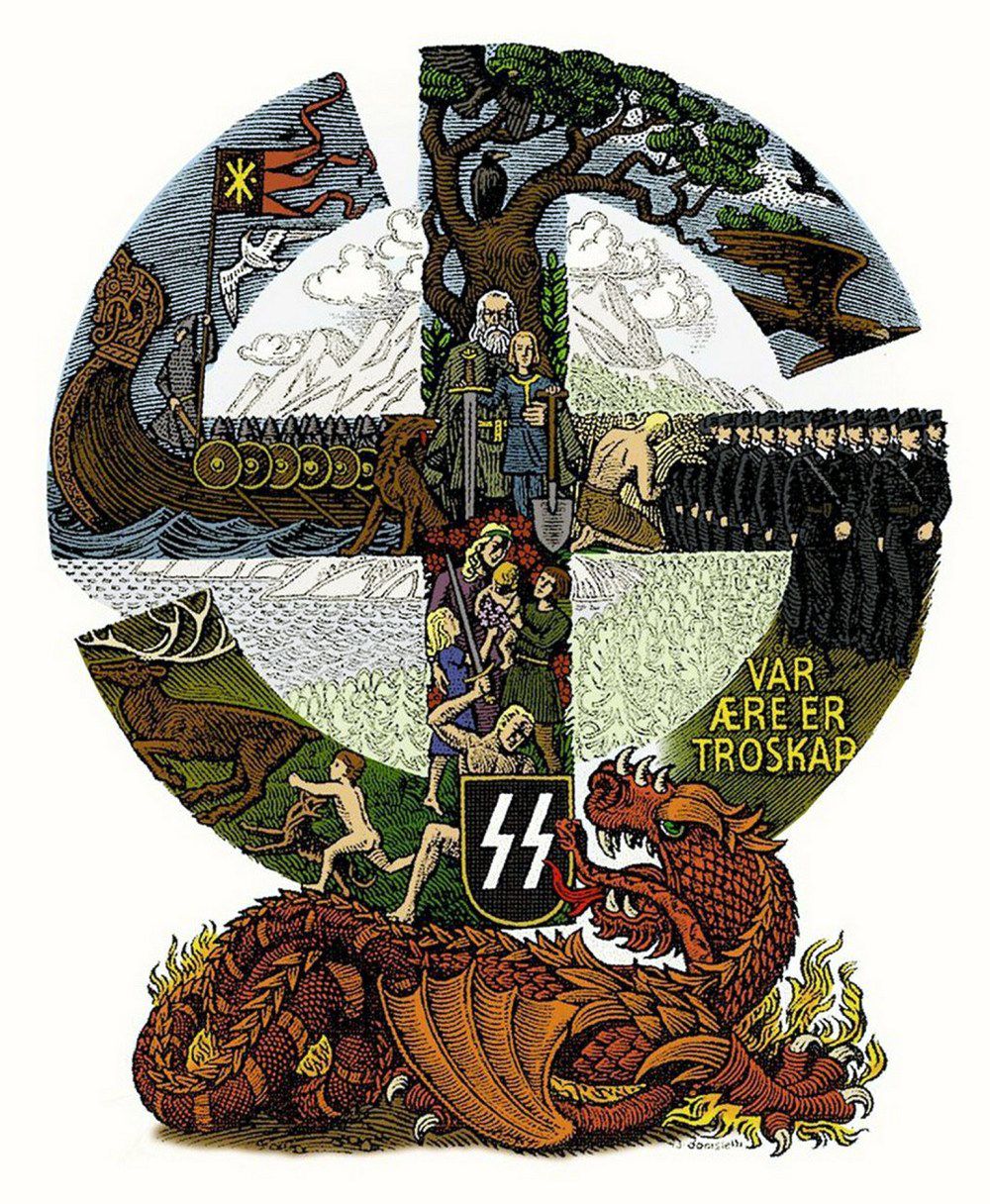 "Our honor is loyalty", Norwegian Germanic SS decorated promotion poster from Harald Damsleth, 1941 to 1945 the motif was also used for thousandfold postcards (Postkort). 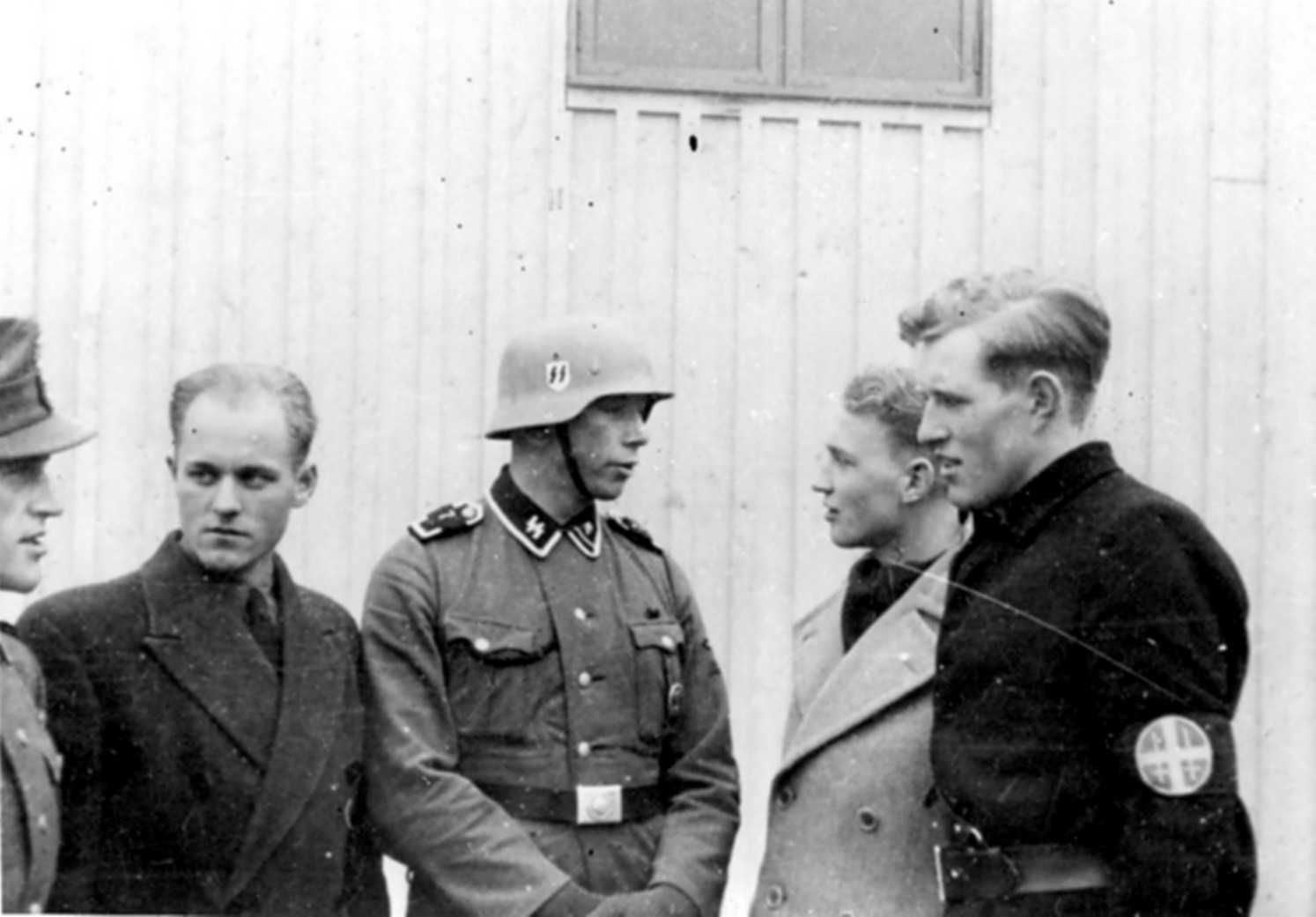