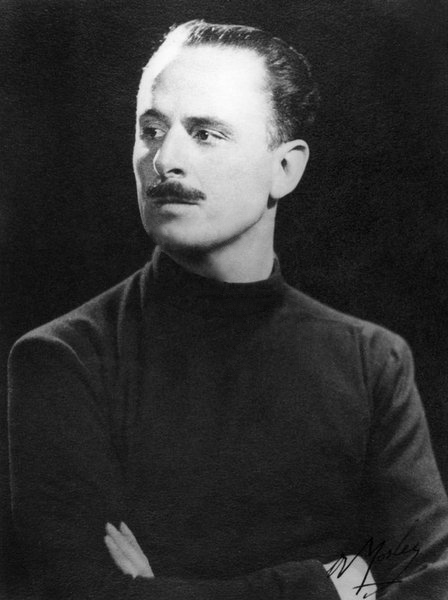 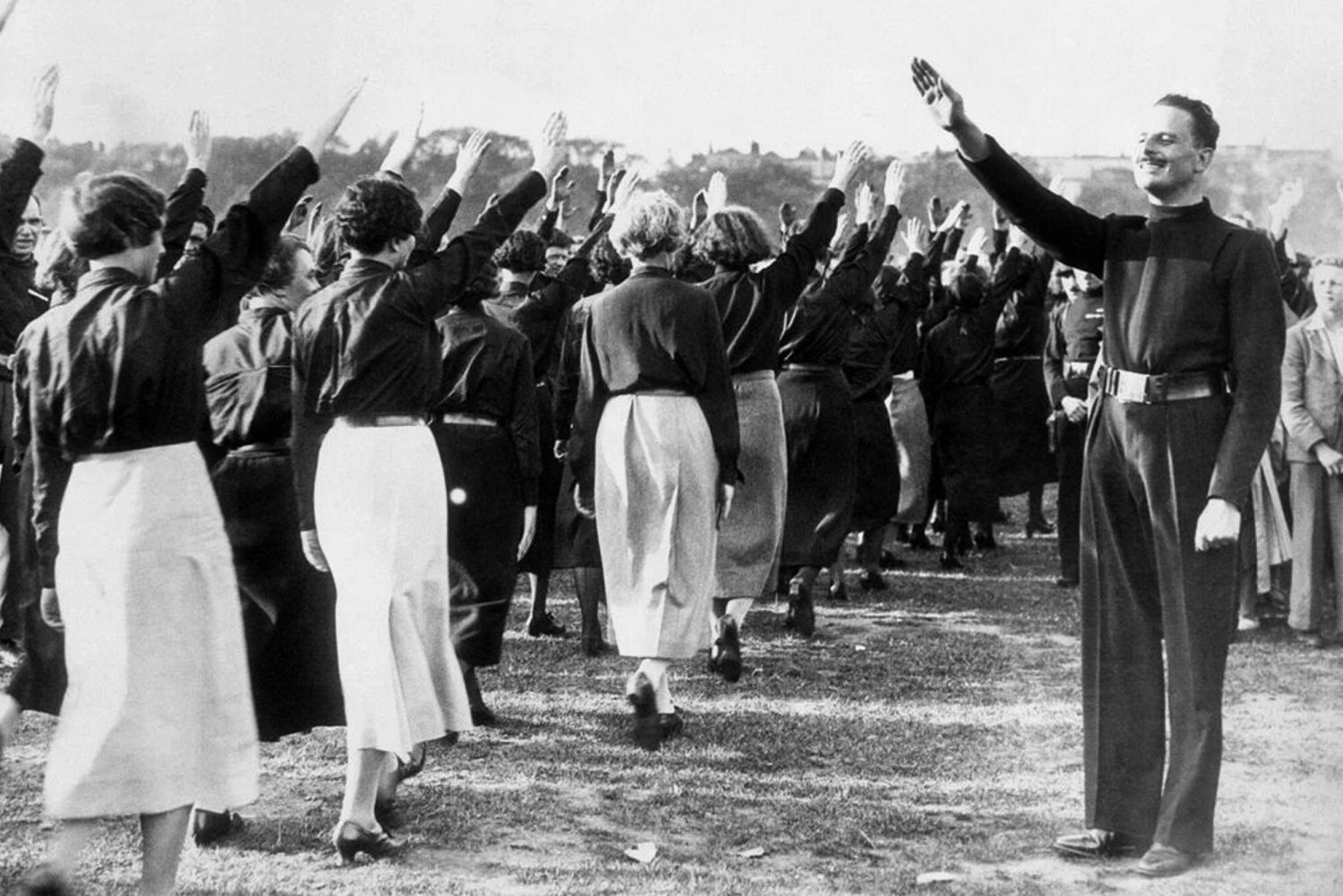 Mosley (with Roman salute) at a BUF Rally in London, September 1934

Sir Oswald Ernald Mosley, 6th Baronet (b. 16 November 1896 in Westminster, London, Britain; d. 3 December 1980 in Orsay, Paris, France) was a British politician and founder of several nationalist organizations, the most notable being British Union of Fascists and Union Movement. 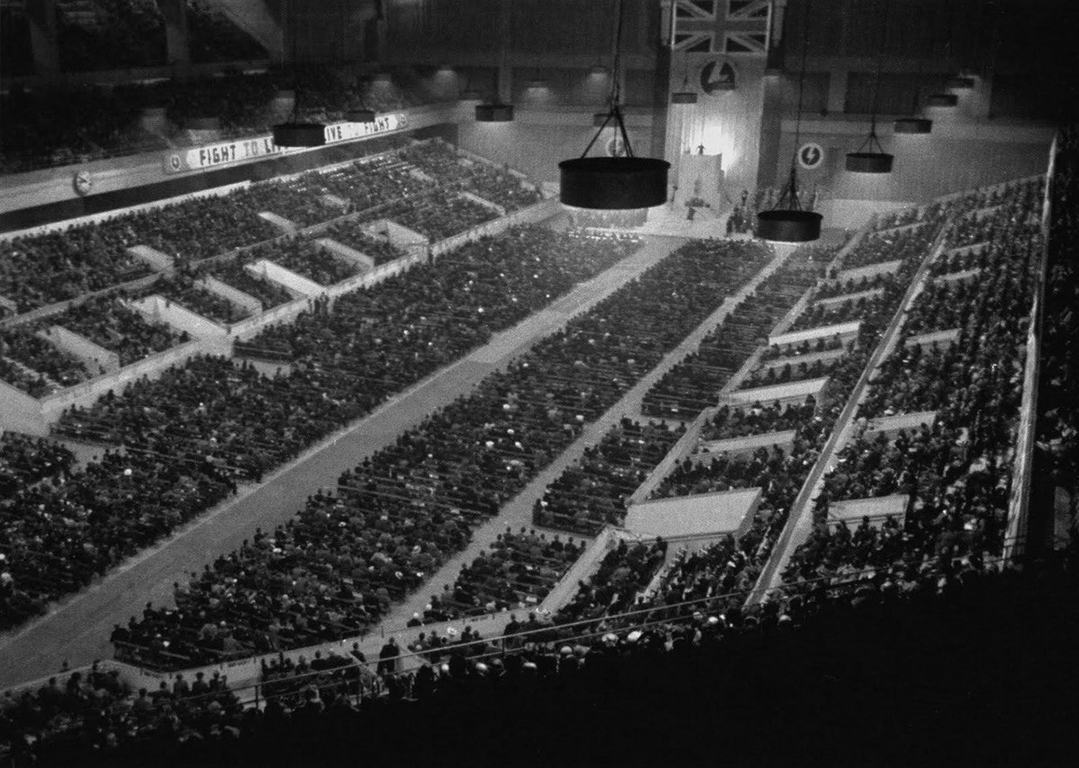 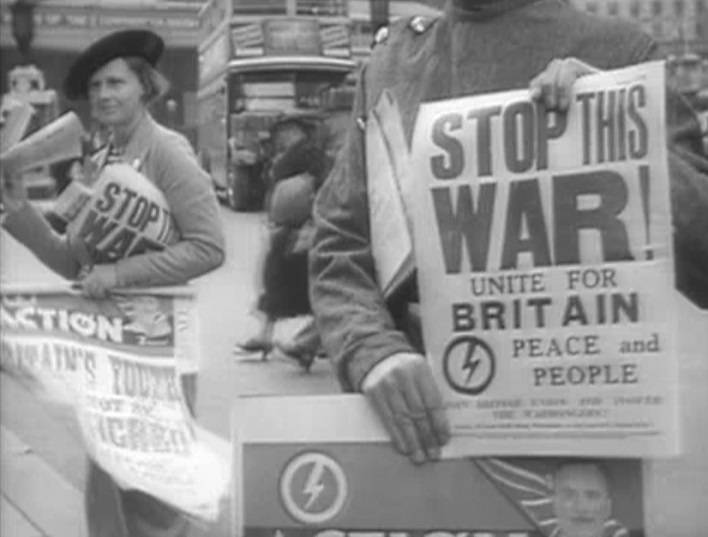 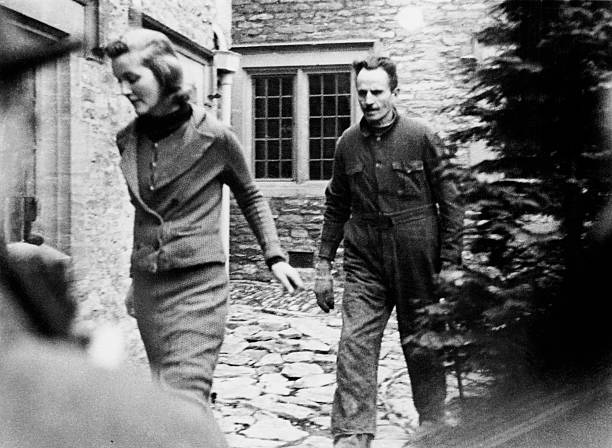 Mosley was born on 16 November 1896 at 47 Hill Street, Mayfair, Westminster. He was the eldest of the three sons of Sir Oswald Mosley, 5th Baronet (1873–1928), and Katharine Maud Edwards-Heathcote (1874–1950). After Mosley's parents separated, he was raised by his mother, who went to live at Betton Hall near Market Drayton, and his paternal grandfather, Sir Oswald Mosley, 4th Baronet.

Mosley was a fencing champion in his school days; he won titles in both foil and sabre, and retained an enthusiasm for the sport throughout his life.

Educated at Winchester and Sandhurst, he fought with the 16th Lancers on the Western Front during the First World War. He later transferred to the Royal Flying Corps but was invalided out of the war after a plane crash in 1916.

Mosley was married to Cynthia Curzon, the daughter of the former Viceroy of India. However, he began an affair with Diana Mitford. Diana left her husband but Mosley refused to desert his wife. It was not until Cynthia died of peritonitis, that Mosley agreed to marry Diana.

In October 1936, Diana and Oswald Mosley were secretly married at the home of Propaganda Minister Joseph Goebbels in Berlin. Adolf Hitler was one of the guests at the ceremony.

When Ramsay MacDonald formed his Labour Government after the 1929 General Election, he appointed Mosley as Chancellor of the Duchy of Lancaster. In 1930 Mosley proposed a programme that he believed would help deal with the growing unemployment in Britain. When MacDonald and his cabinet rejected these proposals, Mosley resigned from office.

The following year Mosley founded the New Party. In the 1931 General Election none of the New Party's candidates were elected. In January 1932 Mosley met Benito Mussolini in Italy. Mosley was impressed by Mussolini's achievements and when he returned to England he disbanded the New Party and replaced it with the British Union of Fascists (BUF). The BUF was strongly anti-communist and argued for a programme of economic revival based on government spending and protectionism.

There were frequent and continuous violent clashes between BUF party members and anti-fascist protesters, most famously at the Battle of Cable Street in October 1936, when organised anti-fascists prevented the BUF from marching through Cable Street.

In July 1939, BUF hosted one of the largest indoor political rallies in the world with Mosley speaking at a peace rally attended by over 30,000 people at Earls Court in London.

After the outbreak of war, Mosley led the campaign for a negotiated peace. His campaign was officially tolerated until the events of the Battle of France in May 1940 made the government consider him too dangerous.

On 22nd May 1940 the British government announced the imposition of Defence Regulation 18B. This legislation gave the Home Secretary the right to imprison without trial anybody he believed likely to "endanger the safety of the realm". The following day, Mosley was arrested. Over the next few days other prominent figures in the BUF were imprisoned.

On the 30th May the BUF was dissolved and its publications were banned. Mosley and his wife received privileged treatment while in prison. In 1941 Winston Churchill granted permission for the couple to live in a small house inside Holloway Prison. They were given a small garden where they could sunbathe and grow their own vegetables.

On November 20, 1943, they were released from prison but had to be placed under house arrest until the war was over.

In the postwar period, Mosley formed the Union Movement and was involved in the National Party of Europe. In 1951, he moved to Ireland and later Paris. Shortly after the 1958 Notting Hill race riots, he briefly returned to Britain to stand in the 1959 general election. Mosley led his campaign on an anti-mass immigration platform, calling for repatriation of Caribbean immigrants as well as a prohibition upon mixed marriages. In 1966, he was a candidate in the general election. Thereafter, he retired and moved back to France, where he wrote his autobiography, My Life (1968).

Oswald Mosley died on 3 December 1980 in his sleep at his home at Orsay near Paris. His body was cremated in a ceremony held at the Père Lachaise Cemetery, and his ashes were scattered on the pond at Orsay.

We said England is not dead. We say, and I ask you to say it with us, lift up your voices in this great meeting in the heart of England. Send to all the world a message "England lives and marches on!".
—Oswald Mosley

Together in Britain we have lit a flame that the ages shall not extinguish. Guard that sacred flame, my brother Blackshirts, until it illuminates Britain and lights again the paths of mankind.
—Oswald Mosley, 1938

When we have power there will be no war because we shall make peace with Germany and Italy, in a new union of great nations of Europe.
—Oswald Mosley

When they speak of democracy, they don't mean government by the people they mean financial democracy, in which money counts and nothing but money.
—Oswald Mosley, July 1939

We cannot have the mix up of peoples and races who are widely different and divergent. It will lead to nothing but trouble.
—Oswald Mosley, 1963