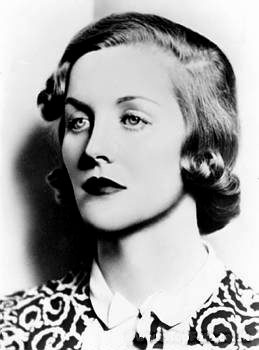 Diana, the Hon. Lady Mosley (17 June 1910 – 11 August 2003), born Diana Freeman-Mitford and usually known as Diana Mitford, was the second wife of Oswald Mosley. She married Mosley at the home of Joseph Goebbels in 1936, with Adolf Hitler as guest of honour. Subsequently, her involvement with Fascist political causes resulted in three years' imprisonment under Defence Regulation 18B. In the postwar period, Diana edited the pan-European nationalist magazine The European. She was described as "unrepentant" about her previous political associations by obituary writers such as the historian Andrew Roberts.

Part of this article consists of modified text from Wikipedia, and the article is therefore licensed under GFDL.
Retrieved from "http://en.metapedia.org/m/index.php?title=Diana_Mitford&oldid=445715"
Categories: