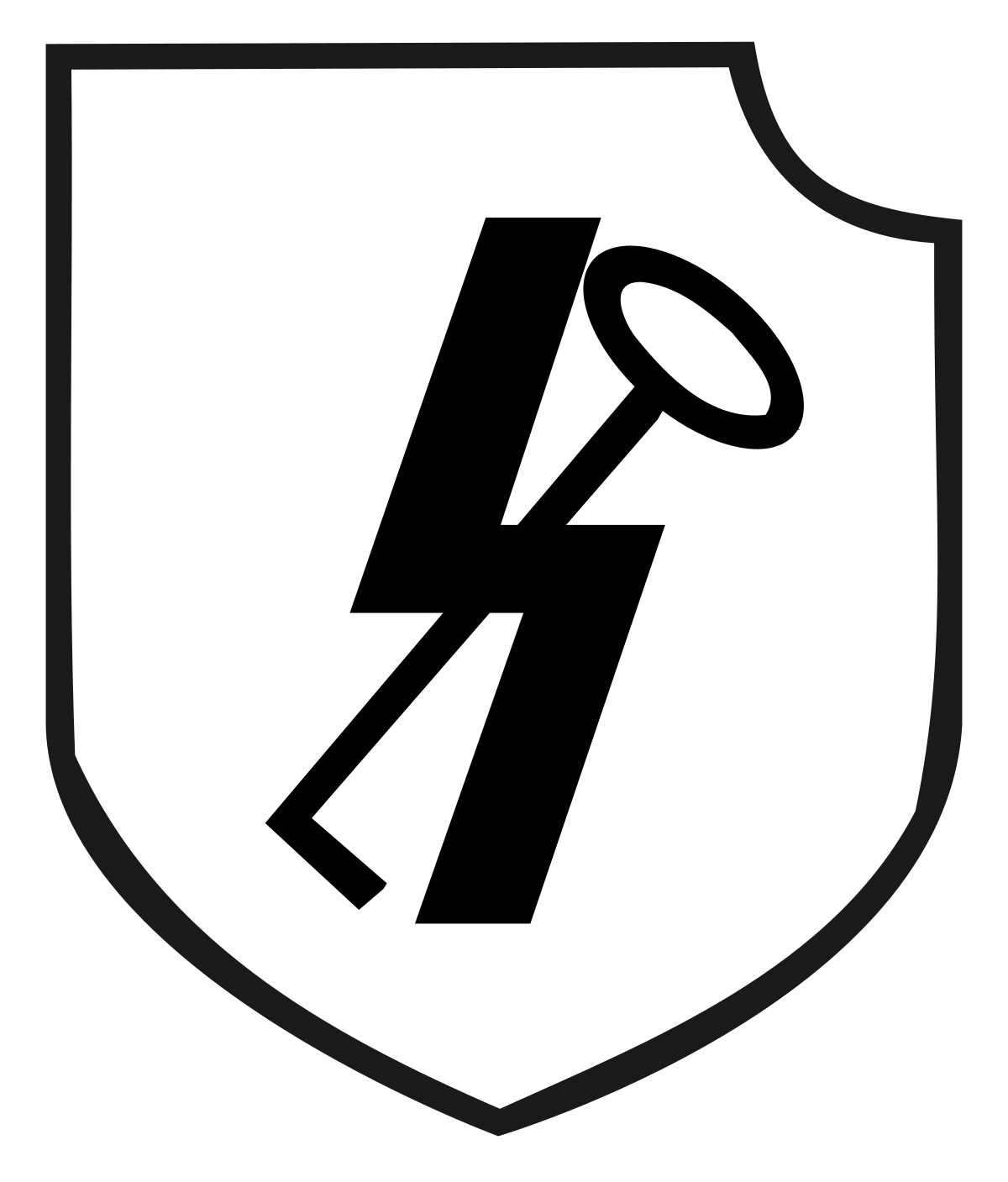 The 12th SS-Panzer-Division Hitlerjugend ("Hitler Youth") was a German Waffen-SS armoured division which saw action on the Western front during World War II. The Division in particular established a reputation for being very effective during its short life although tarred with atrocities allegations in the first days it saw combat in Battle of Normandy. 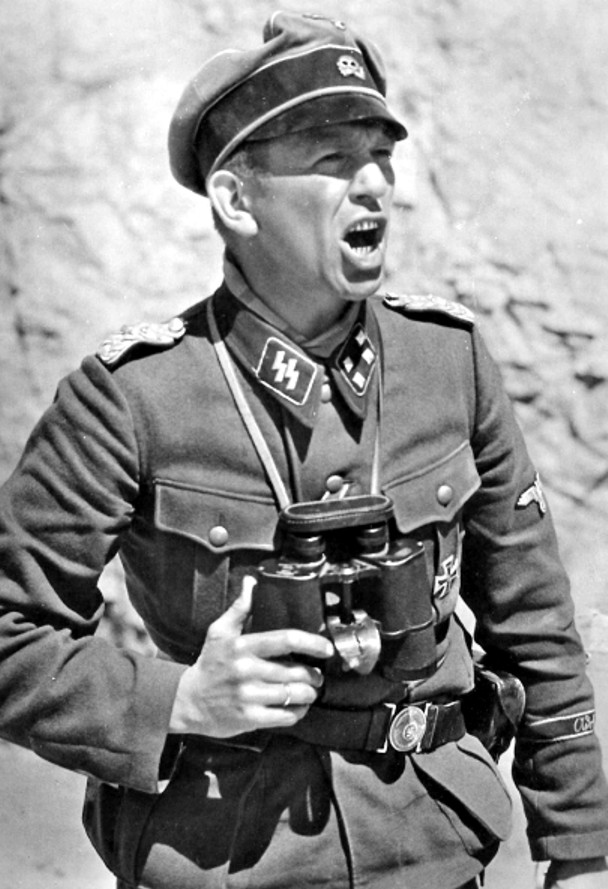 SS-Sturmbannführer Kurt Meyer would later become the second commander of the SS-Division. 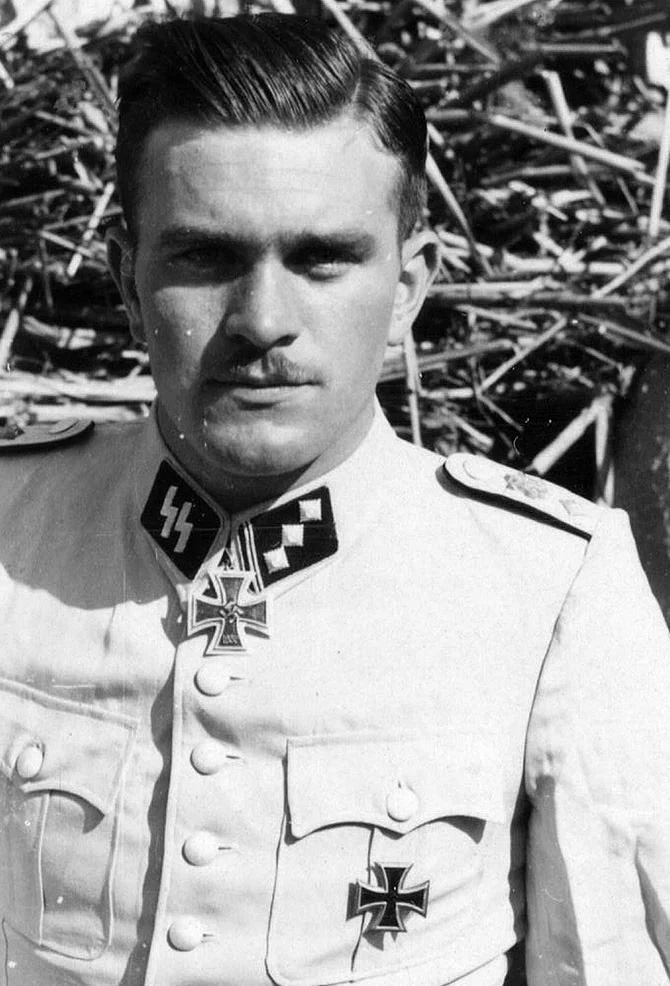 The Hitlerjugend was unique because the majority of its junior enlisted men were drawn from members of the Hitler Youth born in 1926, while the senior NCOs and officers were generally veterans of the Eastern Front.

The idea of a Waffen-SS division composed of Hitlerjugend (HJ) members was first proposed by SS-Gruppenführer Gottlob Berger in January 1943. Berger approached Reichsführer Heinrich Himmler with the proposition, and Himmler soon became an enthusiastic advocate.

The plan for a combat division made up of all HJ members born in 1926 was passed on to Adolf Hitler for his approval. Hitler was also enthusiastic about the idea, and on 10 February 1943, the official order for the creation of an HJ division was issued. Berger nominated himself as the divisional commander, but Himmler instead chose 1st SS-Panzergrenadier-Division Leibstandarte SS Adolf Hitler (LSSAH) veteran, SS-Oberführer Fritz Witt.

A competition was held to design insignia for the new unit. The winning design, picked from thousands of entries, depicted the Hitlerjugend sigrune crossing a key from the 1.SS-Panzergrenadier-Division LSSAH's insignia.

While the HJ members, who had grown up under NSDAP propaganda, were committed to the German cause, they lacked any military aptitude. To provide a skilled backbone for the division, veterans from the 1.SS-Panzer-Division LSSAH were assigned to the Hitlerjugend division as officers and NCOs. Training for the division was unusual. Witt, realizing that the division had to be made ready for combat as quickly as possible, ignored many rules and regulations and instead focused on realistic combat scenarios and live-fire exercises. A result of this was that the morale of the HJ was exceptionally high, and the relationship between the officers, NCOs and men was an informal one, based on mutual trust and respect.

In March 1944 the HJ was deemed ready for active service and was ordered to move to Caen in Normandy, where it was to form a part of Panzergruppe West, the German armoured reserve.

Throughout the spring of 1944 the division continued training exercises in the peaceful area around Caen, familiarizing itself with the terrain. This was to prove invaluable in the months to come. On 27 May, Witt celebrated his 36th birthday and his recent promotion to SS-Brigadeführer. The peaceful 'holiday atmosphere', as one grenadier described it, was soon to be shattered.

At the beginning of June 1944 the division was declared ready for combat operations. The Division's tank strength at this time was 81 Panther ausf A / G and 104 Panzer IV ausf H / J tanks. The division was also equipped with Jagdpanzer IV/L70 tank destroyers, three prototype Wirbelwind flakpanzer vehicles, along with a number of 20 mm, 37 mm and 88 mm flak guns, Hummel, Wespe and sIG 33 self-propelled guns and regular towed artillery pieces.

Its tank destroyer unit, SS-Panzerjäger-Abteilung 12, however, was not ready for action and was understrength in Jagdpanzer IV.