Max Wünsche (b. 20 April 1914 in Kittlitz, Kreis Löbau; d. 17 April 1995 in München) was a SS-Standartenführer (colonel) in the Waffen-SS during World War II who was awarded the Knight's Cross with Oak Leaves. 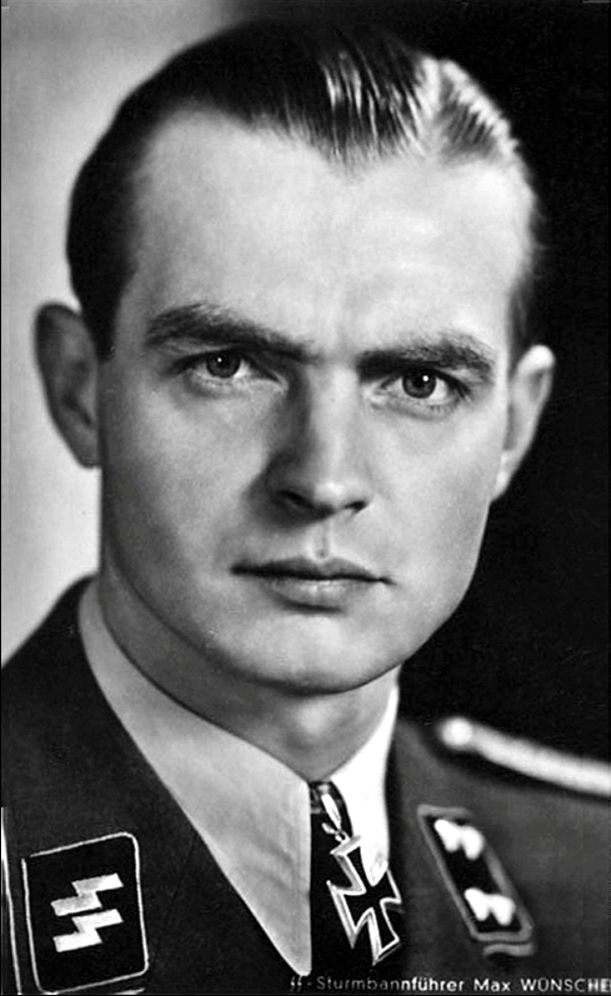 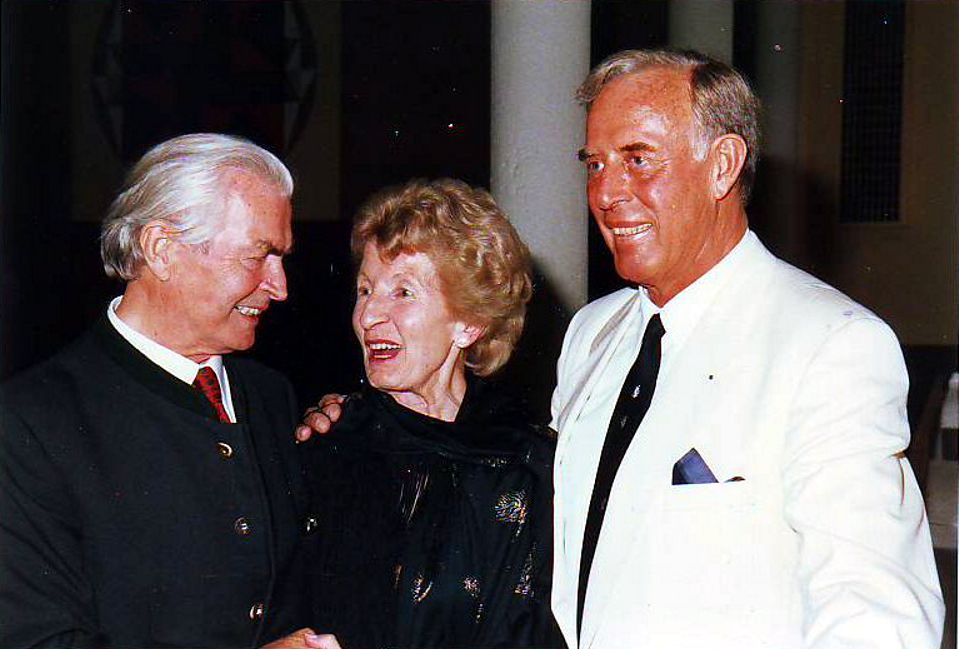 Max Wünsche was born on 20 April 1914 in Kittlitz. He went to school in Bautzen and later attended Mercantile school. He had an interest in agriculture, joining the agricultural union in 1928 and was for a short time employed as an estate manager.

In November 1932 Wünsche joined the Hitlerjugend (Hitler Youth), and in July 1933 he joined the SS where he attended the NCO training course at Jüterbog. Wünsche was selected to be an officer and attended SS-Junkerschule at Bad Tölz, graduating in 1936 he was promoted to Untersturmführer (Second Lieutenant) in April and posted to the Leibstandarte as a platoon leader in the 9th Company. In October 1938 he was assigned to the Begleitkommando des Führers (a bodyguard team of SS soldiers tasked with protecting the life of Adolf Hitler), as an Orderly Officer.

In January 1940 he returned to the Leibstandarte, as a platoon commander in the 15th Motor Cycle Company under the command of Kurt Meyer, for the invasion of Holland and the Battle of France. In December 1940 he was made the Adjutant to Sepp Dietrich where he stayed during the invasion of the Balkans, (Operation Marita) and the invasion of Russia, (Operation Barbarossa).

The LSSAH was attached to Army group South, for Operation Barbarossa and Wünsche would carry out reconnaissance flights in a Fieseler Storch flying over the Russian positions. One flight on the 31 July, contributed to the capture of Novoarkhangelsk, which closed the Uman pocket, trapping the encircled Russian Divisions.

In February 1942 Wünsche was given the command of the LSSAH Sturmgeschütz (Assault Gun) Battalion, and was involved in stopping numerous Russian attempts to break through the German lines.

In March his battalion was the Corps reserve at the Muis bridgehead and again prevented a Russian breakthrough. On 1 June Wünsche returned to Germany to study at the Staff College, where he successfully completed the General Staff training course and was promoted to Sturmbannführer (Major).

In September 1942 he returned to the LSSAH and resumed command of the Sturmgeschütz Battalion until October when he was given command of the I/Battalion, SS Panzer Regiment 1 LSSAH which at the time was in the process of forming.

His new battalion's first action was at Kharkov, fighting in blizzard conditions, with temperatures below freezing, they fought a number of battles which ended on the 9 February, when they halted the Russian advance and held the town of Merefa, at the same time inflicting heavy losses on the Russians.

On the 10th February they went on the attack in an attempt to relieve the encircled 1st SS Reconnaissance Battalion LSSAH still commanded by his old commander, Kurt Meyer. On the 13th February Wünsche and his battalion succeeded in breaking through the lines to Meyer's beleaguered troops, saving them from destruction. Together the two battalions formed a Kampfgruppe (battle group) and continued the attack, defeating the Russian VI Guards Cavalry Corps by the 15th February, the same day that Kharkov was abandoned by the Russians. For these actions Wünsche was awarded the German Cross in Gold.

On the 25th February Wünsche's Kampfgruppe located an enemy force approaching the Division's southern flank. Acting on his own, Wünsche carried out an attack encircling the Russians at Jeremejwka, destroying 52 heavy guns and causing over 900 casualties for the Russians. For this action he was awarded the Knight's Cross on the 28 February 1943.

The 12th SS Panzer was later trapped in what became known as the Falaise pocket, on the night of 20 August, Wünsche, his adjutant SS-Hauptsturmführer Isecke, SS-Untersturmführer Fritz Freitag and a wounded medical officer, escaped out of the pocket on foot. During the escape Wünsche was wounded in the calf and the Doctor was captured. On the 24 August, Isecke was captured, followed a short time later by the capture of Wünsche and Freitag.

Wünsche spent the rest of the war as a prisoner of war in camp 165 at Caithness, Scotland which was a special camp for high ranking German officers.[2] Wünsche was released in 1948 and returned to Germany.[2], where he married, had a family and became a manager of an industrial plant in Wuppertal, until his retirement in 1980.

SS-Standartenführer a. D. and Knight's Cross with Oak Leaves holder Max Wünsche died a few days short of his 81st birthday, on the 17 April 1995.