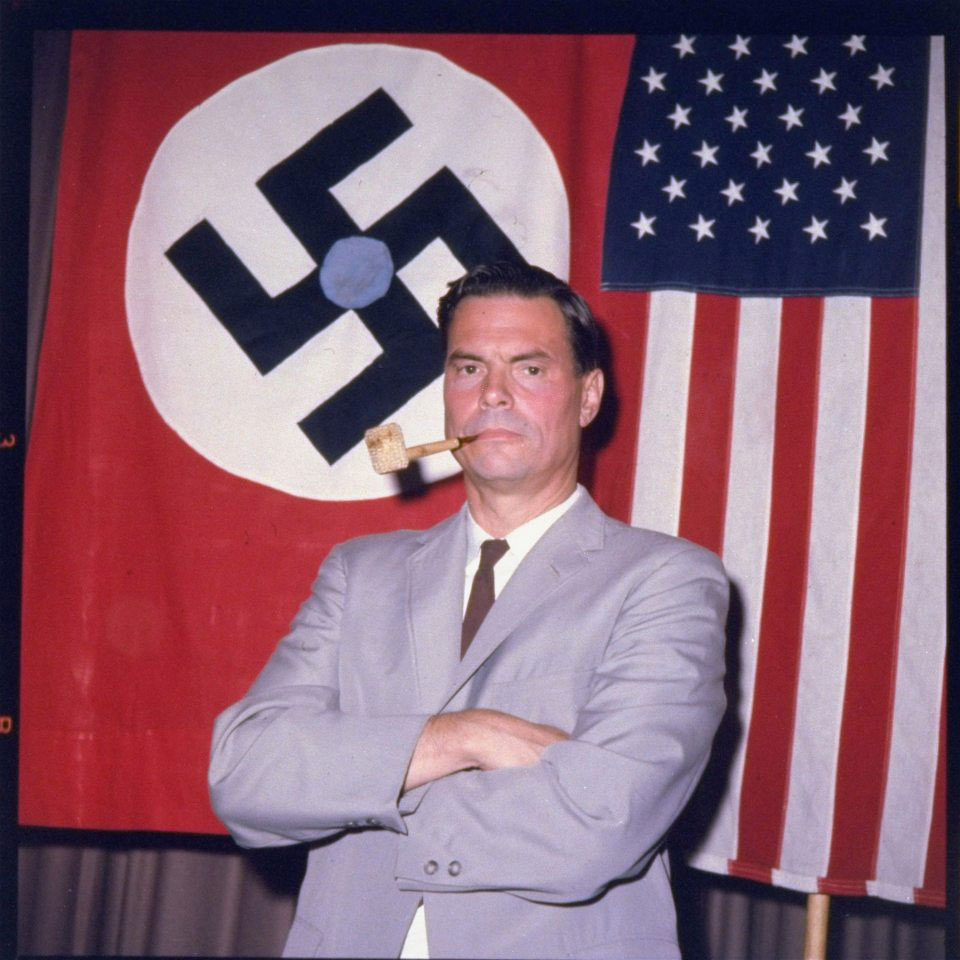 "I knew I would not live to see the victory
which I would make possible,
but I would not die before
I had made that victory certain."

Below is a timeline of significant events in the life of American National Socialist George Lincoln Rockwell.

1945–1958: A Small Businessman and Navy Commander Turns to Politics