John Fitzgerald "Jack" Kennedy (b. 29 May 1917 in Brookline, Massachusetts; d. 22 November 1963 in Dallas, Texas), often referred to as JFK, was an American politician, who was President of the United States from 1961 until his assassination in 1963. Kennedy, a Democrat, supported the Civil Rights Movement and changing the immigration policy, but most legislation related to these occurred during the presidency of his vice president and successor, Lyndon B. Johnson. 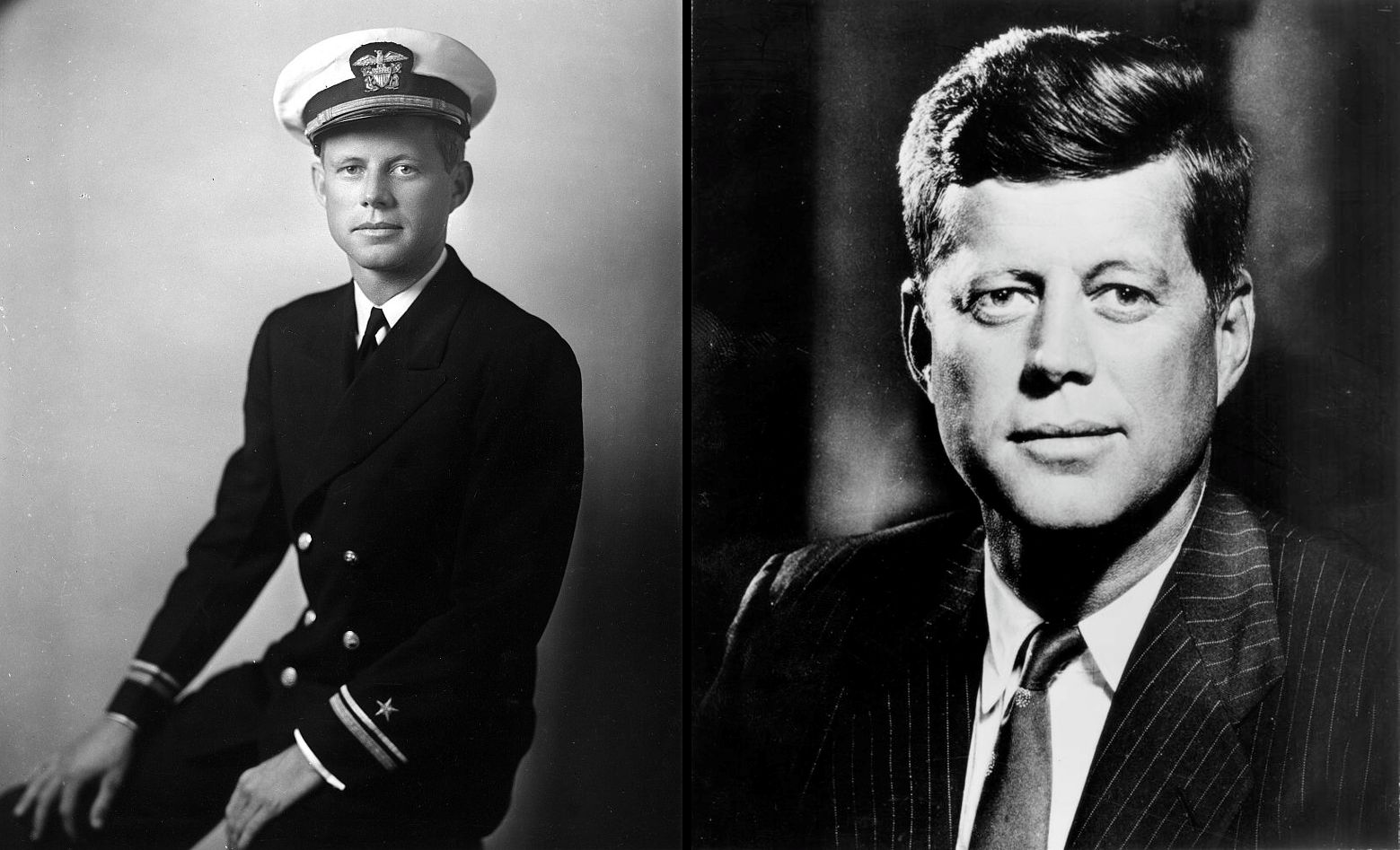 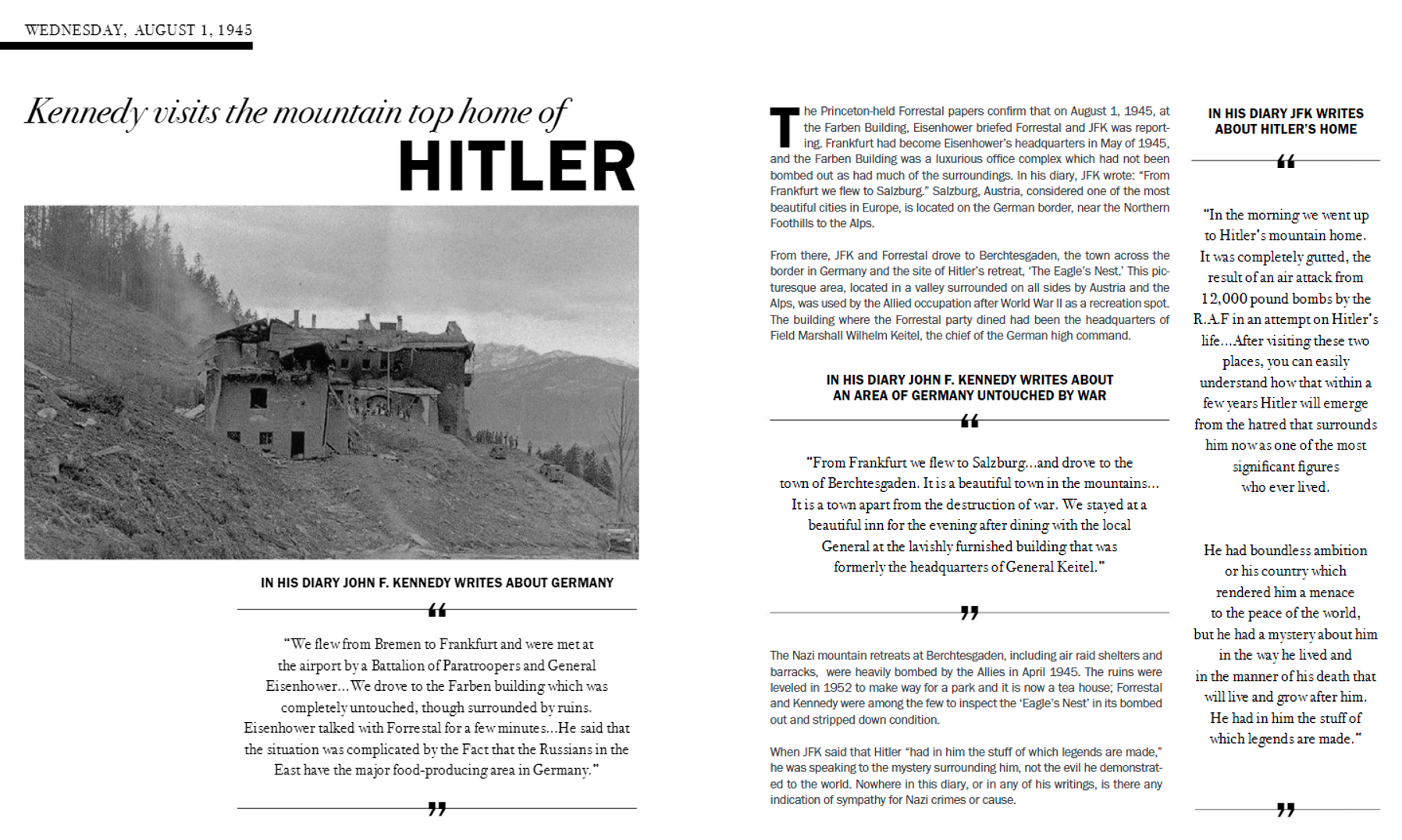 Kennedy at the Berghof and on Hitler

After Kennedy's military service as commander of the Motor Torpedo Boat PT-109 during World War II in the South Pacific, his aspirations turned political, with the encouragement and grooming of his father, Joseph P. Kennedy, Sr. Kennedy represented the state of Massachusetts in the U.S. House of Representatives from 1947 to 1953 as a Democrat, and in the U.S. Senate from 1953 until 1960. Kennedy defeated then Vice President and Republican candidate Richard Nixon in the 1960 U.S. presidential election, one of the closest in American history.

To date, he is the only practicing Roman Catholic to be president. He was the second-youngest President (after Theodore Roosevelt), and the youngest elected to the office, at the age of 43.[1] Kennedy is also the only president to have won a Pulitzer Prize.[2] Events during his administration include the Bay of Pigs Invasion, the Cuban Missile Crisis, the building of the Berlin Wall, the Space Race, the Civil Rights Movement and early events of the Vietnam War.

Kennedy was assassinated on November 22, 1963, in Dallas, Texas. Lee Harvey Oswald was charged with the crime and was murdered two days later by Jack Ruby before he could be put on trial. The Warren Commission concluded that Oswald had acted alone in killing the president; however, the House Select Committee on Assassinations declared in 1979 that there was more likely a conspiracy that included Oswald. The entire subject remains controversial, with multiple theories about the assassination still being debated.

The event proved to be an important moment in U.S. history because of its impact on the nation and the ensuing political repercussions. Today, Kennedy continues to rank highly in public opinion ratings of former U.S. presidents.[3]