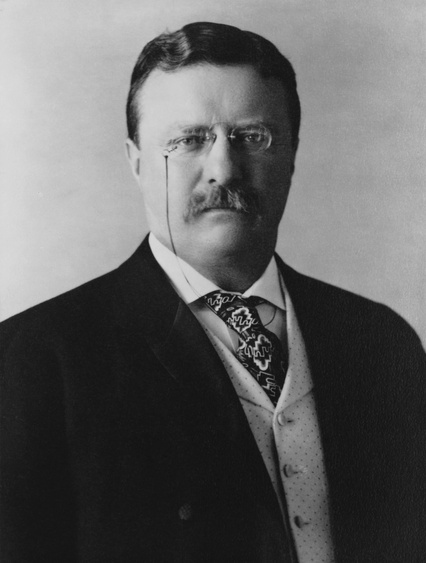 He became a popular hero for his role in association with the Spanish–American War and the "Rough Riders" regiment, in part due to Roosevelt's writing ability, mass media depictions, and reenactments filmed long after.

Theodore Roosevelt is associated with the "Progressive Era", likely a cause for (leftist) historians ranking him very highly, despite less politically correct views on issues such as race, common at this time.

Another cause may be his pro-Jewish views and actions, even described as an early and ardent Zionist.[1][2] "In late 1906 he appointed the first Jew to the presidential cabinet: Oscar Straus, a wealthy New York lawyer and former ambassador to the Ottoman Empire. As Secretary of Labor and Commerce, Straus was in charge of the Bureau of Immigration—at the critical time of accelerating Jewish immigration." Roosevelt has been argued to have had (partially) Jewish ancestry.[3]

More recently, in association with the Great Awokening, he has been attacked for now less politically correct views.

Part of this article consists of modified text from Wikipedia, and the article is therefore licensed under GFDL.
Retrieved from "http://en.metapedia.org/m/index.php?title=Theodore_Roosevelt&oldid=468106"
Categories: