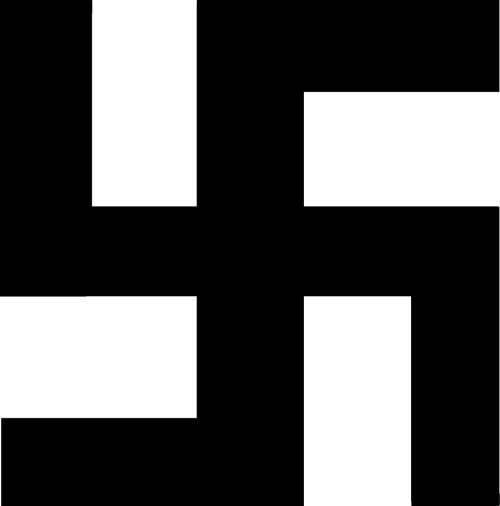 The Swastika (卐) is an equilateral cross with its arms bent or curved in one direction. There are also several other names for the symbol. The symbol has an ancient history in Europe, appearing on artifacts from pre-Christian European cultures. In antiquity, the swastika was used extensively by the Indo-Aryans, Hittites, Celts and Greeks, among others. In particular, the swastika is a sacred symbol in Hinduism, Buddhism and Jainism — religions with over one billion adherents worldwide, making the swastika ubiquitous in both historical and contemporary society. The symbol was introduced to Southeast Asia by Hindu kings and remains an integral part of Balinese Hinduism to this day, and it is a common sight in Indonesia. Swastika vandalism may be hate speech / hate crimes, often faked (false flag operations). 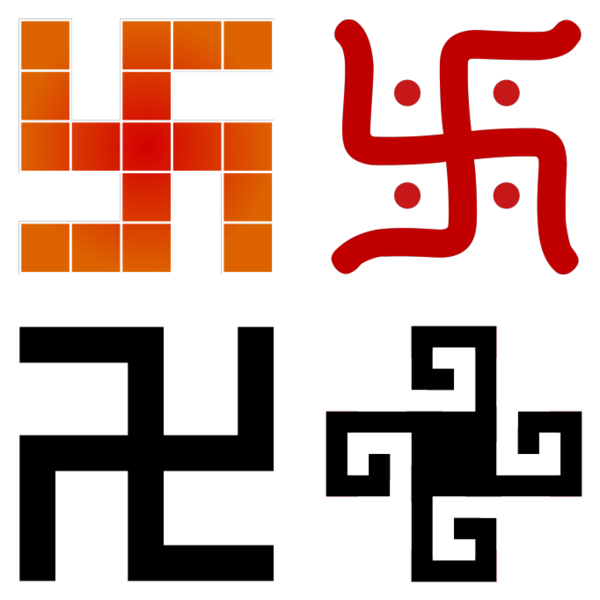 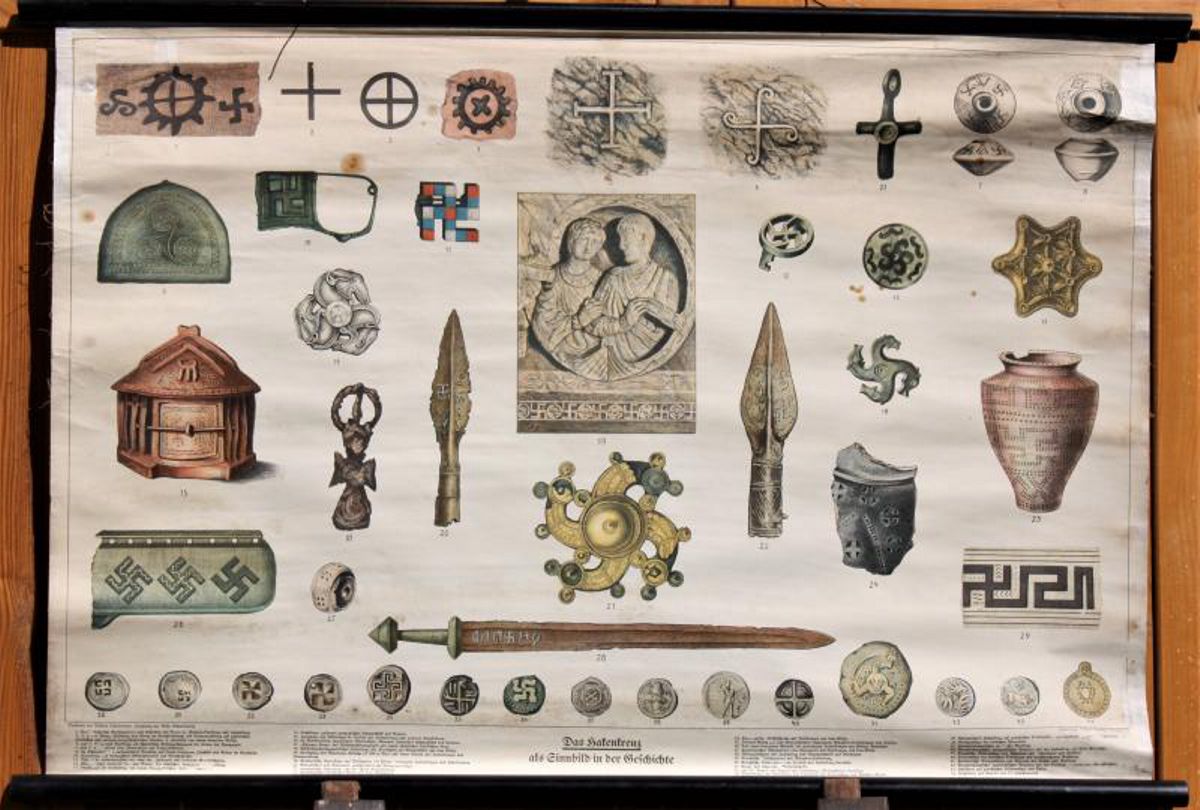 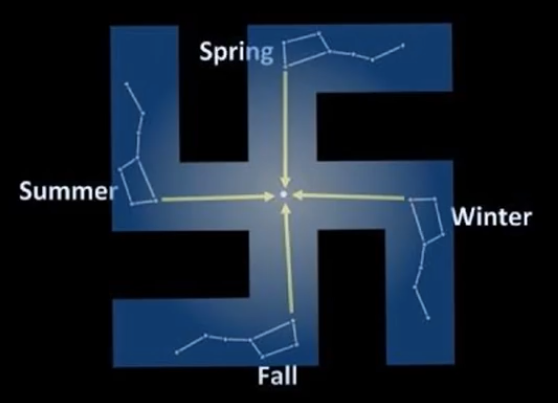 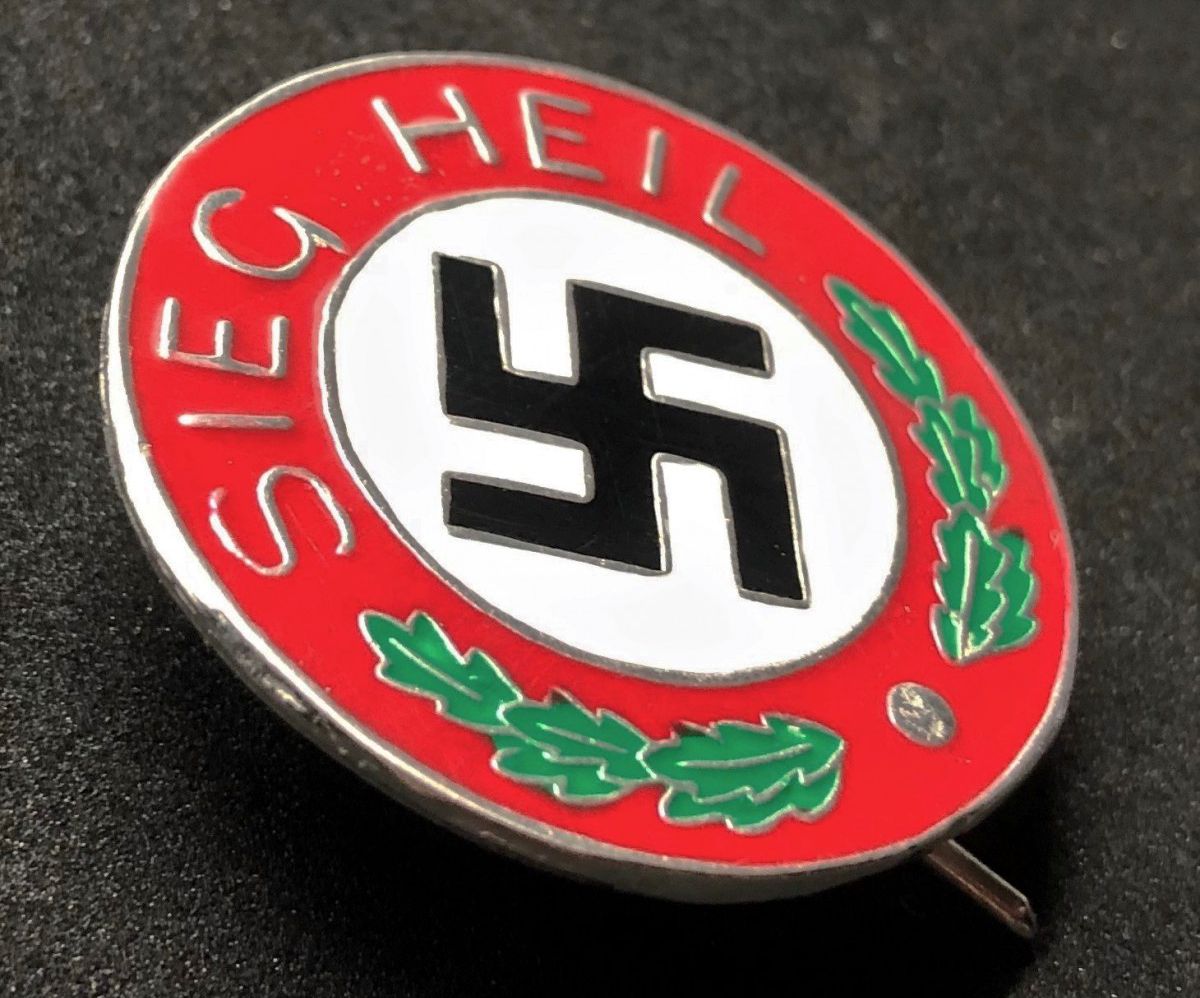 The swastika has an extensive history. In the ancient Indian language of Sanskrit (an Indo-European language), swastika means "well-being". The symbol has been used in India for millennia. Early Western travelers to Asia were inspired by its positive and ancient associations and started using it back home. By the beginning of the 20th Century the swastika was widely used as a benign good luck symbol. It was even used by some American and British military units before WWII.[1]

The big swastika 卐 was also an ancient ethnic symbol of nautical Liburnians in Adriatic Sea from 9th - 4th centuries BC; it was frequently added on their ships (Latin: naves Liburnae, Greek: drakkophoroi) especially designed across sails, and minor ones also in war shields, ceramics, etc. This swastika symbolized their sea-ruling called Libyrnike Thalassokratia, over the early Adriatic: see details in Liburnian Hakenkreuzer.

Ancient usage was not limited to India. The swastika was used by the Ancient Greeks, Celts, and Anglo-Saxons. Some of the oldest examples have been found in Eastern Europe, from the Baltic to the Balkans. The symbol remained a popular embroidery motif in Eastern Europe and Russia until WWII.[1]

The oldest known object with swastika-motifs is a bird figurine made from the tusk of a mammoth. It was found in a paleolithic settlement in Ukraine and dated to 15,000 years ago. The swastika may have been used as a fertility symbol. If making a cross-section on mammoth tusk ivory, then there is a natural meander pattern similar to the swastika-motifs. This has been suggested to be the origin of the swastika symbol, associating it with the huge mammoth, well-being, and fertility.[1]

German Archaeologist Heinrich Schliemann discovered the symbol in the site of ancient Troy in the late 19th century and connected it to the ancient migrations of Proto-Indo-Europeans. He associated it with similar shapes found on ancient pots in Germany, linking Germanic, Greek and Persian cultures and theorized that the swastika was a "significant religious symbol of our remote [European] ancestors". By the early 20th century Europeans worldwide regarded it as a symbol of good luck and success. Consequently, the motif was used by National Socialism because it was a symbol of ‘Aryan’ or European ethnic identity and cultural heritage.

The swastika was used by National Socialist Germany, as a symbol of Aryan identity and heritage. Following WWII, the symbol is now in many Western countries either completely outlawed (even in instances such as WWII computer games) or considered to be an expression of antisemitism and publicly displaying it may cause the user to be affected by various hate speech / hate crime laws.

Fylfot or fylfot cross is the English word for swastika, often used in Great Britain. Some heraldry texts, such as Friar and Woodcock & Robinson – the fylfot differs somewhat from the archetypal form of the swastika: always upright and typically with truncated limbs, as shown in the figure at right.

The most commonly cited etymology for this is that it comes from the notion common among nineteenth-century antiquarians, but based on only a single 1500 manuscript, that it was used to fill empty space at the foot of stained-glass windows in medieval churches. This etymology is often cited in modern dictionaries (such as the Collins English Dictionary and Merriam-Webster OnLine). However, Thomas Wilson, writing in 1896, cites other etymologies:

These etymologies are speculative and open to further consideration. Notably, the word fylfot is completely unknown in Scandinavian languages, though words like firfot (Norwegian) and fyrfot (Swedish) do translate to "four-foot"/"four-feet".

In more recent times, fylfot has gained greater currency within the areas of design history and collecting, where it is used to distinguish the swastika motif as used in designs and jewellery from that used in National Socialist paraphernalia. Even though the swastika does not derive from National Socialism, it has become associated with it, and fylfot functions as a more acceptable term for a "good" swastika.

In 2005, authorities in Tajikistan called for the widespread adoption of the swastika as a national symbol. President Emomali Rahmonov declared the swastika an Aryan symbol and 2006 to be "the year of Aryan culture," which would be a time to “study and popularize Aryan contributions to the history of the world civilization, raise a new generation (of Tajiks) with the spirit of national self-determination, and develop deeper ties with other ethnicities and cultures.”