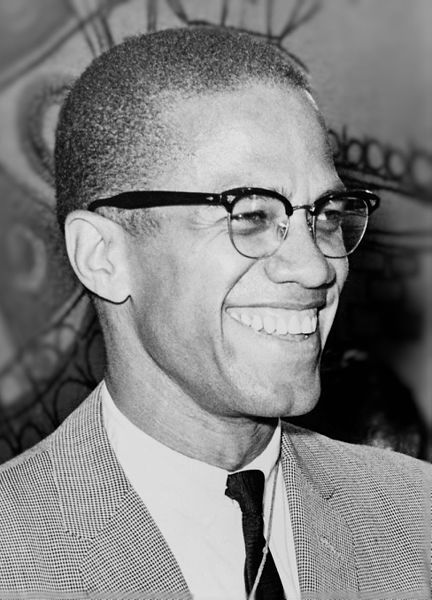 Malcolm X, original name Malcolm Little, Muslim name el-Hajj Malik el-Shabazz (1925–1965), was a Black activist and prominent figure in the Nation of Islam, until a split. In 1965, he was assassinated, with three members of the Nation of Islam being convicted of the murder.

He was a quarter European in ancestry.

Malcolm, despite praising violence, has been idolized in books and moves. There are various criticisms of the politically correct view, both regarding his personal life and his changing views. See the "External links" section.

One example of criticisms is that "The movement he represented evolved as well, from a drive towards a separate nation, to equality, and finally to handouts and excuses."[1]