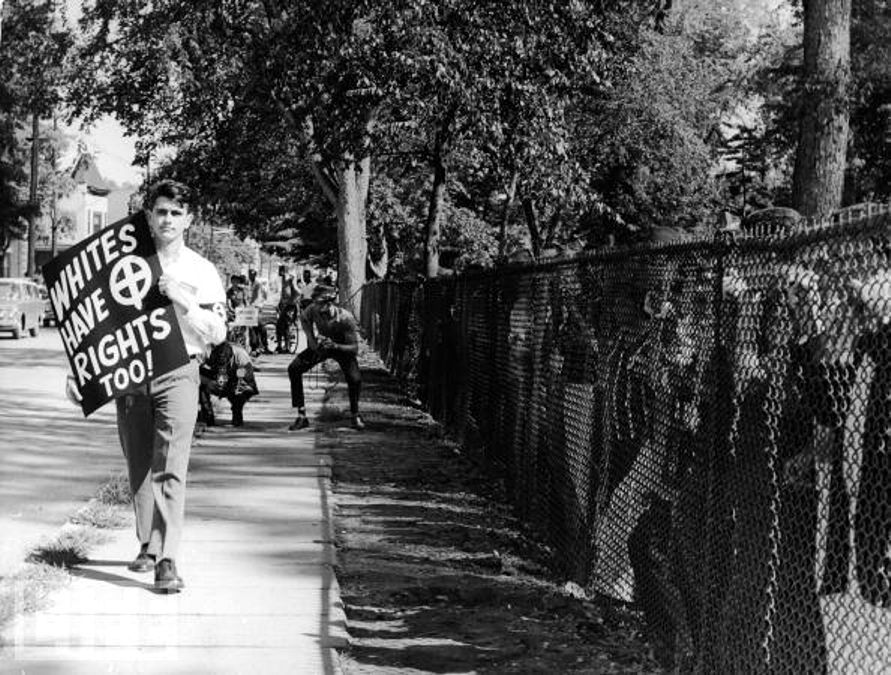 "Patler marches on his own to protest desegregating schools as a crowd of people watches, Englewood, New Jersey, August 20, 1962. Patler was marched as the founder of the White Shirt American National Party. He was arrested and jailed in 1967 for the assassination of rival George Lincoln Rockwell, leader of the American Nazi Party."[1] 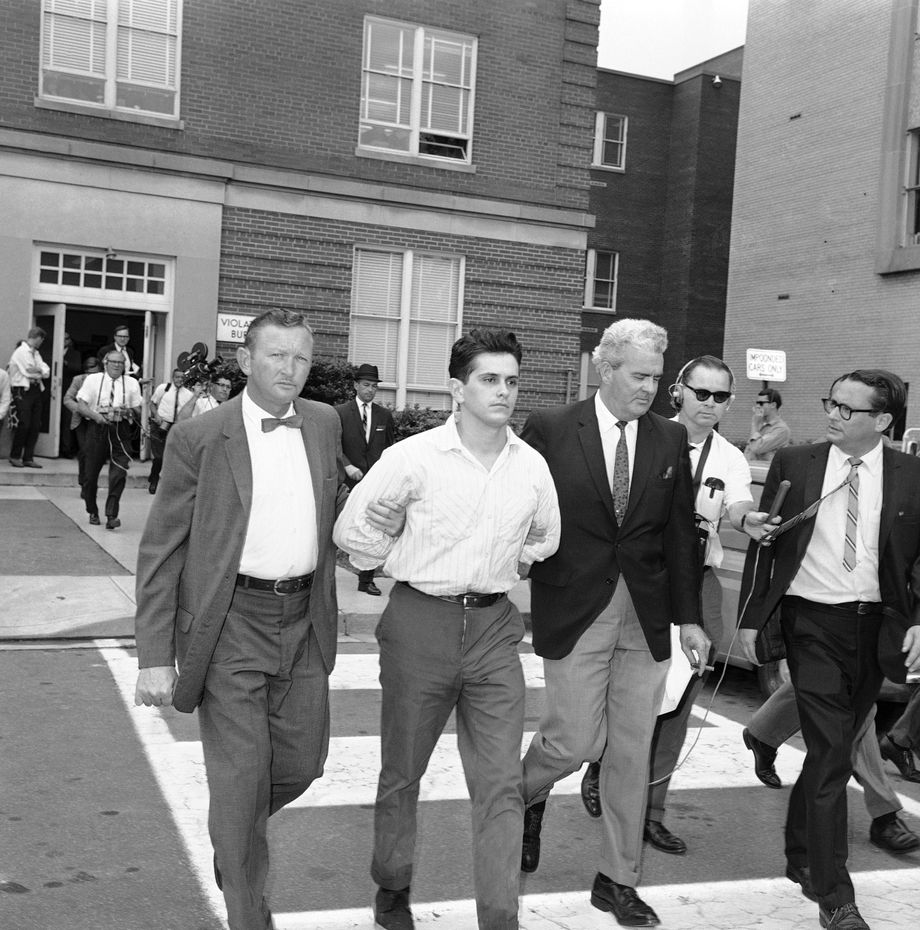 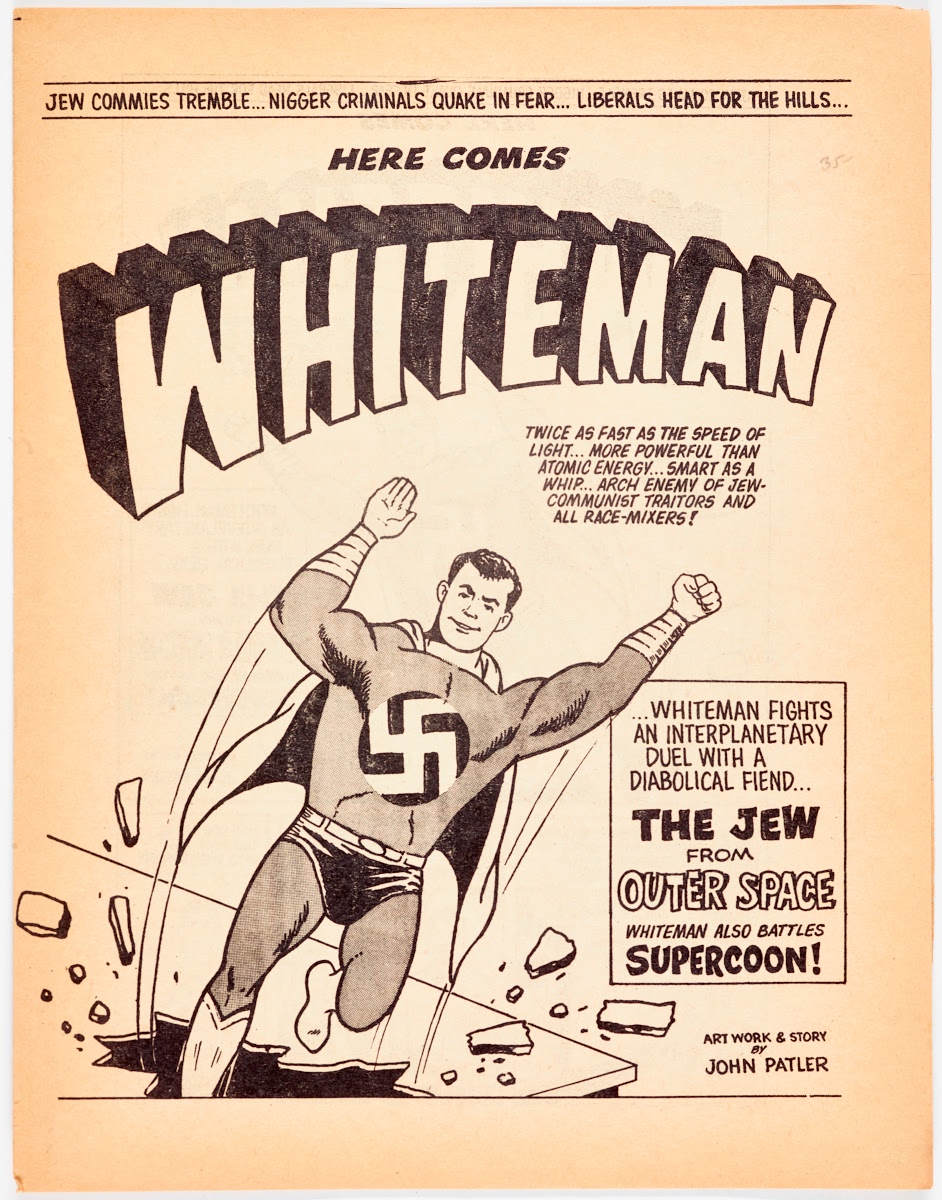 Patler, born in the Bronx, was of Greek heritage and grew up in a poor and violent family. His father shot and killed his mother in 1943 and was imprisoned at Sing Sing in New York. Patler served in the US Marines from 1958 to 1960 and was honorably discharged after being arrested at a Party rally.

He legally changed his name in 1960 to John Patler to make his surname sound close to Hitler's name. While he was involved with the American Nazi Party he was the chief cartoonist for their publication, The Stormtrooper.

Patler was a former member of the New York based National Renaissance Party and became an early member of the American Nazi Party rising to the rank of captain. In 1962 he left the ANP with Daniel Burros and formed the American National Party which lasted about a year. In the Summer of 1966 he moved back to Virginia and rejoined Rockwell’s organization.

For the next few months he drifted in and out of the party. During this time in Chicago he was working with the party attempting to organize their motorcycle corps called the White Guard.[4] Patler developed Marxist leanings and began to cause friction between party members. Rockwell expelled him from the party in March 1967.

In Arlington, Virginia on August 25, 1967, Patler fired two shots from his Mauser semi-automatic pistol, striking Rockwell twice, once in the head and the other in the chest.

Police officers escorted John Patler out of Arlington Police Headquarters on August 25, 1967. It quickly became known that Patler had been an ANP member just a few months earlier. Rockwell's deputy Matt Koehl said he had recently been expelled from the party for "Bolshevik leanings". Apparently Rockwell, whom Patler admired, had fallen out with him.[5]

Patler was convicted of the murder and received a twenty year sentence. Paroled in 1975, he breached his parole conditions and served a further six years, being released in 1981. On 30 December 1977 Patler petitioned the Henry County Circuit Court to change his surname back to its original form, Patsalos. After serving out the remainder of his sentence, John Patsalos returned to the New York City area. The strip mall where Rockwell was slain is still called the Dominion Hills Shopping Centre. In the past, admirers of Rockwell have painted a swastika on the exact spot of the parking lot where he died. [6]

Roy Frankhouser claims the ADL was tied to Patler and Rockwell’s assassination. He claims Patler tried to sell him the murder weapon a month before the assassination.[7]

On a different note Karl Allen, the former deputy commander to Rockwell, believed Patler was framed by the ADL and started a John Patler Defense Fund on his behalf.