Konstantin Hermann Karl Freiherr[1] von Neurath (b. 2 February 1873; d. 14 August 1956) was a German aristocrat, lawyer, officer and diplomat, who served as Foreign Minister of Germany between 1932 and 1938. He served as Governor of the Protectorate of Bohemia and Moravia between 1939 and 1943. At the Nuremberg Show Trials Neurath was sentenced to fifteen years imprisonment. 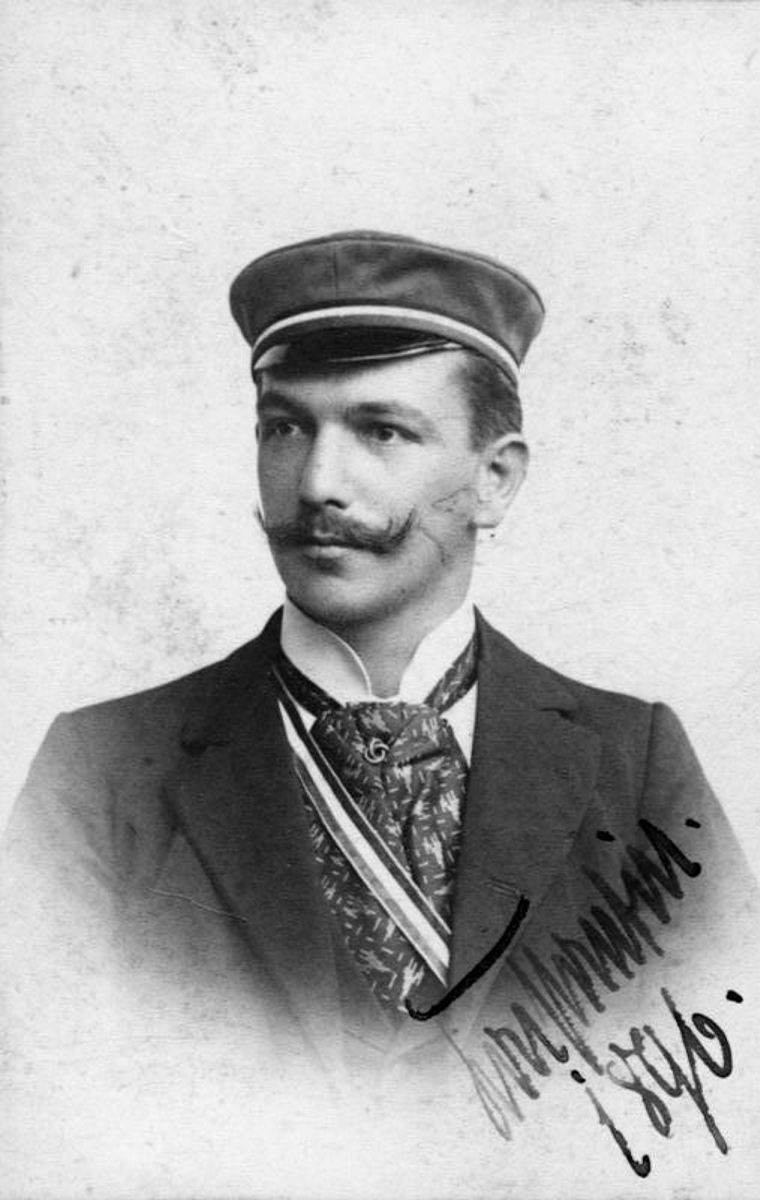 Konstantin von Neurath as a student in Tübingen, around 1896 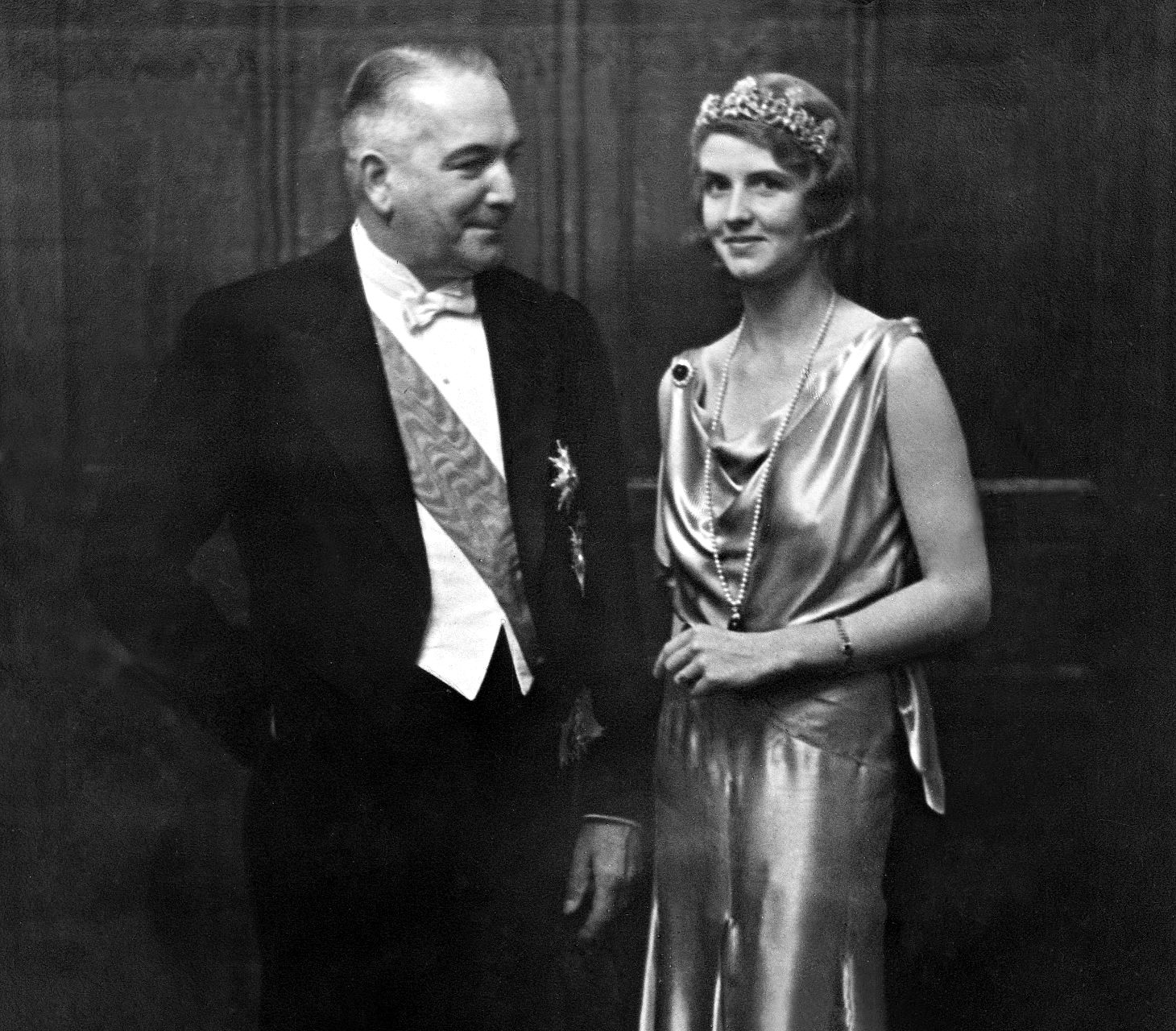 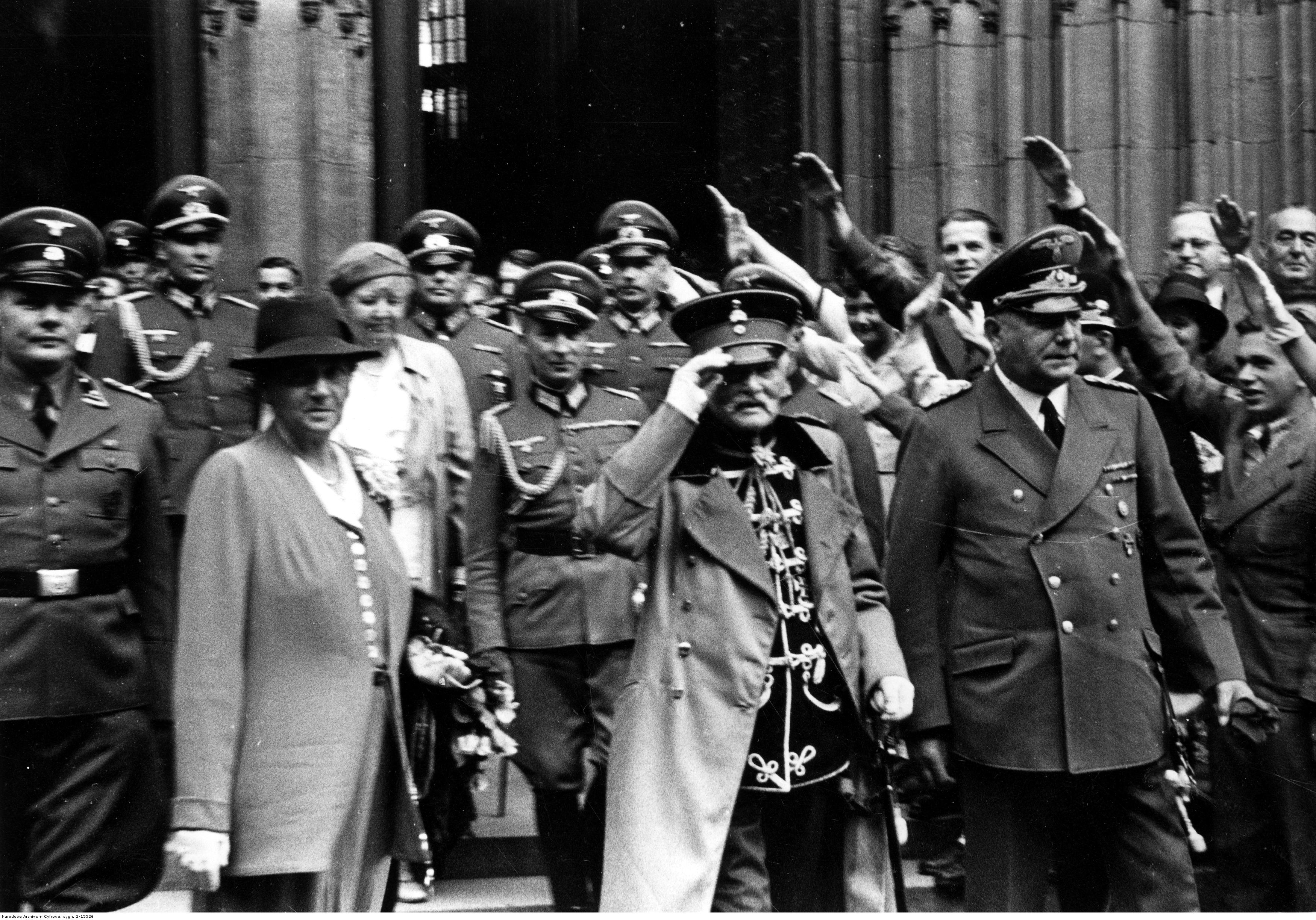 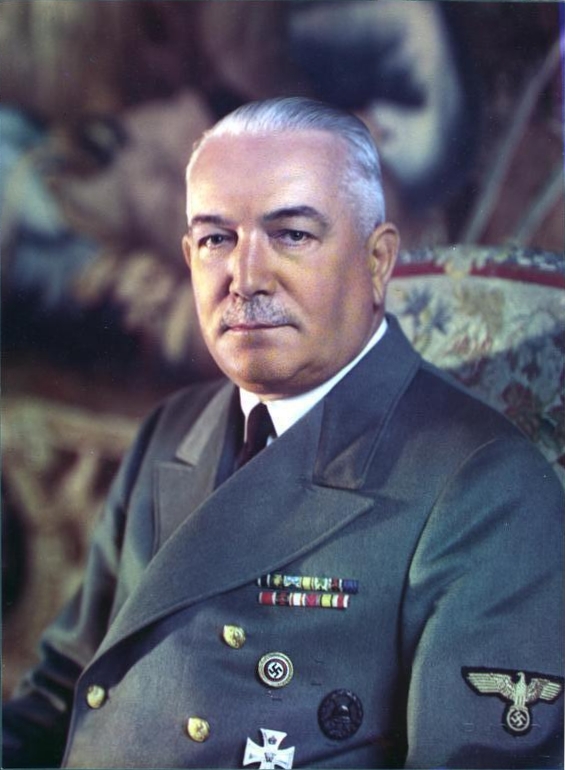 Von Neurath was born at the manor of Kleinglattbach (since 1972 part of Vaihingen an der Enz) in Württemberg, the scion of a Swabian dynasty of Barons (Freiherren). His grandfather Constantin Franz von Neurath had served as Foreign Minister under King Charles I of Württemberg (reigned 1864-1891); his father Konstantin Sebastian von Neurath (d. 1912) had been a Free Conservative member of the German Reichstag parliament and Chamberlain of William II (d.1921), the last reigning King of Württemberg.

He studied law in Tübingen and in [[Berlin]. After graduating in 1897 he initially joined a local law firm in his home town. In 1901 he entered into civil service and worked for the Foreign Office in Berlin. In 1903 he was assigned to the German embassy in London, at first as Vice-Consul and from 1909 as Legation counsel (Legationsrat). Following the visit of the Prince of Wales to the Kingdom of Württemberg in 1904, as Lord Chamberlain to King William II, he was created an Honorary Knight Grand Cross of the Royal Victorian Order.[2] Neurath's career was decisively advanced by Secretary of State Alfred von Kiderlen-Waechter. In 1914 he was sent to the embassy in Constantinople.

During World War I he served as an officer with an infantry regiment until 1916 when he was badly wounded. In December 1914 he was awarded the Iron Cross. He returned to the German diplomatic service in the Ottoman Empire (1914–1916), where he witnessed the Armenian Genocide. In 1917 he temporarily quit the diplomatic service to succeed his uncle Julius von Soden as head of the royal Württemberg government.

In 1919 von Neurath with approval by President Friedrich Ebert returned to diplomacy, joining the embassy in Copenhagen as Minister to Denmark. From 1921 until 1930 he was the ambassador to Rome; he was not overly impressed with Italian Fascism. After the death of Gustav Stresemann in 1929, he was already considered for the post of Foreign Minister in the cabinet of Chancellor Hermann Müller by President Paul von Hindenburg, but his appointment failed due to the objections raised by the governing co-alition parties. In 1930 he was appointed Ambassador to London.

Von Neurath was recalled to Germany in 1932 and became Minister of Foreign Affairs in the "Cabinet of Barons" under Chancellor Franz von Papen in June. He continued to hold that position under Chancellor Kurt von Schleicher and then under Adolf Hitler from the Machtergreifung on 30 January 1933. During the early days of Hitler's rule, von Neurath lent an aura of respectability to Hitler's foreign policy.

In May 1933, the American chargé d'affaires reported that "Baron von Neurath has shown such a remarkable capacity for submitting to what in normal times could only be considered as affronts and indignities on the part of the National Socialists, that it is still quite a possibility that the latter should be content to have him remain as a figurehead for some time yet".[3] He was involved in the withdrawal of Germany from the League of Nations in 1933, the negotiations of the Anglo-German Naval Agreement (1935) and the remilitarization of the Rhineland. Not until 1937, did von Neurath became a member of the National Socialist Party. He was awarded the Golden Party Badge and was given the honorary rank of a SS-Gruppenführer in the SS.

Nevertheless on 4 February 1938, von Neurath was dismissed as Foreign Minister in the course of the Blomberg–Fritsch Affair. He was said to feel his office was becoming marginalised and that he was not in favour of Hitler's war plans, which were detailed in the Hossbach Memorandum of 5 November 1937. He was succeeded by Joachim von Ribbentrop, but remained in government as a Minister without portfolio. He was also named as President of the "Secret Cabinet Council," a purported super-cabinet to advise Hitler on foreign affairs. He openly objected to making any secret pact with the Soviet Union, and greatly disliked von Ribbentrop for his negotiating the non-aggression pact with them.

In March 1939, von Neurath was appointed Reichsprotektor of occupied Bohemia and Moravia. The unreliable Shirer stated that Hitler chose von Neurath in part to pacify the international concerns over the German occupation of the rump Czech lands.[4] Soon after his arrival at Prague Castle, von Neurath agreed to institute harsh press censorship and banned political parties and trade unions. He ordered a harsh crackdown on violent protesting students in October and November 1939 (1200 student protesters went to concentration camps and nine were executed). He also ensured Jews were treated in accordance with the Nuremberg Laws. Hitler, however, felt his rule was too lenient, and in September 1941 he was relieved of his day-to-day powers and replaced by Reinhard Heydrich and Kurt Daluege. Von Neurath already attempted to resign in 1941 but his resignation was not accepted until August 1943, when he was succeeded by the former Minister of the Interior Wilhelm Frick. In June of that year von Neurath had been raised to the rank of an SS-Obergruppenführer.

Von Neurath was tried at the Nuremberg Show Trials in 1946, where he took the ordeal with surprising calm. He was defended by Otto von Lüdinghausen. The Allies accused him of "conspiracy to commit crimes against peace"; "planning, initiating and waging wars of aggression"; "war crimes" and "crimes against humanity". Baron von Neurath's chief defence strategy was predicated on the fact that his successor and fellow defendant Joachim von Ribbentrop was more culpable for the crimes committed in the National Socialist state. The American psychiatrist Dr.Dunn, who examined von neurath, charactised him as "a quiet, soft-spoken professional diplomat whose manner was most correct and polished. He made no complaints in spite of his age and his sever hypertension, and had a relatively high IQ of 125." The International Military Tribunal acknowledged the fact that von Neurath's "crimes against humanity" were allegedly mostly conducted during his short tenure as actual Protector of Bohemia and Moravia, especially in quelling Czech partisans and the summary execution of several terrorists. The tribunal came to the consensus that von Neurath, though a willing and active participant in "war crimes", held no such prominent position during the height of the Third Reich's rule and was therefore only a minor adherent to the alleged atrocities committed. He was found guilty by the Allied powers on all four counts and was sentenced to fifteen years imprisonment.

Von Neurath was held as a "war criminal" in Spandau Prison, Berlin, until November 1954, when he was released in the wake of the Paris Conference, due to his ill-health. He retired to his family's estates in Enzweihingen, where he died from a heart attack two years later, aged 83.

The revisionist Carlos Porter has written that

"Von Neurath was the victim of a major forgery, Document 3859-PS. The Czechs re-typed an authentic document, making extensive alterations and additions, and presented a "photocopy" of their "copy" (with typewritten signatures) to the Tribunal. The original document was in Czechoslovakia. On this document, nearly everything is wrong: German bureaucracy was extremely complex, and many prosecution documents bear wrong addresses, false references, and incorrect procedural markings which are not immediately obvious. In relation to this document, Von Neurath said, "I regret to say that you are lying" (XVII 67 [79]; 373-377 [409-413]). Von Neurath was convicted of closing Czech universities (not a crime under international law when performed by an occupation government) and shooting 9 Czech student leaders after a demonstration. These crimes were "proven" with various documents: USSR-489, a "certified true copy", certified by the Czechs; USSR-60, a "report" of a "War Crimes Commission", quoting the "statements" of Karl Hermann Frank, which were not appended to the report; and USSR-494, an "affidavit" signed by Karl Hermann Frank 33 days before his execution. The statements attributed to Frank in the War Crimes Report were, of course, not signed or dated, and the original documents were in Czechoslovakia (XVII 85-90 [98-104]).[5] Much of the "evidence" concocted against Von Neurath, Schacht, Von Papen, Raeder, and others came from the affidavits of an elderly American diplomat living in Mexico (Documents 1760-PS; 2385-PS; 2386-PS; EC-451). The diplomat, George Messersmith, was claimed to be too old to come to court (II 350 [387]); it was denied, however, that he was senile (II 352 [389]). The "evidence" consists of Messersmith's personal opinions as to the motivations and character of other people. Von Neurath's case appears at XVI 593-673 [649-737]; XVII 2-107 [9-121]; XIX 216-311 [242-345])."[6]