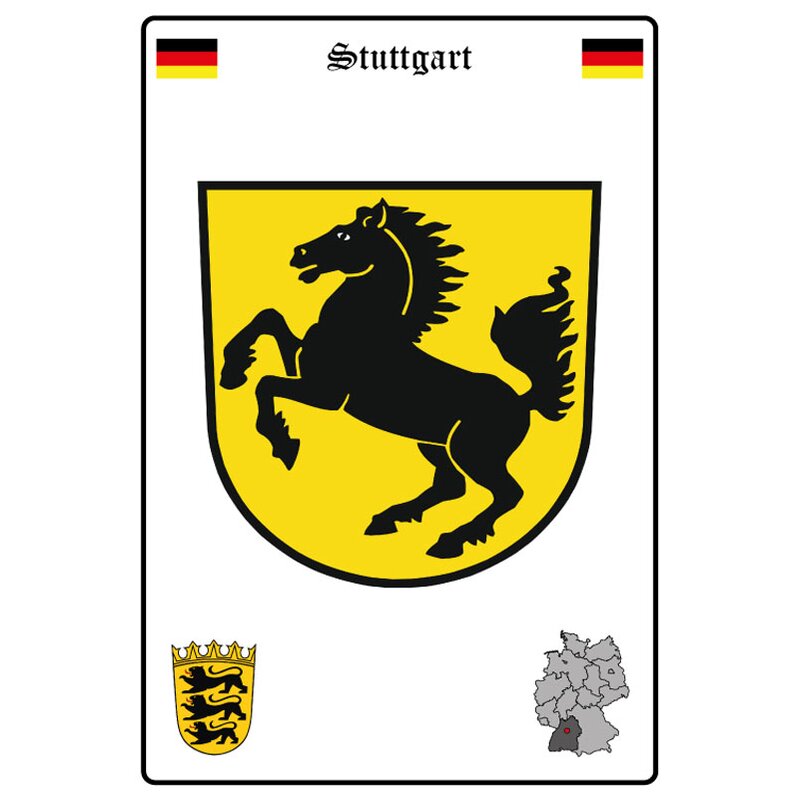 The city lies at the centre of a heavily populated area, circled by a ring of smaller towns. This area called Stuttgart Region has a population of 2.7 million[2] making 'greater Stuttgart' the third biggest urban area in Germany after the Ruhr Area and Berlin. With over 5 million inhabitants, the larger Stuttgart Metropolitan Region is the fourth-biggest in Germany after the Rhine-Ruhr area, Berlin/Brandenburg and Frankfurt/Rhine-Main.

Stuttgart is spread across a variety of hills (some of them vineyards), valleys and parks - unusual for a German city[3] and often a source of surprise to visitors who primarily associate the city with its industrial reputation as the "cradle of the automobile" (Mercedes-Benz, Porsche, Bosch, Mahle, Eberspächer, Mann+Hummel, Vector Informatik and many more).

Stuttgart has the status of a independant Stadtkreis, a type of self-administrating urban county. It is also the seat of the state legislature, the regional parliament, local council and the Protestant State Church in Württemberg as well as one of the two co-seats of the bishop of the Roman Catholic diocese of Rottenburg-Stuttgart.