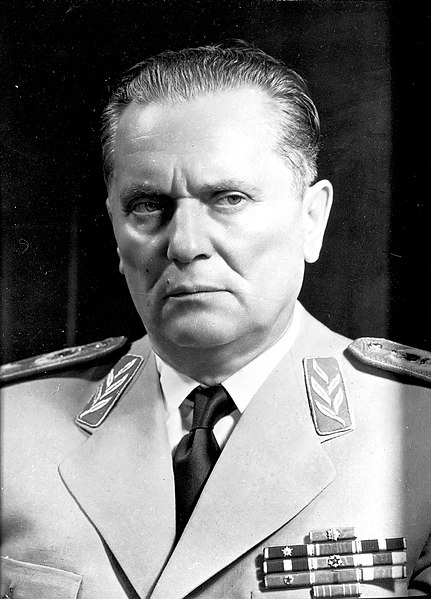 Josip Broz (7 May 1892 – 4 May 1980), commonly known as Tito, was a Communist leader in Yugoslavia before WWII, a Communist partisan during the war, and postwar Communist dictator of Yugoslavia. He was responsible for numerous Communist atrocities.

Leftist Wikipedia has been criticized for leftist bias in its articles on Tito and for not mentioning many of Tito's crimes. See the external article "Josip Broz Tito, Communists Extremists and Wikipedia".