Expulsion of Italians and Croats from Istria and Dalmatia 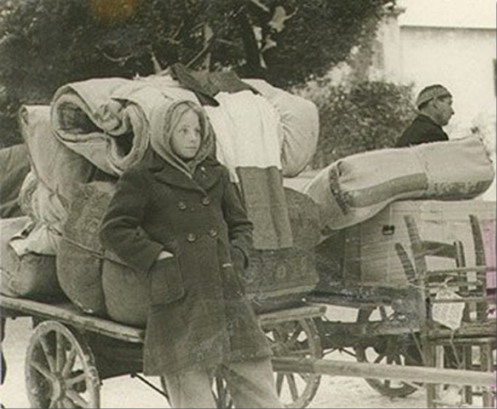 Young istrian native girl, carry together her belongings the flag of Italy.

The Expulsion of Italians from Istria and Dalmatia (called by post-war propaganda Istrian exodus) was a forced expulsion of ethnic Italian natives of Istria, Dalmatia and the Julian March that had to leave their land as part of an ethnic cleansing program in the Socialist Federal Republic of Yugoslavia, a bolshevik puppet state created after the World War II. The estimated number of the refugees is between 250,000 to 350,000 according to official post-war estimates although the number could be higher. Most of these refugees settled in the bordering Italian region of Friuli-Venezia Giulia (100,000) but some migrated as far away as Australia, South America and the United States.

Italy officially commemorates the Istrian and Dalmatian Exiles together with the victims of the Foibe massacres in a national holiday on February 10 called the National Memorial Day of the Exiles and Foibe (Giorno del ricordo).

The Istrian and Dalmatian Exiles (called Esuli in Italian) and their descendants, despite being forced out of their homeland, have managed to achieve a great deal of fame and success around the world, especially in sports, athletics and entrepreneurship.