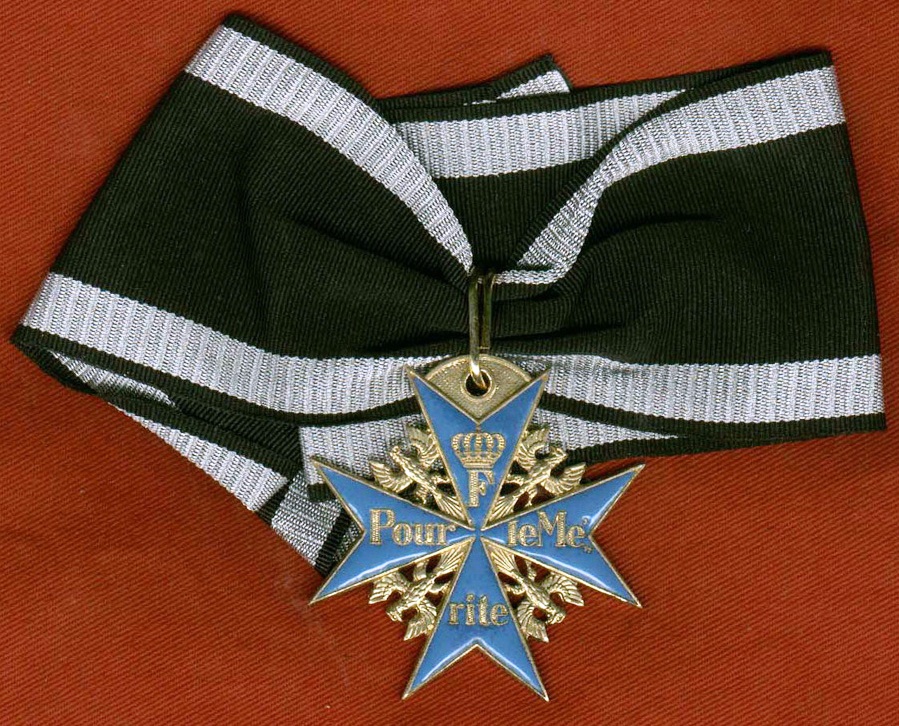 Pour le Mérite (French: "For Merit") is an order of merit established in 1740 by Prussia. It was awarded as both a military and civil honour and ranked among the highest orders of merit. The military class ceased with the end of the Prussian monarchy after WWI. The civil class was revived in 1923, with the President of Germany acted as head of the order, instead of the King of Prussia. After the Second World War, the civil class was again re-established in 1952. German author Ernst Jünger, who died in 1998, was the last living recipient of the military class award.