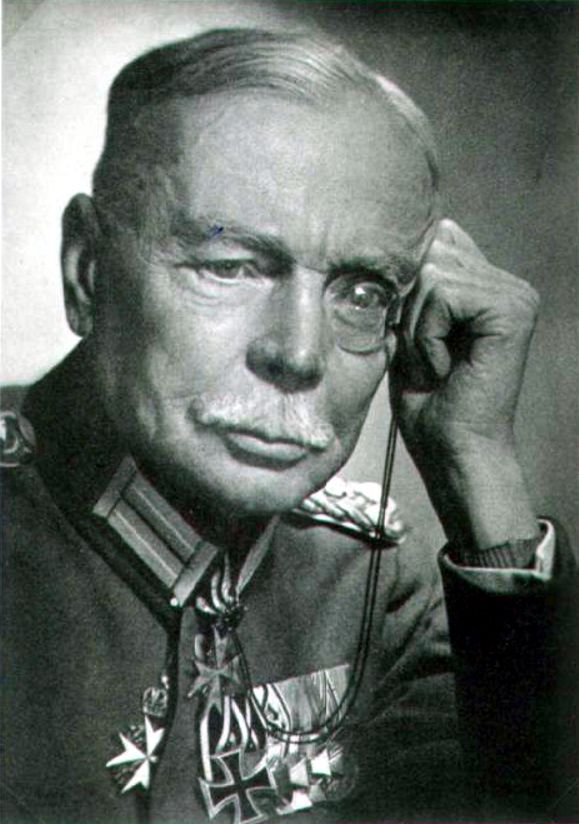 Johannes "Hans" Friedrich Leopold von Seeckt (b. 22 April 1866 in Schleswig, Duchy of Schleswig, German Confederation; d. 27 December 1936 in Berlin, German Reich) was a German military officer of the Prussian Army, the Imperial German Army and the Reichswehr, at last Generaloberst. In 1933, von Seeckt was sent to China to advise Jiang Jieshi (Chiang Kai-shek) and the Nationalist Army in their struggle against Mao Zedong’s Communist Red Army. He returned to Germany in 1936 and died in December that year. 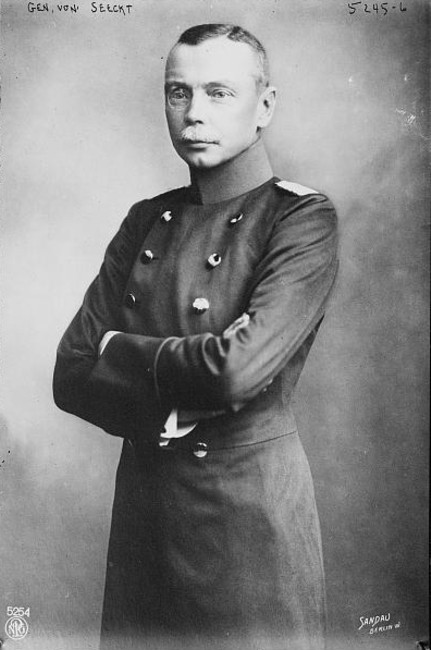 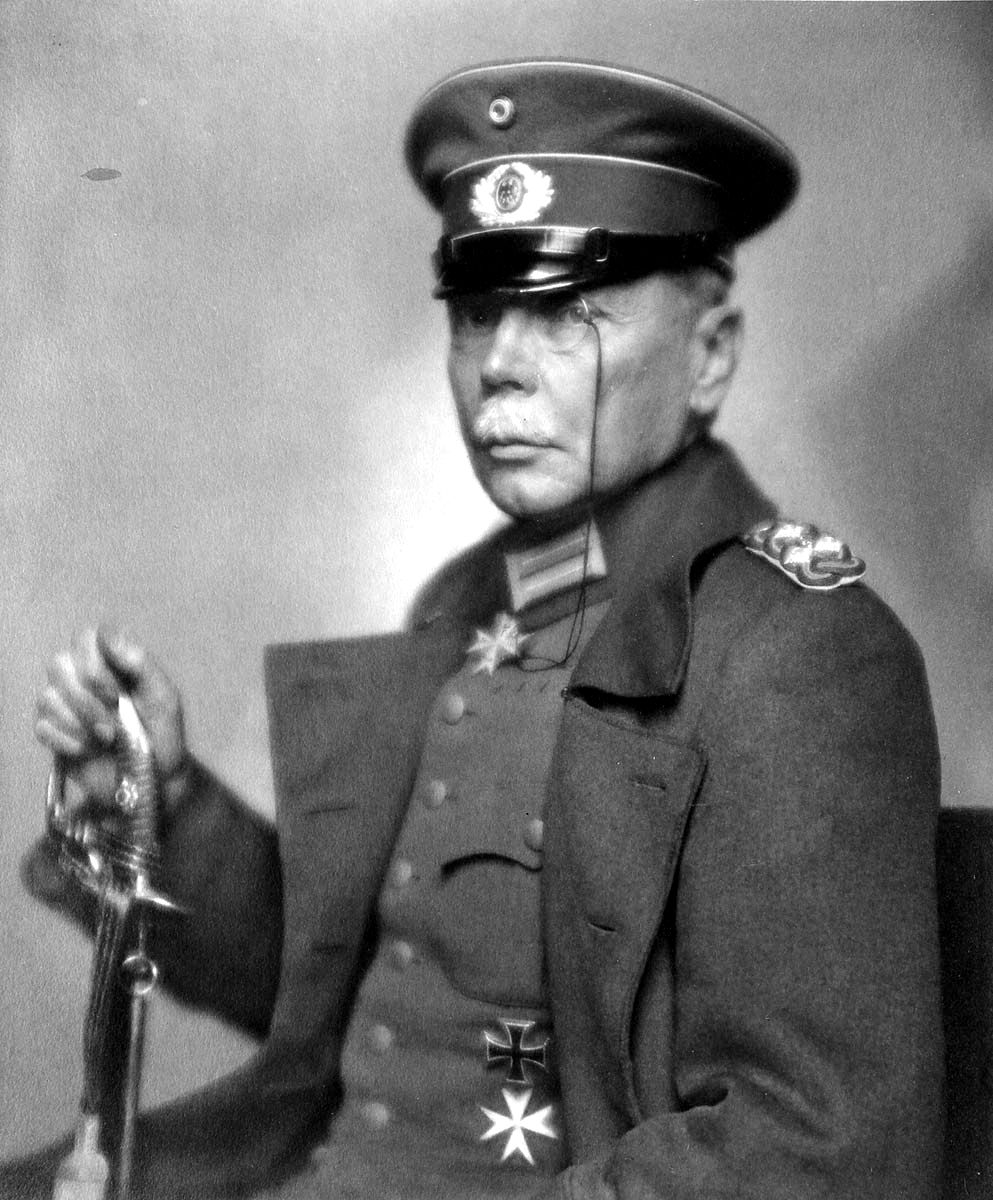 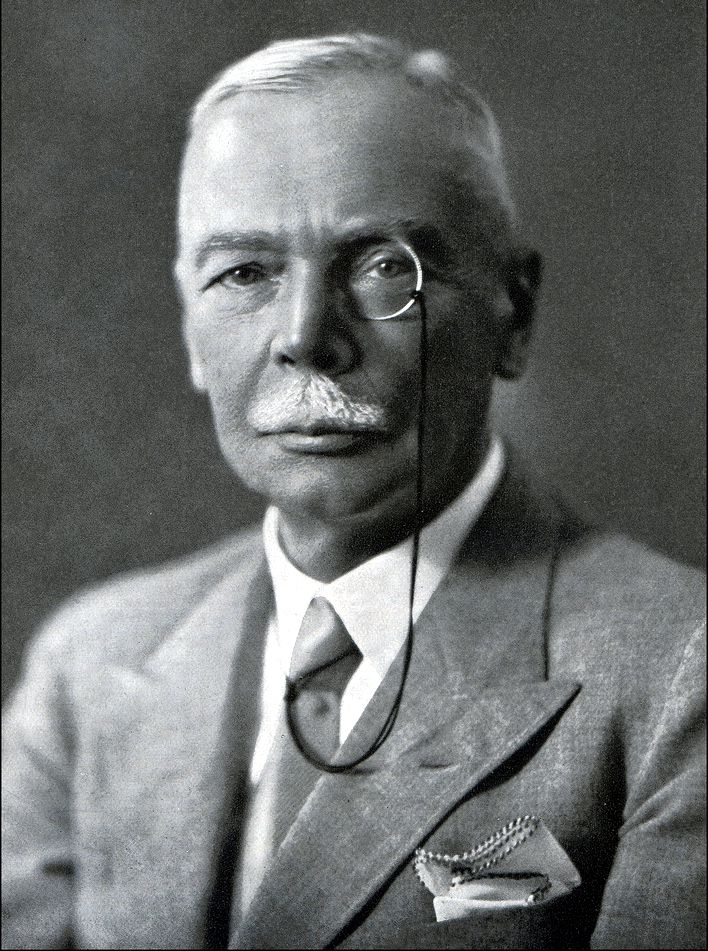 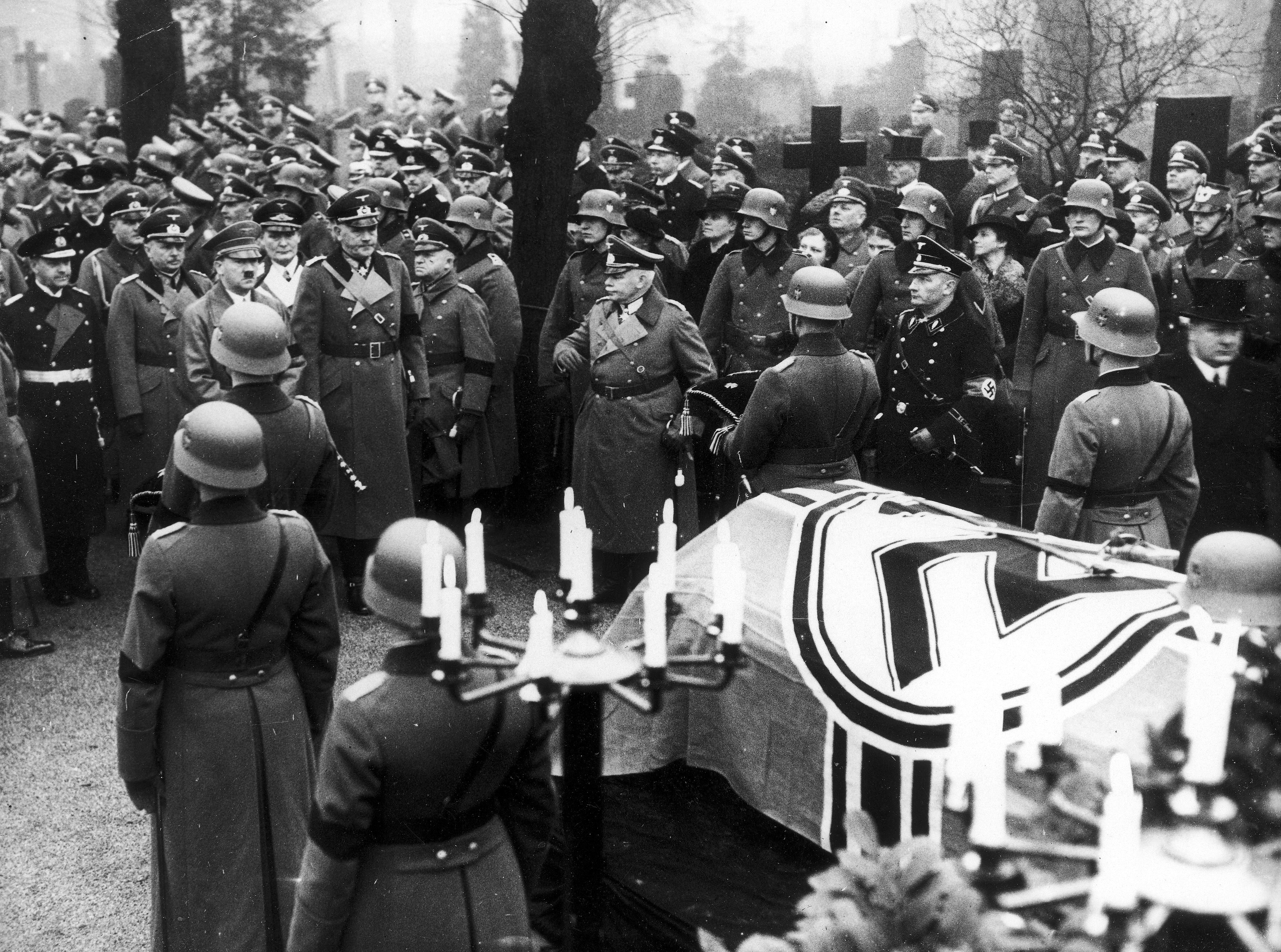 Adolf Hitler and Generalfeldmarschall Werner von Blomberg (de) at the funeral of Hans von Seeckt at the Invalidenfriedhof in Berlin, 30 December 1936

Von Seeckt, son of General der Infanterie Richard August von Seeckt (1833–1909),[1] served as Chief-of-Staff to Generalfeldmarschall August von Mackensen and was a central figure in planning the victories he achieved for Germany in the east during the First World War. During the years of the Weimar Republic von Seeckt was Chief-of-Staff for the Reichswehr 1919-1920, and Commander-in-Chief of the German Army from 1920 until he resigned in October 1926. During this period he undertook multiple programmes to circumvent the military limitations imposed by the Treaty of Versailles and engaged in the reorganization of the army, laying down the foundation for the standard doctrine, tactics, organization, and training of the German army. By the time von Seeckt left his position as Commander-in-Chief in 1926 the Reichswehr had a clear, standardized operational doctrine, as well as a precise theory on the future methods of combat which greatly influenced the military campaigns fought by the Wehrmacht during the first half of the Second World War.

He was forced to resign on 9 October 1926 because he had invited Prince Wilhelm, the grandson of Kaiser Wilhelm II, to attend army manoeuvres in the uniform of the old Imperial First Foot Guards without first seeking a government minister's approval. It created a storm when the republican press publicized it as a transgression. Von Seeckt probably could have ridden out the storm, but Reichswehr Minister Otto Gessler told President Paul von Hindenburg he would resign unless von Seeckt was forced to resign.

In "Thoughts of a Soldier" von Seeckt questioned the value of huge conscript armies. He argued that it was technical science and tactical skill that would win the wars of the future. He predicted that

"the whole future of warfare appears to me to lie in the employment of mobile armies, relatively small but of high quality, and rendered distinctly more effective by the addition of aircraft, and in the simultaneous mobilization of the whole forces, either to feed the attack or for home defence."

Basil Liddell Hart explained Seeckt's ideas in his book, "The Other Side of the Hill" (1948):

"The bulk of the nation's manpower would be better employed during peacetime in helping to expand the industry required to provide the professional army with an ample equipment of up-to-date weapons. The type of weapons must be settled well in advance, and arrangements for rapid mass production developed. At the same time a brief period of compulsory military training should be given to all fit young men in the country... Such a system would help to link the army with the people, and ensure national unity."

Von Seeckt was elected to the Reichstag as a member of the DVP, serving from 1930 through 1932. From 1933–1935 he served as General Advisor (Generalberater) to Chiang Kai-shek and helped to establish a new basis for Sino-German cooperation until 1941. In October 1933, von Seeckt arrived in China to head the German military mission as the successor of General der Infanterie a. D. Georg Philipp Wetzell (de). Von Seeckt remained on the army reserve list and on 22 April 1936 he received the honour of becoming Regimentschef (sometimes compared to the Colonel-in-Chief) of the Wehrmacht's Infanterie-Regiment 67, which was established on 15 October 1935. 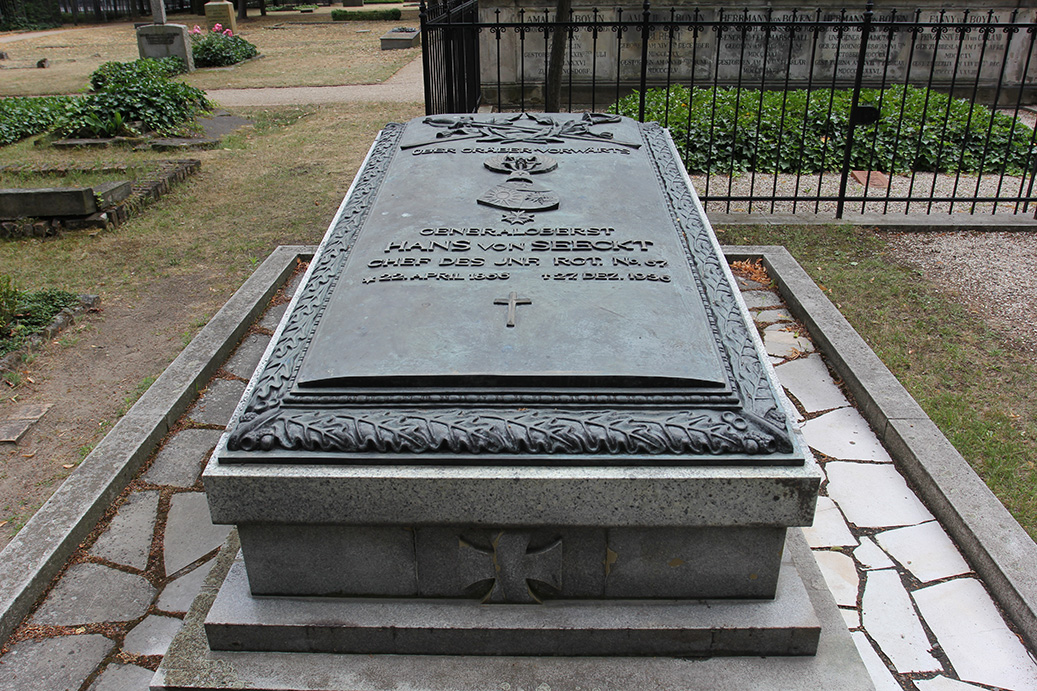 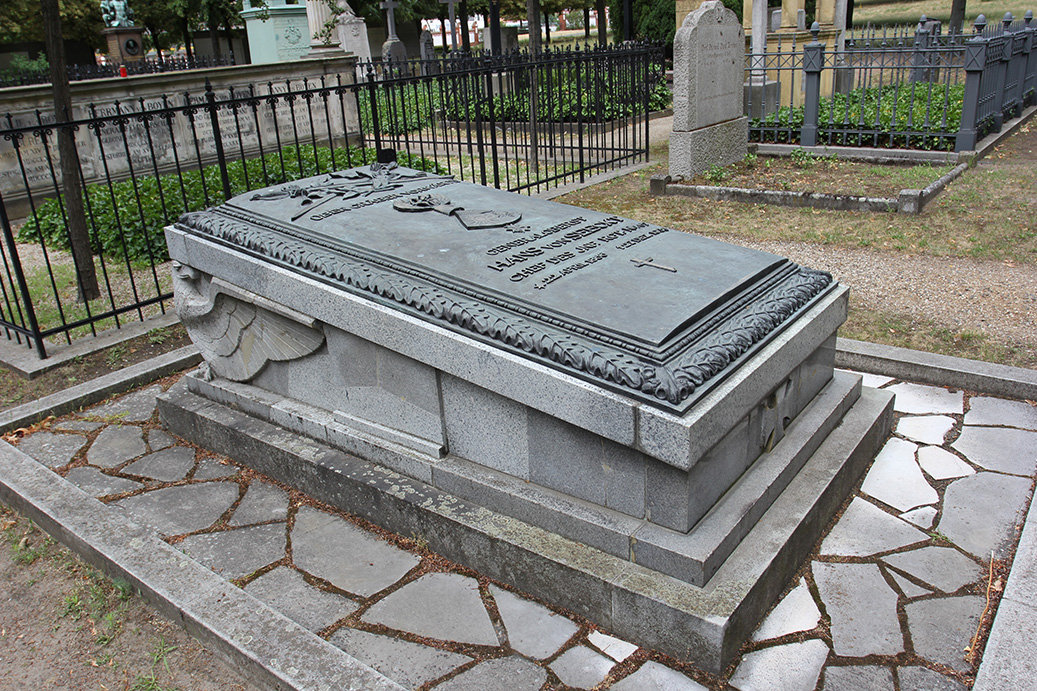 Seeckt entered the German Army in 1885. By 1889 he was a member of the general staff, where he remained for the next two decades. During World War I he became chief of staff of the 11th Army (February 1915) and later served as chief of staff of the Turkish Army. Appointed in November 1919 head of the Truppenamt (Troops Bureau), the republican successor of the German imperial general staff, which had been proscribed by the Versailles treaty, Seeckt clandestinely became the creator of a small but remarkably efficient army. He recognized that a Russo-German alliance would be an almost unbeatable combination in any general war, and he encouraged the Treaty of Rapallo (1922) normalizing relations between the two powers and promoted other, secret agreements. In return for German training of the Soviet Army and aid in the construction of heavy industry, the Reichswehr was able to train tank and air crews in the Soviet Union and experiment with the latest weapons, thereby effectively circumventing the Versailles treaty. The heart of Seeckt’s policy was to maintain the power and prestige of the army by avoiding internal dissension. In 1926, however, he made two crucial mistakes in regularizing duelling between officers and approving the participation of a Hohenzollern prince in Reichswehr manoeuvres. The resulting public and parliamentary outcry forced his resignation on Oct. 8, 1926. Thereafter, Seeckt served as a conservative member of the Reichstag (parliament) in 1930–32 and, in 1934–35, as an adviser to the Chinese Nationalist Army.[2]

Three regiments of the Wehrmacht received his honorary name: