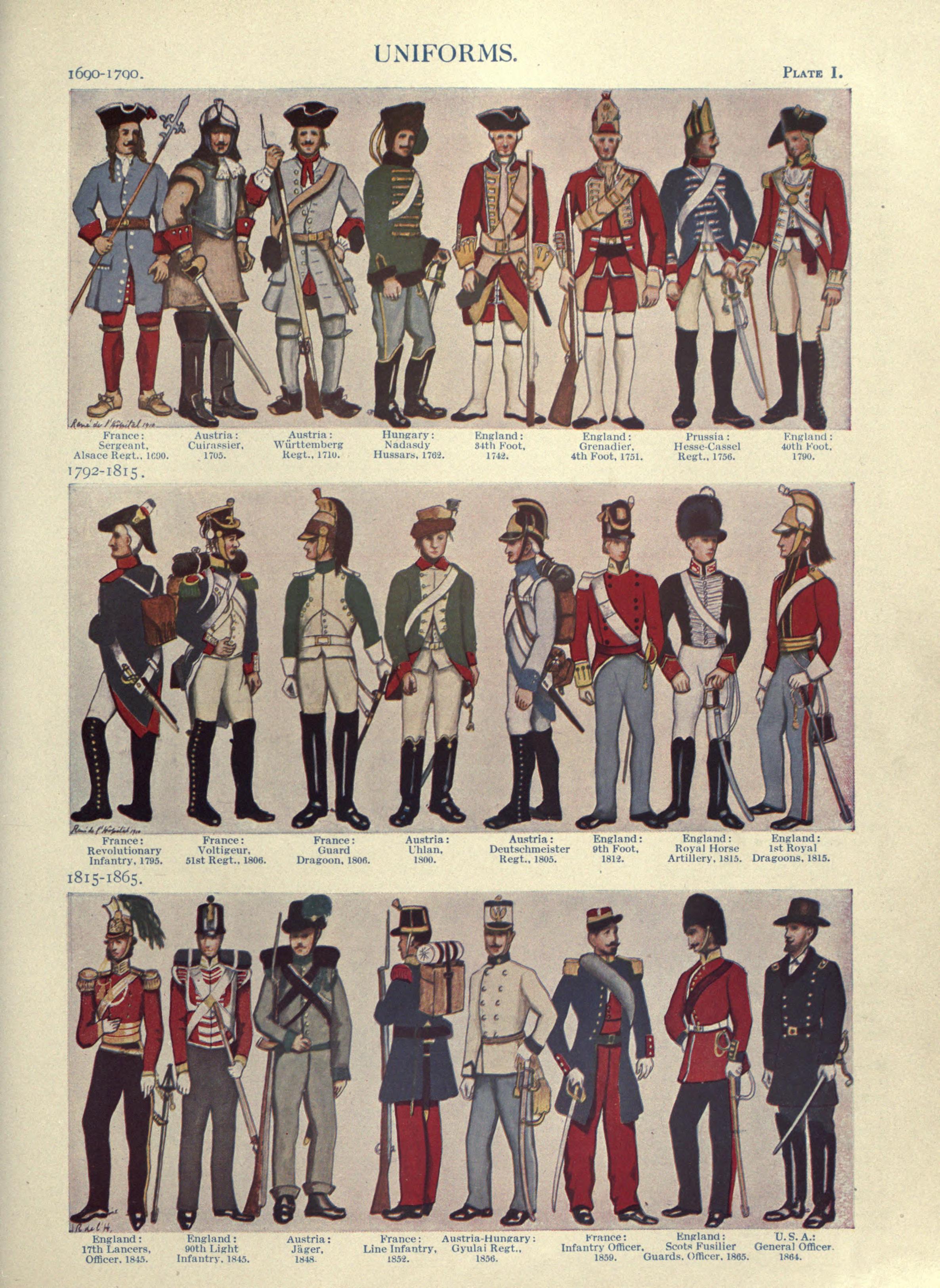 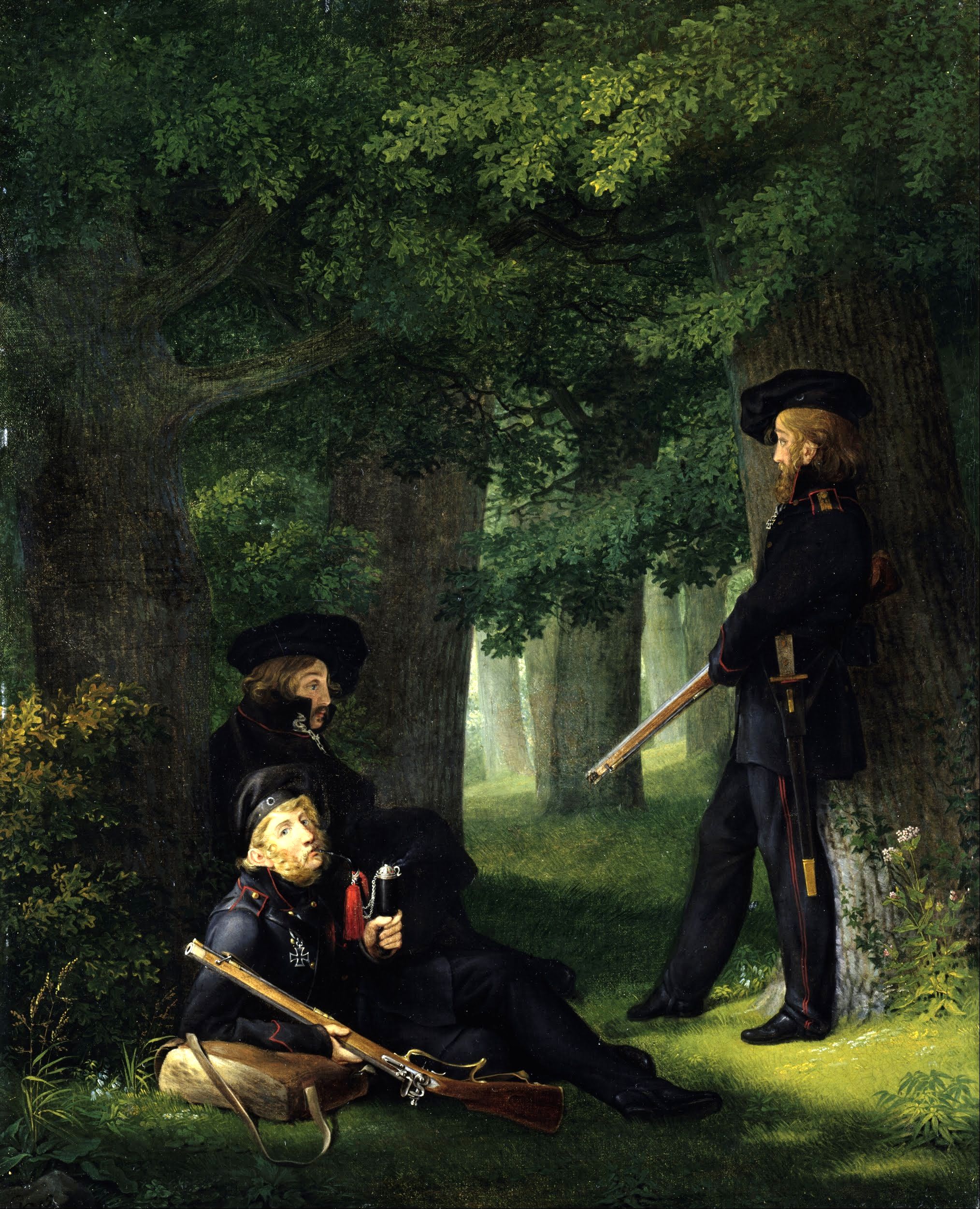 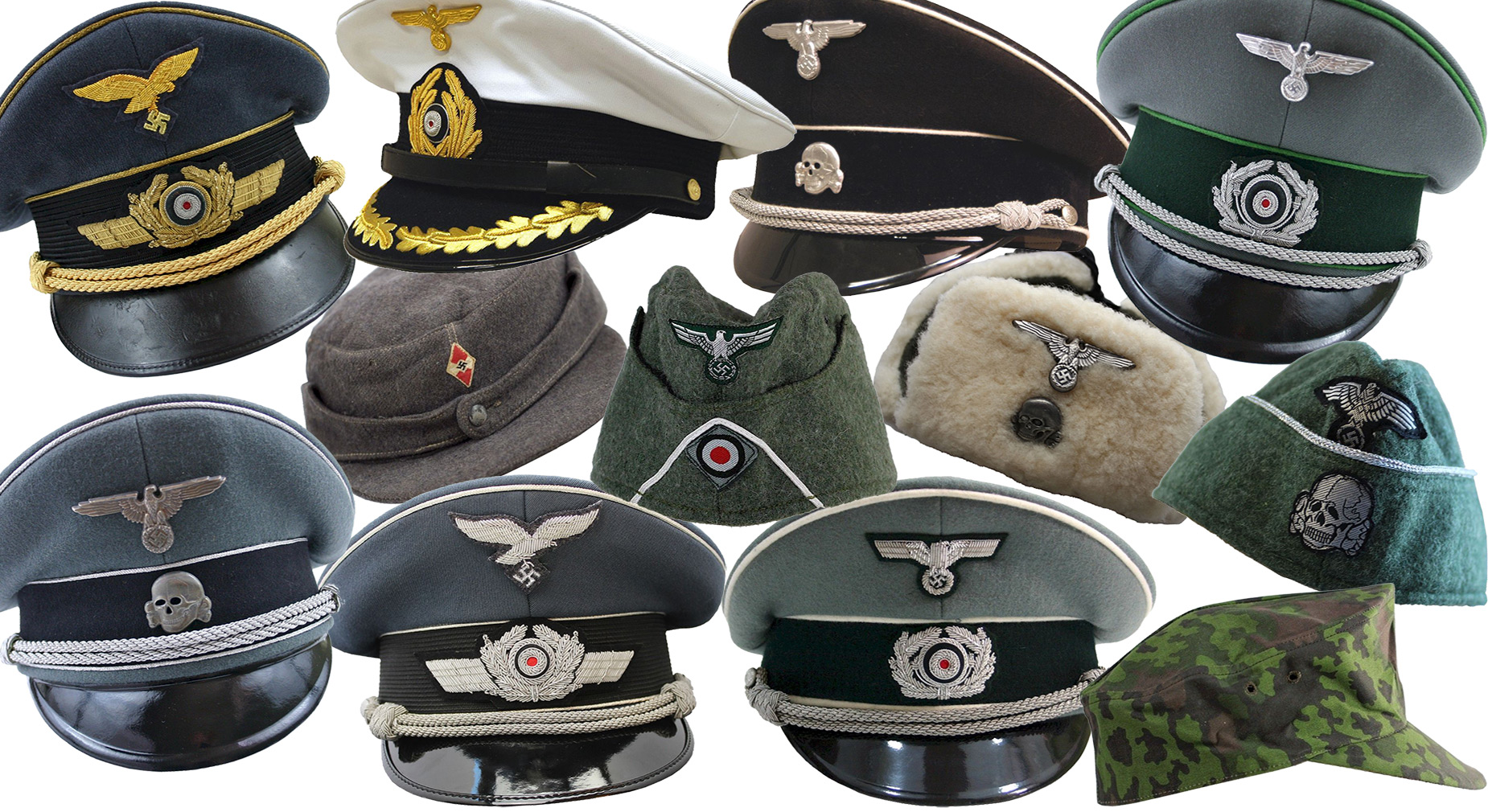 The history of the uniform offers a different approach to the emergence of the state and national sentiment in Europe, as well as to the economic and social transformations of the continent. However, military outfits are also inseparable from a specific experience of war, relating to conscripted armies and the spread of the war experience to the masses. The evolution of the uniform thus takes its place at the intersection of technical considerations connected to the increasing deadliness of weapons, and anthropological considerations connected to the representations associated with this outfit in various European nations.

A distinction should be made between uniforms and ethnic dress. If a particular people or culture favoured a distinctive dress style this could easily create the impression of uniformly dressed warriors. The issue is further complicated by the fact that the distinctive features of particularly effective warrior classes were often copied – weapons, armour, fighting style and native dress. Mercenary or irregular fighters could also develop their own fashions, which set them apart from civilians, but were not really uniforms. The clothing of the German Landsknechte of the 16th century is an example of distinctive military fashion.[1]

The need to identify forces engaged on the battlefield has been present since Antiquity and the Middle Ages, through the use of common insignia. The emergence of the uniform, however, is inseparable from the state as it emerged in Europe during the early modern and modern periods. It was indeed state authorities that led the process of making the clothing worn by the armed forces uniform, by considering the specific features of each of their components, in addition to the technical and military environment of the moment. Different constraints had to be taken into account, such as financing, adherence to the esprit de corps, technical conditions of production, and the connection between protection and mobility. The uniform in itself distinguishes members of the military from civilians, but also from one another (infantry, artillery, navy, and later air force). While the first uniform shared by an entire army dates back to the Sweden of Gustaf II Adolf during the first half of the seventeenth century, it took until Louvois during the second half of that same century for it to become mandatory in France. The uniform then spread to the remainder of the continent, before being diffused on the international scale beginning in the nineteenth century. Wearing a uniform fulfilled a number of needs during this period, for instance ensuring the visibility of combatants on a battlefield in which the increased presence of firearms led to smoke clouds from the use of black powder. Military commanders needed to conduct the battle and avoid friendly fire in confrontations in which firearms, another European particularity, played a major role.

The construction of an army in the service of the state also led to a new hierarchy—one that was based on service, and distinct by virtue of the rank worn on the uniform—in which one could advance based on technical training and merit. Wearing the uniform, whether it was done voluntarily as part of a professional army, or imposed as part of a conscripted army, was linked to the gradual democratization of former privileges. The uniform was originally connected to service in aristocratic homes. As a result, it was simultaneously the reflection, purveyor, and symbol of a societal transformation, namely the weakening of the eighteenth- and nineteenth-century logic of orders or castes, within a dynamic in which the army could be seen as being synonymous with upward mobility. In return, while the uniform signified rank and status in society, it had a greater or lesser degree of visibility and acceptance in the public sphere. It was highly visible during the nineteenth century, with the uniform being inseparable from a larger process of disciplinary control over the population. Wearing military clothing was a social obligation in this context. The uniform helped limit individuality, and symbolized the incorporation of the soldier within a hierarchy whose orders were to be obeyed. Control over bodies was reinforced through uniforms with a restrictive cut, especially during the first half of the nineteenth century, which sought to project an image of men as part of a social and cultural construction of masculinity. This visibility of the uniform declined during the second half of the twentieth century, for instance in France beginning with the wars of decolonization, and later under the influence of the anti-military movements of the 1970s, and largely disappeared with the end of conscription in 1997.

Beyond these developments, the uniform was linked to the widespread diffusion of national sentiment in Europe during the nineteenth century, as well as the spread of the war experience to the masses during the global conflicts of the twentieth century. It subsequently bore a strong emotional charge through its association with national tradition, even if it was in reality a recent invention. The same was true of the revolutionary army’s blue uniform, or the blue and madder uniform used by the French army until 1914. The identity aspect also subsisted after the transition to inconspicuous colors, such as the British khaki. The cut of the pants, jacket, and headgear, or the type of boots or socks adopted, also contributed to this phenomenon of identification. The uniform was also a result of the technical evolution of weaponry. In the late nineteenth century, when black powder gave way to white powder and the deadliness of weapons increased, it became necessary to blend soldiers into their environment. For instance, the Boer War in the late nineteenth century forced the British army to renounce the red coat that had distinguished it since the early modern period. An evolution visible since the beginning of this century culminated in the disconnection between different types of uniforms, which were now reserved for combat, parades, or service (completing everyday tasks). At the same time, other factors such as mobility and comfort were given increasing consideration, in an effort to limit the fatigue of soldiers and ensure their capacities in combat. Finally, the uniform reflects the transition to a mass army that could be equipped thanks to the Industrial Revolution, as well as the ability of states to mobilize considerable resources on a country-wide scale in order to commission millions of mass-produced uniforms with simpler cuts. The history of the uniform thus includes an important technical dimension.

This conflict marked a major break. While in the summer of 1914 the cuts of uniforms grew out of traditions rooted in the nineteenth century, and largely continued to include a symbolic dimension, they evolved over the course of the conflict so that in 1915-1916, new uniforms were produced to ensure greater comfort, and to better adapt to the specific features of life and combat in the trenches. They were nevertheless a source of representations that were broadly assimilated by the population, especially thanks to the increase of images, posters, and illustrated newspapers. Horizon blue, which was initially adopted in France due to a lack of dyes that could produce a high-quality green uniform, thus became a symbol of the “poilu” [WWI French soldier], and subsequently a landmark in the memory of this conflict with the general population, and especially among former combatants. While the Great War saw the first efforts to camouflage artillery batteries, it nevertheless took until the Second World War for these practices to start spreading to military uniforms. They nevertheless remained restricted to certain units, and this was also largely the case during the second half of the twentieth century. The late twentieth century saw the generalization of camouflage (Tarnung), now a rule among all armies, which can be explained by the increased rejection of human losses in public opinion, in addition to the professionalization of armies and troop reductions. The adoption of different patterns in each army, and the use of specific colors by each country, nevertheless still inscribe camouflaged uniforms in the tradition of monochrome uniforms, by constituting in turn a compromise between the needs of combat and national specificities in Europe.[2]