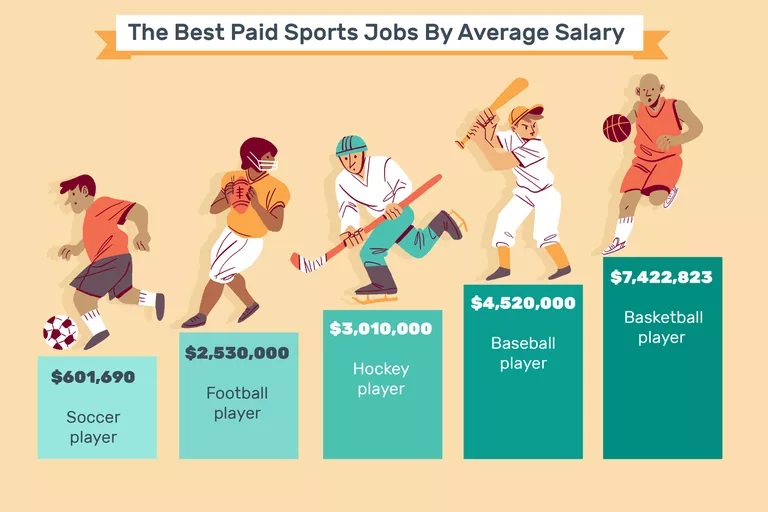 Sport is an activity involving physical exertion and skill in which an individual or team (team sports such as baseball and soccer) competes against another or others for entertainment. Some definitions also recognise that sport can be primarily physical (such as boxing, American football, athletics or bodybuilding, in German Körperbildung), primarily mind (such as chess), predominantly motorised (such as Formula 1 or powerboating), primarily co-ordination (such as billiard sports), or primarily animal-supported (such as equestrian sport).[1] 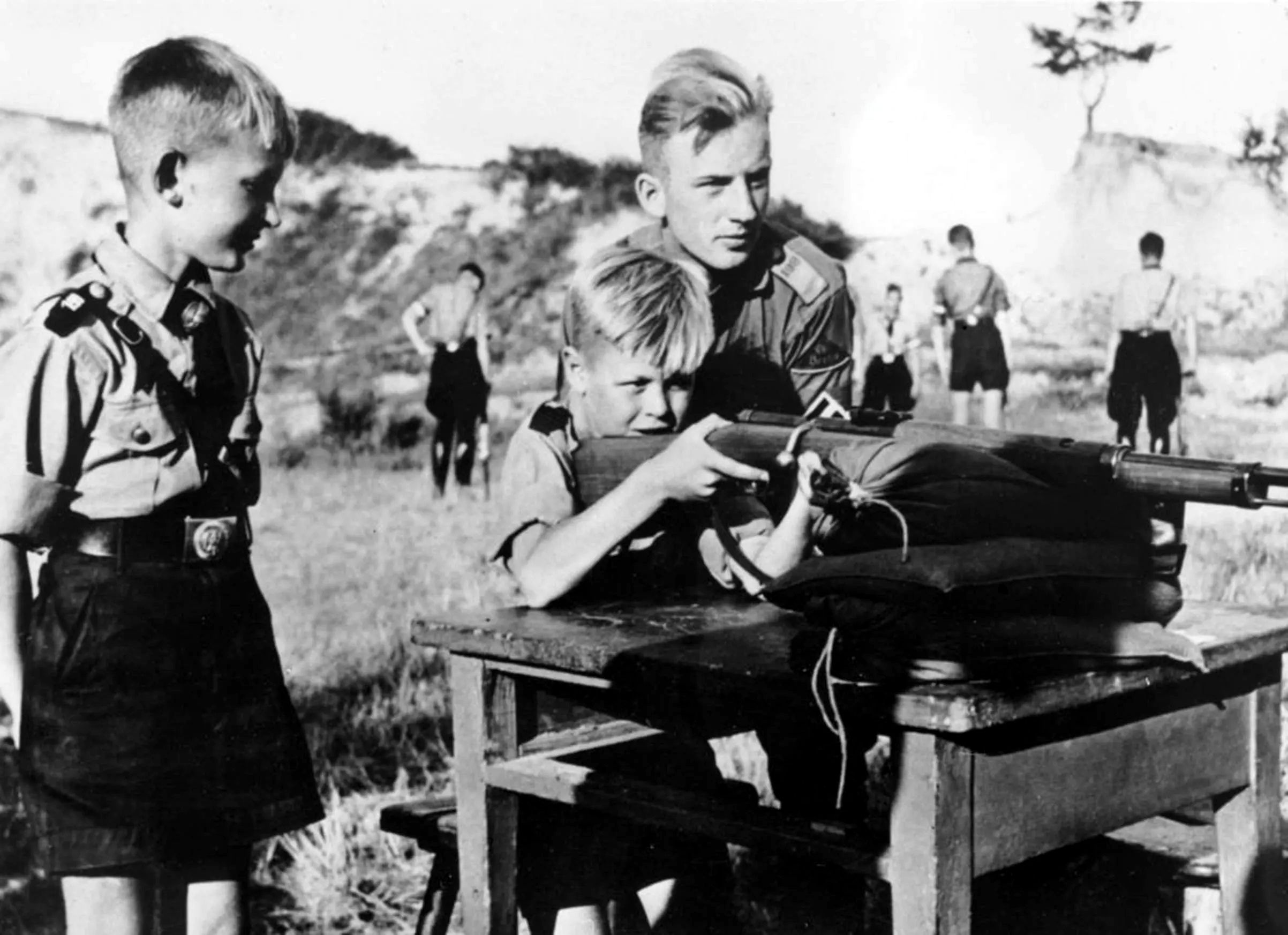 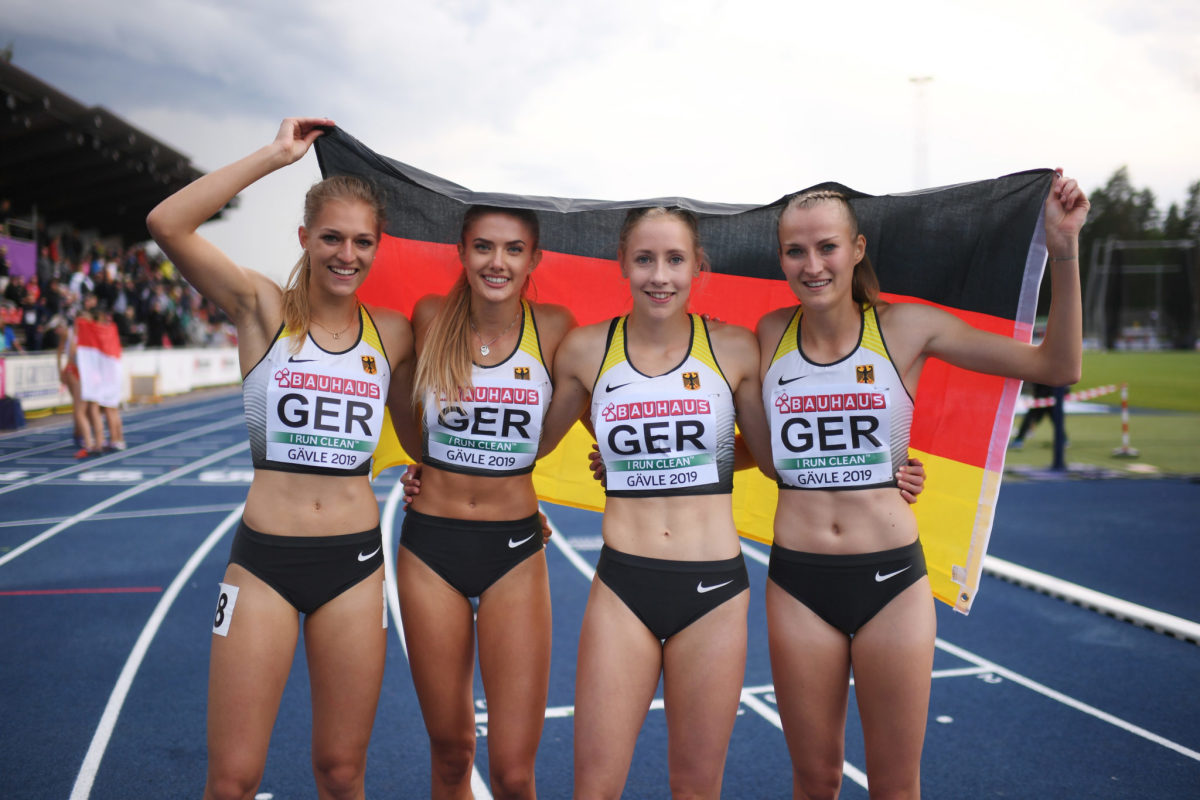 Nelly Schmidt, Corinna Schwab, Alica Schmidt and Luna Bulmahn of Germany celebrate after the Women´s 4x 400m final during day four of the European Athletics U23 Championships 2019 at the Gavlestadion on 14 July 2019 in Gavle, Sweden.

"... an athletic activity requiring skill or physical prowess and often of a competitive nature, as racing, baseball, tennis, golf, bowling, wrestling, boxing, hunting, fishing, etc. [...] a particular form of this, especially in the out of doors."[2]

sports, physical contests pursued for the goals and challenges they entail. Sports are part of every culture past and present, but each culture has its own definition of sports. The most useful definitions are those that clarify the relationship of sports to play, games, and contests. “Play,” wrote the German theorist Carl Diem, “is purposeless activity, for its own sake, the opposite of work.” Humans work because they have to; they play because they want to. Play is autotelic—that is, it has its own goals. It is voluntary and uncoerced. Recalcitrant children compelled by their parents or teachers to compete in a game of football (soccer) are not really engaged in a sport. Neither are professional athletes if their only motivation is their paycheck. In the real world, as a practical matter, motives are frequently mixed and often quite impossible to determine. Unambiguous definition is nonetheless a prerequisite to practical determinations about what is and is not an example of play.

There are at least two types of play. The first is spontaneous and unconstrained. Examples abound. A child sees a flat stone, picks it up, and sends it skipping across the waters of a pond. An adult realizes with a laugh that he has uttered an unintended pun. Neither action is premeditated, and both are at least relatively free of constraint. The second type of play is regulated. There are rules to determine which actions are legitimate and which are not. These rules transform spontaneous play into games, which can thus be defined as rule-bound or regulated play. Leapfrog, chess, “playing house,” and basketball are all games, some with rather simple rules, others governed by a somewhat more complex set of regulations. In fact, the rule books for games such as basketball are hundreds of pages long.

As games, chess and basketball are obviously different from leapfrog and playing house. The first two games are competitive, the second two are not. One can win a game of basketball, but it makes no sense to ask who has won a game of leapfrog. In other words, chess and basketball are contests. A final distinction separates contests into two types: those that require at least a minimum of physical skill and those that do not. Shuffleboard is a good example of the first; the board games Scrabble and Monopoly will do to exemplify the second. It must of course be understood that even the simplest sports, such as weightlifting, require a modicum of intellectual effort, while others, such as baseball, involve a considerable amount of mental alertness. It must also be understood that the sports that have most excited the passions of humankind, as participants and as spectators, have required a great deal more physical prowess than a game of shuffleboard. Through the ages, sports heroes have demonstrated awesome strength, speed, stamina, endurance, and dexterity.[3]