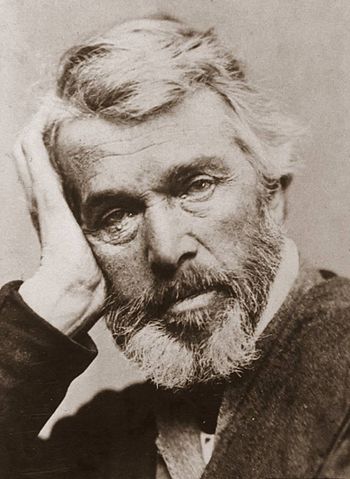 Thomas Carlyle (4 December 1795 - 5 February 1881) was a Scottish historian and essayist. One famous work was On Heroes, Hero-Worship, and The Heroic in History where he argued that the key role in history lies in the actions of the "Great Man", arguing that "the history of the world is but the biography of great men".

Controversial is Occasional Discourse on the Negro Question (1849), often described simply as being pro-slavery, but there various argued other aspects. See the "External links" section.