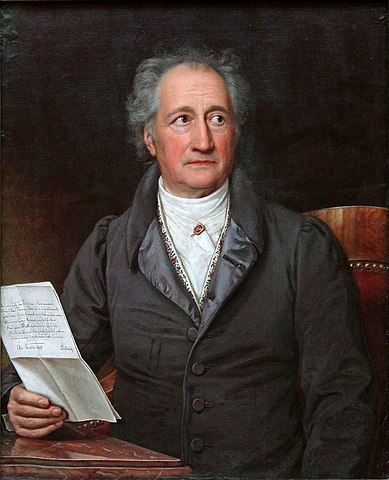 Johann Wolfgang Goethe, since 1782 von Goethe (b. 28 August 1749 in Frankfurt am Main; d. 22 March 1832 in Weimar), was a German poet, playwright, novelist, scientist, statesman, theatre director, critic, and artist. Possibly his most famous book was Faust, written in prose. His body of work includes epic and lyric poetry written in a variety of metres and styles; prose and verse dramas; memoirs; an autobiography; literary and aesthetic criticism; treatises on botany, anatomy, and colour; and four novels. In addition, numerous literary and scientific fragments, more than 10,000 letters, and nearly 3,000 drawings by him are extant. 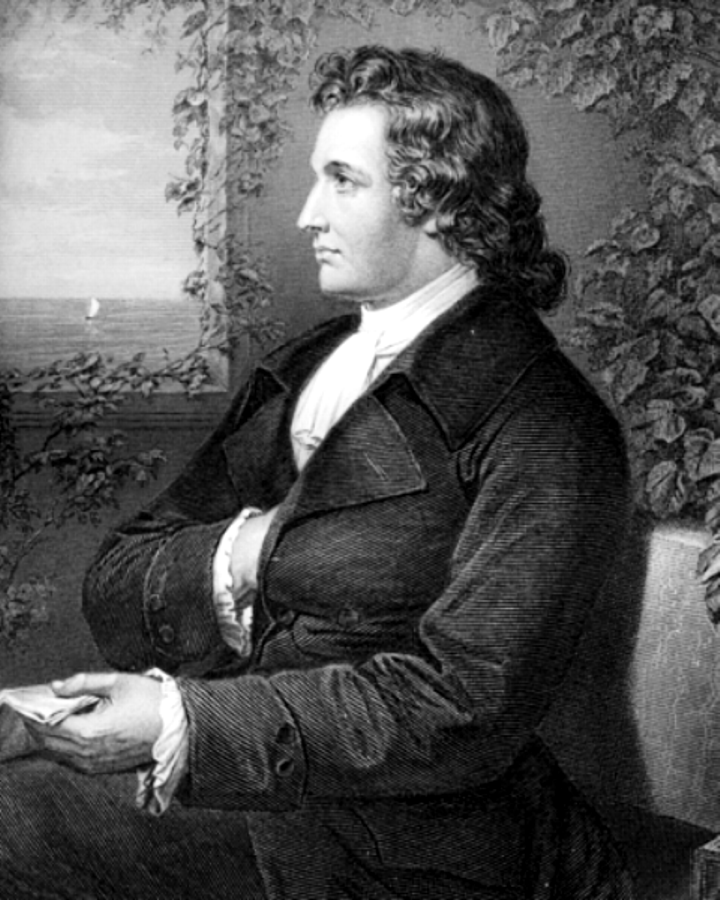 Encyclopedia Britannica states that Goethe is "considered the greatest German literary figure of the modern era. [...] In the literary culture of the German-speaking countries, he has had so dominant a position that, since the end of the 18th century, his writings have been described as "classical". In a European perspective he appears as the central and unsurpassed representative of the Romantic movement, broadly understood. He could be said to stand in the same relation to the culture of the era that began with the Enlightenment and continues to the present day as William Shakespeare does to the culture of the Renaissance and Dante to the culture of the High Middle Ages."[1]

The conversations and various common undertakings of this poet, novelist, playwright, natural philosopher, diplomat, and civil servant from Frankfurt-am-Main (at the time of his birth a free imperial city of the Holy Roman Empire of the German Nation) throughout the 1790s with Friedrich Schiller, Johann Gottlieb Fichte, Johann Gottfried Herder, Alexander von Humboldt, Wilhelm von Humboldt, and August and Friedrich Schlegel have, in later years, been collectively termed Weimar Classicism.

Von Goethe's body of work includes epic and lyric poetry written in a variety of metres and styles; prose and verse dramas; memoirs; an autobiography; literary and aesthetic criticism; treatises on botany, anatomy, and colour; and four novels. In addition, numerous literary and scientific fragments, and more than 10,000 letters written by him are extant, as are nearly 3,000 drawings. Von Goethe's works span the fields of poetry, drama, literature, theology, humanism, science and painting. von Goethe's magnum opus, lauded as one of the peaks of world literature, is the two-part dramatic poem Faust. Von Goethe's other well-known literary works include his numerous poems, the Bildungsroman Wilhelm Meister's Apprenticeship and the epistolary novel The Sorrows of Young Werther.

Von Goethe was one of the key figures of German literature and the movement of Weimar Classicism in the late 18th and early 19th centuries; this movement coincides with Enlightenment, Sentimentality ("Empfindsamkeit"), Sturm und Drang, and Romanticism. The author of the scientific text Theory of Colours, he influenced Darwin with his focus on plant morphology. Von Goethe's influence spread across Europe, and for the next century his works were a primary source of inspiration in music, drama, poetry and philosophy.

The following is a list of the major publications of Johann Wolfgang von Goethe. 142 volumes comprise the entirety of his literary output, ranging from the poetical to the philosophical, including 50 volumes of correspondence. 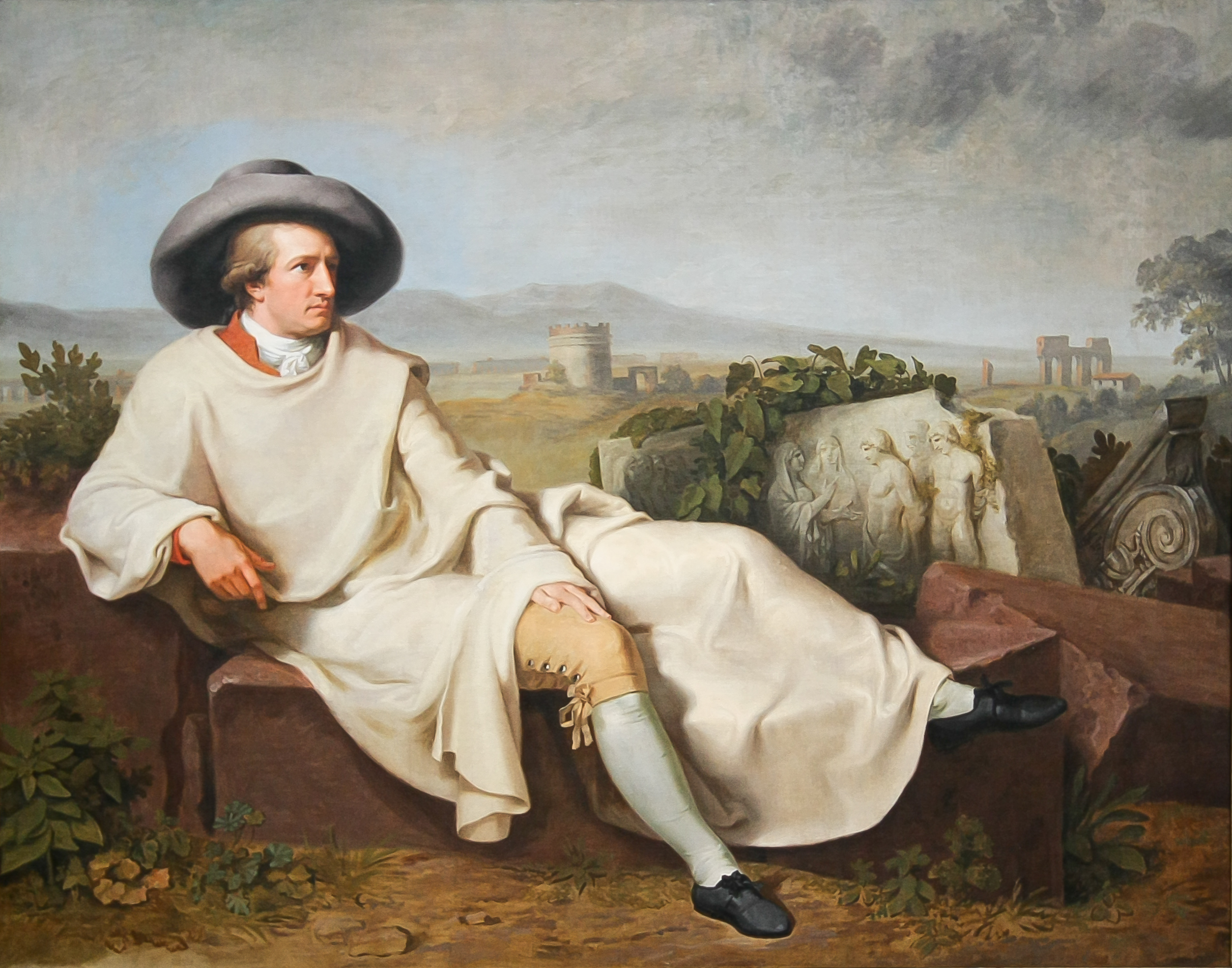