From Metapedia
(Redirected from Darwin)
Jump to: navigation, search 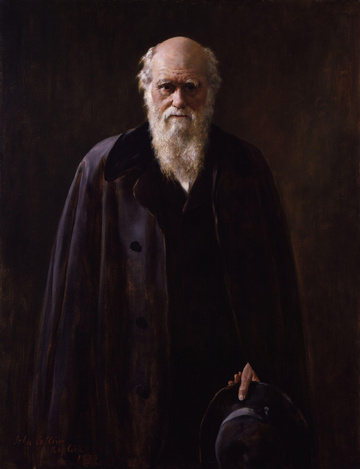 Charles Robert Darwin (12 February 1809 – 19 April 1882) was an English naturalist best known for his contributions to evolutionary theory and his 1859 book On the Origin of Species.

Darwin is now frequently misrepresented (for example, in Wikipedia) as a politically correct race denialist since he argued that the different human races are not different species. Darwin stated that "There is, however, no doubt that the various races, when carefully compared and measured, differ much from each other,—as in the texture of the hair, the relative proportions of all parts of the body, the capacity of the lungs, the form and capacity of the skull, and even in the convolutions of the brain. But it would be an endless task to specify the numerous points of structural difference. The races differ also in constitution, in acclimatisation, and in liability to certain diseases. Their mental characteristics are likewise very distinct; chiefly as it would appear in their emotional, but partly in their intellectual, faculties."[1]

He also had other less politically correct views, such as on dysgenics, and as discussed in the "External links" section.