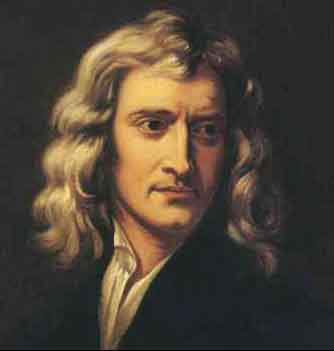 Sir Isaac Newton (25 December 1642 – 20 March 1727) was an English physicist and mathematician (described in his own day as a "natural philosopher") who is widely recognised as one of the most influential scientists of all time and a key figure in the Scientific Revolution.

His book Philosophiæ Naturalis Principia Mathematica ("Mathematical Principles of Natural Philosophy"), first published in 1687, laid the foundations for classical mechanics, and is one of the most important single works in the history of science. Newton made important contributions to optics and he shares credit with Gottfried Wilhelm Leibniz for the development of calculus.

Part of this article consists of modified text from Wikipedia, and the article is therefore licensed under GFDL.
Retrieved from "http://en.metapedia.org/m/index.php?title=Isaac_Newton&oldid=436889"
Categories: