From Metapedia
(Redirected from Enlightenment)
Jump to: navigation, search 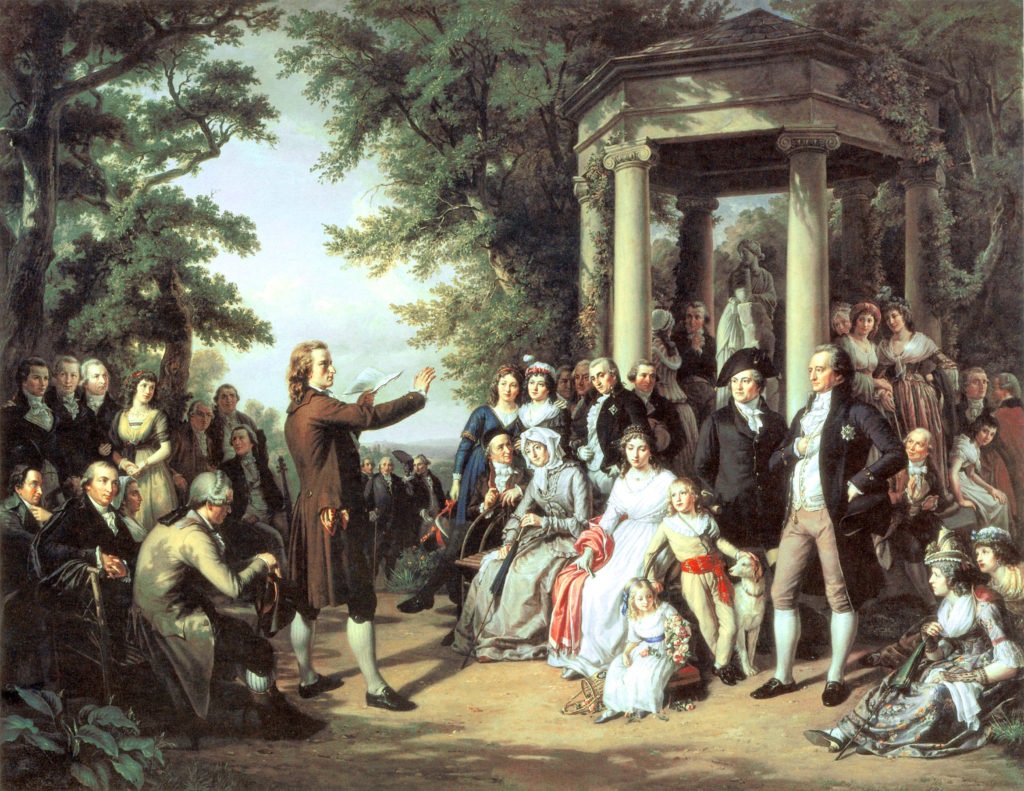 The Age of Enlightenment or the Enlightenment, in European history, refers to an intellectual movement and/or to a time period when this movement flourished, with disputed dates, but sometime around or in the 18th century.

The name was invented by participants in the movement, somewhat similar to how the name the "Renaissance" ("Rebirth") also was invented by participants, who also saw the previous period as a dark age. Another name is the Age of Reason, despite that, for example, medieval Scholasticism also claimed to be based on logic and reason. Prussia took the lead among the German states of the Holy Roman Empire of the German Nation in sponsoring the political reforms that Enlightenment thinkers urged absolute rulers to adopt. There were important movements as well in the smaller states of Bavaria, Saxony, Hanover, and the Palatinate. In each case, Enlightenment values became accepted and led to significant political and administrative reforms that laid the groundwork for the creation of modern states.

German Idealism is a philosophical movement centered in Germany during the Age of Enlightenment of the late 18th and early 19th Century. It developed out of the work of Immanuel Kant and is closely linked with the Romanticism movement. It is sometimes referred to as Kantianism (although that more correctly also involves acceptance of Kant's ethical and epistemological views). Other than Kant himself, the main contributors (who all had their own versions of Kant's theory, some close in nature and some quite distinct) were Johann Gottlieb Fichte, Friedrich Schelling, Georg Wilhelm Friedrich Hegel and (arguably) Arthur Schopenhauer, and additionally Friedrich Heinrich Jacobi (1743 - 1819), Gottlob Ernst Schulze (1761 - 1833), Karl Leonhard Reinhold (1757 - 1823) and Friedrich Schleiermacher (1768 - 1834). Although essentially a German movement, the Swiss-French writer and philosopher Madame de Staël (1766 - 1817) introduced (in her famous book "De l'Allemagne") the works of Kant and the German Idealists to French thinkers, who were still largely under the influence of John Locke at that time. In general terms, Idealism is the theory that fundamental reality is made up of ideas or thoughts. It holds that the only thing actually knowable is consciousness (or mental entities), and that we can never really be sure that matter or anything in the outside world actually exists. The concept of Idealism arguably dates back to Plato, and reached a peak with the pure Idealism of Bishop George Berkeley in the early 18th Century. See the section on the doctrine of Idealism for more details. The German Idealists, however, were dissatisfied with Berkeley's rather naive formulation. In the 1780s and 1790s, Immanuel Kant tried to bridge the two dominant philosophical schools of the 18th Century: Rationalism (which held that knowledge could be attained by reason alone, a priori), and Empiricism (which held that knowledge could be arrived at only through the senses, a posteriori). Kant's Transcendental Idealism claims that we know more than Berkeley's ideas in our minds, in that we also directly know of at least the possibility of "noumena" ("things-in-themselves"), which are both empirically and transcendentally real even if they cannot be directly and immediately known. The actual "phenomena" which we perceive and which we think we know are really just the way things appear to us and not necessarily real. Other German philosophers of the time used Kant's work as a starting point, adding in their own interpretations and biases. As a movement, it was not one of agreement (although there was some common ground), and each successive contributor rejected at least some of the theories of their predecessors.[1]

Many of the United States' Founding Fathers were also heavily influenced by Enlightenment-era ideas, particularly in the religious sphere (deism) and, in parallel with liberalism (which had a major influence on its Bill of Rights, in parallel with the Declaration of the Rights of Man and the Citizen), and socialism in the political sphere.

Typically, The Enlightenment is said to end around the year 1800 and the beginning of the Napoleonic Wars (1804–15). However, some historians argue that the revolution of knowledge commenced by Newton, and in a climate of increasing disaffection with repressive rule, Enlightenment thinkers believed that systematic thinking might be applied to all areas of human activity, carried into the governmental sphere in their explorations of the individual, society and the state. Its leaders believed they could lead their states to progress after a long period of tradition, irrationality, superstition, and tyranny which they imputed to the Middle Ages. The movement helped create the intellectual framework for the American and French Revolutions, Poland's Constitution of May 3, 1791, the Latin American independence movement, the Greek national independence movement and the later Balkan independence movements against the Ottoman Empire, and led to the rise of classical liberalism, democracy, and capitalism.

The Enlightenment Period receives modern attention as a central model for many movements in the modern period. Another important movement in 18th century philosophy, closely related to it, focused on belief and piety. Some of its proponents, such as George Berkeley, attempted to demonstrate rationally the existence of a supreme being. Piety and belief in this period were integral to the exploration of natural philosophy and ethics, in addition to political theories of the age. However, prominent Enlightenment philosophers such as Thomas Paine, Voltaire, Jean-Jacques Rousseau, and David Hume questioned and attacked the existing institutions of both Church and State. The 19th century also saw a continued rise of empiricist ideas and their application to political economy, government and sciences such as physics, chemistry and biology.

The boundaries of the Enlightenment cover much of the seventeenth century as well, though others term the previous era the "Age of Reason." For the present purposes, these two eras are split; however, it is acceptable to think of them joined as one long period.

Europe had been ravaged by religious wars; when peace in the political situation had been restored, after the Peace of Westphalia and the English Civil War, an intellectual upheaval overturned the accepted belief that mysticism and revelation are the primary sources of knowledge and wisdom—which was blamed for fomenting political instability. Instead (according to those that split the two periods), the Age of Reason sought to establish axiomatic philosophy and absolutism as foundations for knowledge and stability. Epistemology, in the writings of Michel de Montaigne and René Descartes, was based on extreme skepticism and inquiry into the nature of "knowledge."