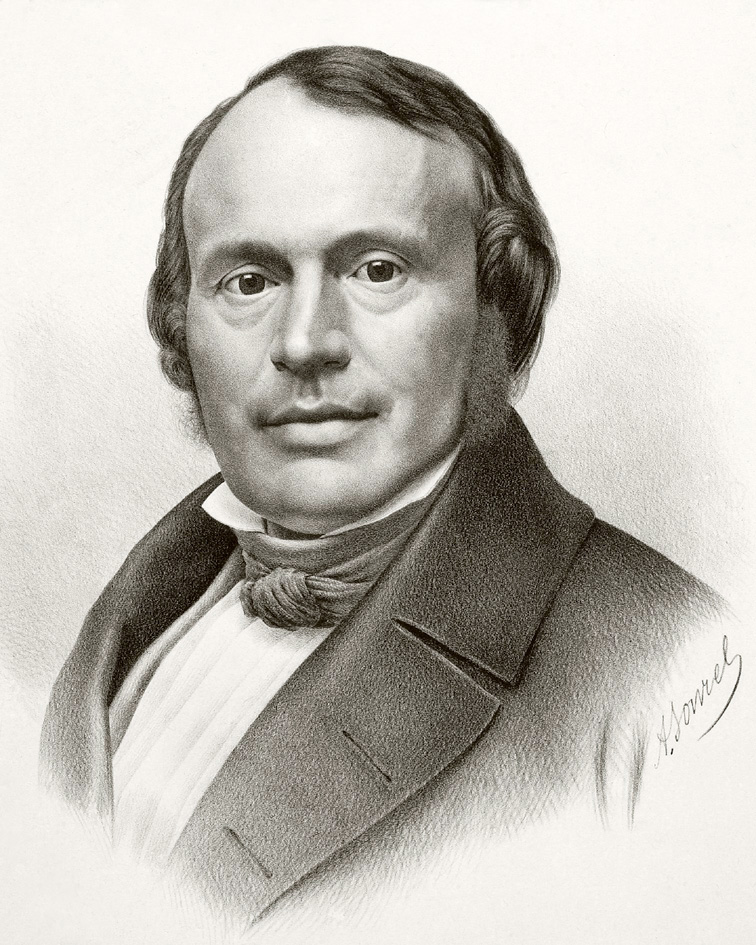 Jean Louis Rodolphe Agassiz (28 May 1807 – 14 December 1873) was a Swiss-American biologist and geologist recognized as an innovative and prodigious scholar of Earth's natural history. Agassiz is known for his regimen of observational data gathering and analysis. He made vast institutional and scientific contributions to zoology, geology, and related areas.

In the 20th and 21st centuries, Agassiz's opposition to Darwinian evolution and support of creationism and polygenism have become increasingly criticized. In particular, claimed racism related to the polygenism has been criticized, despite even leftist Wikipedia being ambivalent regarding this, citing the dubious Stephen Jay Gould as supposed evidence for Agassiz's racist views, but also stating that "others have asserted that, despite favoring polygenism, Agassiz rejected racism and believed in a spiritualized human unity. Agassiz believed God made all men equal, and that intellectualism and morality, as developed in civilization, make men equal before God. Agassiz never supported slavery, and claimed his views on polygenism had nothing to do with politics." However, polygenism was cited by some supporters of slavery, which has damaged Agassiz's reputation by guilt by association.

Regardless, the accusations of racism against Agassiz have prompted the renaming of landmarks, schoolhouses, and other institutions hat bear his name.

Part of this article consists of modified text from Wikipedia, and the article is therefore licensed under GFDL.
Retrieved from "http://en.metapedia.org/m/index.php?title=Louis_Agassiz&oldid=447345"
Categories: