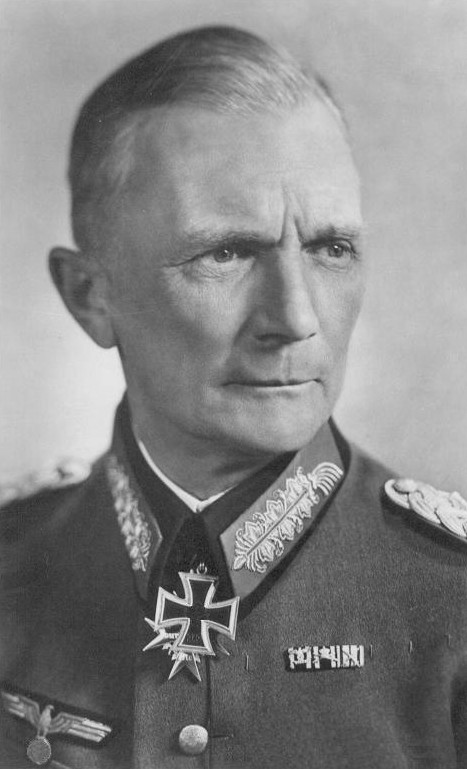 Generalfeldmarschall Fedor von Bock; he was one of only 19 men who received the Pour le Mérite in WW I and the Knight's Cross of the Iron Cross in WW II.[1]

Moritz Albrecht Franz Friedrich Fedor von Bock (ᛉ 3 December 1880 in Küstrin, West Prussia; ᛣ 4 May 1945 in Oldenburg, Holstein) was a German Generalfeldmarschall and a distinguished old-style Prussian officer[2] of the Imperial German Army[3] and the Reichswehr,[4] who served in the Wehrmacht during the Second World War. 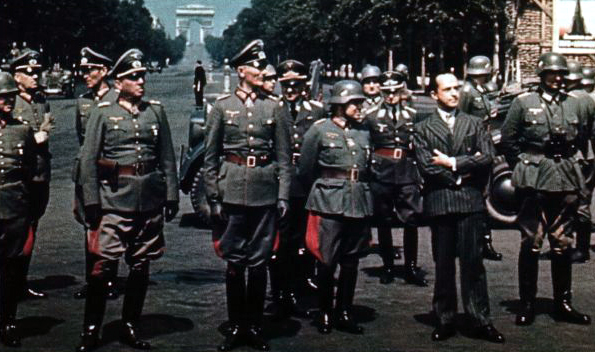 Von Bock and other Generals in Paris, 1940 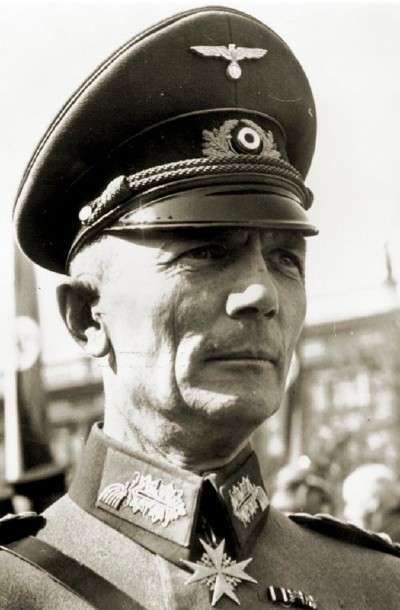 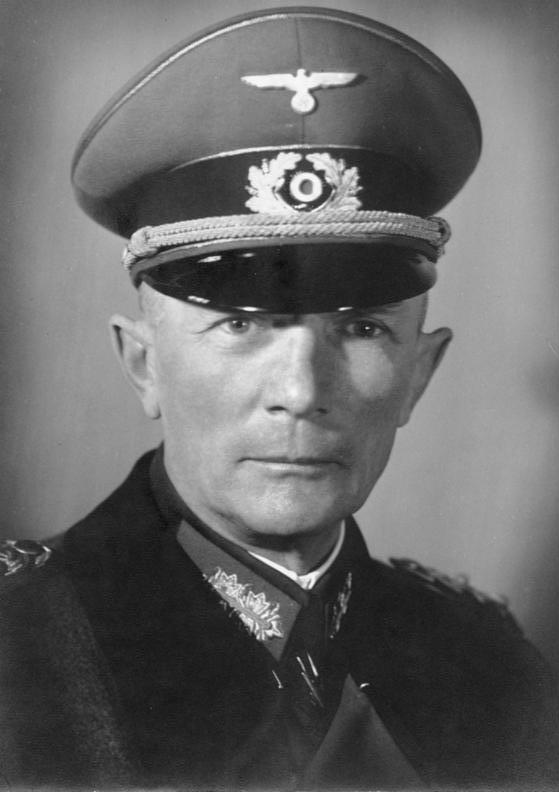 Von Bock is best known for commanding Operation Typhoon, the ultimately failed attempt to capture Moscow during the winter of 1941. The Wehrmacht offensive was slowed by stiff Soviet resistance around Mozhaisk, and also by the Rasputitsa, the season of rain and mud in Russia. Once the full fury of the Russian winter struck, which was the coldest in over 50 years,[6] the German armies quickly became unable to conduct further combat operations, with more casualties occurring due to the cold weather than from battle. The Soviet counteroffensive soon drove the German army into retreat, and Bock — who recommended an earlier withdrawal — was subsequently relieved of command by Adolf Hitler.

A lifelong officer in the German military, von Bock was considered to be a very "by the book" general. He also had a reputation for being a fiery lecturer, earning him the nickname "Holy Fire of Küstrin".[7] von Bock was not considered to be a brilliant theoretician, but possessed a strong sense of determination, feeling that the greatest glory that could come to a German soldier was to die on the battlefield for the Fatherland.

Von Bock was also uncommonly outspoken, a privilege Hitler extended to him only because he had been successful in battle.[8]

With the Russians closing in on Berlin in 1945, von Bock was informed by Erich von Manstein that Grand Admiral Karl Dönitz was forming a new government in Hamburg to negotiate with the invading Allies. Von Bock started off for that city immediately. He stayed the night in a mansion in Petersdorf, near Lensahn and left the next morning early. Von Bock's wife Wilhelmine, his young stepdaughter (Katharina von der Osten), her friend (Ingrid Jahr) and his Chauffeur (Unteroffizier Martin Kallinich) were killed by a strafing fighter-bomber from the RAF on 3 May 1945, only days before the war′s end in Europe, on the road from Kiel.

Bock survived severely injured (his body was bullet-ridden) and burned, he was brought to the Naval hospital in Oldenburg. Generalfeldmarschall Erich von Manstein visited him in the evening, Bock's last words to his friend were: "Manstein, retten Sie Deutschland!" (Manstein, save Germany!). Fedor von Bock died the next day.

At age 64, Generalmarschall von Bock became the only one of Adolf Hitler′s field marshals to die from enemy fire. Days later, the war was already over, he was finally buried with full military honors, which the British occupiers allowed. Generalfeldmarschall Fedor von Bock now lies on the Field of honor, of the St. Catharina cemetery in Lensahn,[9] next to his beloved wife Wilhelmine.

In 1905, the young Leutnant von Bock married Mally Lonny Anna Marga Klara von Reichenbach, a young Prussian noblewoman, whom he had originally met in Berlin. They were married in a traditional military wedding at the Garrison Church in Potsdam. They had a daughter, Mally Lonny Anna Marga Ursula (ᛉ 15 August 1906), born two years after the marriage. Five years later his beautiful wife Mally became ill and died in 1910.