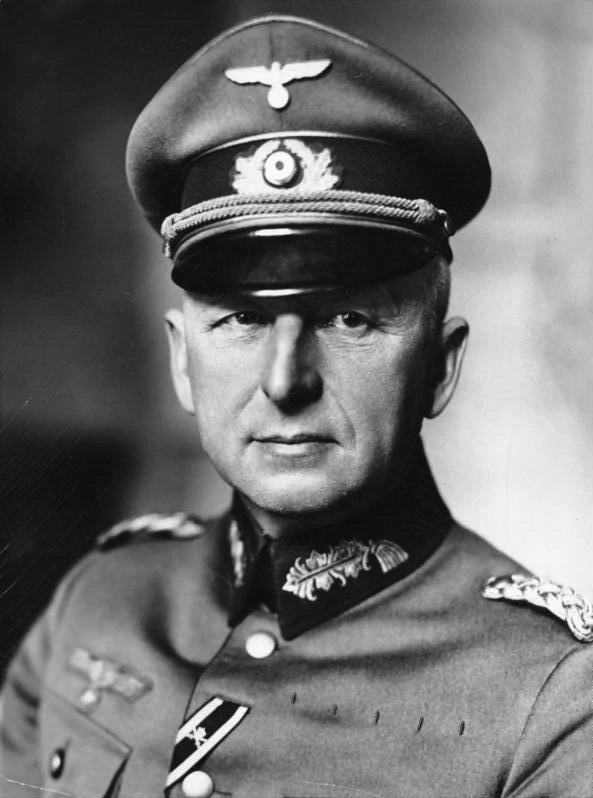 Erich von Manstein (24 November 1887 – 9 June 1973), full name Fritz Erich Georg Eduard von Manstein, was a German military officer during the First and Second World War. Adolf Hitler chose Manstein's strategy for the successful invasion of France. Manstein also participated in the invasions of Poland and the Soviet Union. His ongoing disagreements with Hitler over the conduct of the war led to his dismissal in March 1944.

After the war, he gave evidence for the defense at the Nuremberg trials, supporting the Clean Wehrmacht view. In 1949, possibly as a punishment for this, he was tried for alleged war crimes himself and was convicted. There was increasing public and other support for the view that he had been convicted of crimes that he did not commit, and he was released in 1953.

As a military advisor to the West German government in the mid-1950s, he helped re-establish the armed forces.

Leftist Wikipedia dislikes Manstein greatly for his Clean Wehrmacht views and for the view that he may have been falsely convicted. In a character assassination article, Wikipedia accuses him both of anti-Semitism and of having Jewish ancestry himself.

Part of this article consists of modified text from Wikipedia, and the article is therefore licensed under GFDL.
Retrieved from "http://en.metapedia.org/m/index.php?title=Erich_von_Manstein&oldid=448120"
Categories: